You are here: Home / Is it me? / Racism bad – sexism ignored 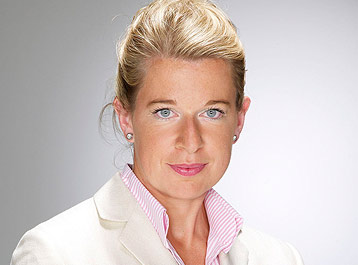 Oh yes, we’re in for a huge hooha about racism on Big Brother. Emily said a forbidden and shocking word. She shouldn’t have done it and BB had no choice but to sling her oot. Fair enough. More likely she is guilty of being unpleasant and stupid than racist.
However, last night I was much more bothered by what I watched on the other side. My husband – who cares about these things – insisted I watched The Apprentice as it’s nearly the end. (Thank the lord, this series has been running for most of the past decade it seems)
None of the people on it are very nice and they are all going through the longest and most elaborate job interview in the history of the world, since last time.
I quite warmed to Katie Hopkins. I thought she was a sensible sort of woman from what I saw over the top of my crossword.
Husband didn’t agree – said she was putting it on. Although it’s hard to see what you’d be hiding to put on such a show of sensible. Anyhow, as I keep telling him, it’s only light entertainment telly and none of it is properly real.
But I was bothered by how closely Katie and the other woman, whose name I didn’t bother with, were questioned about their children, childcare and plans for breeding. None of the men were.
I was especially uncomfortable when Katie was asked what her priority was and she said “my children”. That was pounced upon as if she’d admitted she was a bit fuzzy in the head due to all the baking she’d been doing lately.
If she didn’t say her children were the most important things in her life she’d have been villified for being a callous bitch.
In a nutshell that two minutes of light entertainment summed up the whole women-at-work subtle sexism thing. We all love our kids the very most in the world, but that doesn’t stop us doing a good, reliable and ambitious job at work.
In fact often we’re better at our jobs because we have so much to organise and it just makes life easier to get it right first time.