You are here: Home / makes you wonder / boys will be boys 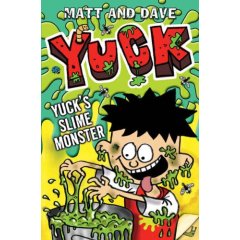 If you were anything like me as an idealistic new parent, you will have looked into your darling child’s deep limpid eyes and promised you would be the best you could.
That would have included opening your infant to as broad a range of – safe – experiences as you could to teach and widen horizens. It would also have meant refusing to pander to stereotypes – gender, race or anything else.
Your little boy angel wouldn’t get nasty guns or get lumbered with nothing to play with but things with wheels.
And your baby girl won’t get stuck with duff caring, women-role nonesense like dollies, kitchens and dressing up in shoes.
My resolution lasted until the first child made a gun out of Lego and his brother went rally driving with the doll’s pram.
However while some of it is clearly in the genes, do we have to get quite so into the “sugar and spice”, “slugs and snails” thing?
Have you looked at the kids’ department of your local bookshop lately? Boys – it’s got to be ill-mannered, malodourous and squidy; Girls – pink, emotional and needy.
We are giving our children a one way ticket to Mars and Venus respectively. They’ll get there of their own accord in time, what’s the rush?

◄ Reaching out
Rat in the kitchen ►