You are here: Home / things I learned from my children today / The fascinations of scatology, garbage and chemistry 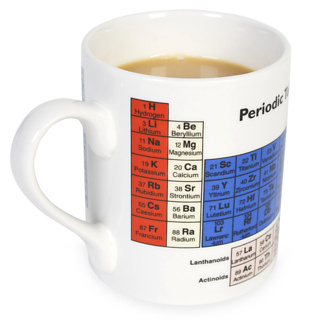 I don’t need to worry about modern communications taking my children into a sophisticated adult world too soon. Boy Two decided a while back that he would like an email address to write to his grandmothers, his dad and his friends. It was fairly hard to find a reason to say no, so I set it up. I sneak on to his account from time to time to see what he’s up to. His most recent correspondence was to the Panther of News. It read: “Pooooooooooooooooooooooooooooo!!!!!!!!!!!!!!!!!!!!!!!!!!!!!”

Rubbish is endlessly fascinating. Boy Three, frustrated by trying to crawl and falling over, takes freewheeling refuge in his baby walker. He’s very happy there scooting around and causing havoc at 18 inches from ground level. It doesn’t matter what manner of appropriate, colourful things we plant for him at that height – the bin, usually starting to overflow at about grabbing hand level, is irrisistable.

Sometimes I only have myself to blame. It all started when I dropped Boy One’s favourite mug on our unforgiving kitchen floor. In a fit of remorse, I promised to buy him a new one that would be just as good. Happily this happened on a morning I was meeting the Mrs H for coffee and buns in Glasgow’s West End. With her direction I found the very thing in Felix and Oscar – a mug with the periodic table on it. I knew Boy One would like it, he’s a bit of a boffin and loves things that sort into tidy logical cateogories. This morning the breakfast conversation turned to his new mug.
“So these are the ingredients for everything in the world then?”
“Pretty much, yes.”
“Cool. So this is chemistry?”
“Uhuh. And that’s part of science, with physics.”
“What’s physics about?”
“Um. Energy like electricity and forces and stuff like that. How things in the world relate to each other.”
“What’s quantum physics then?”
“Um. Er. Eat your Cocopops or you’ll be late for school.”
“OK. And, mum?”
“Mmmm?”
“Can I have a chemistry set?”