You are here: Home / alex salmond / Things I learned from my children today 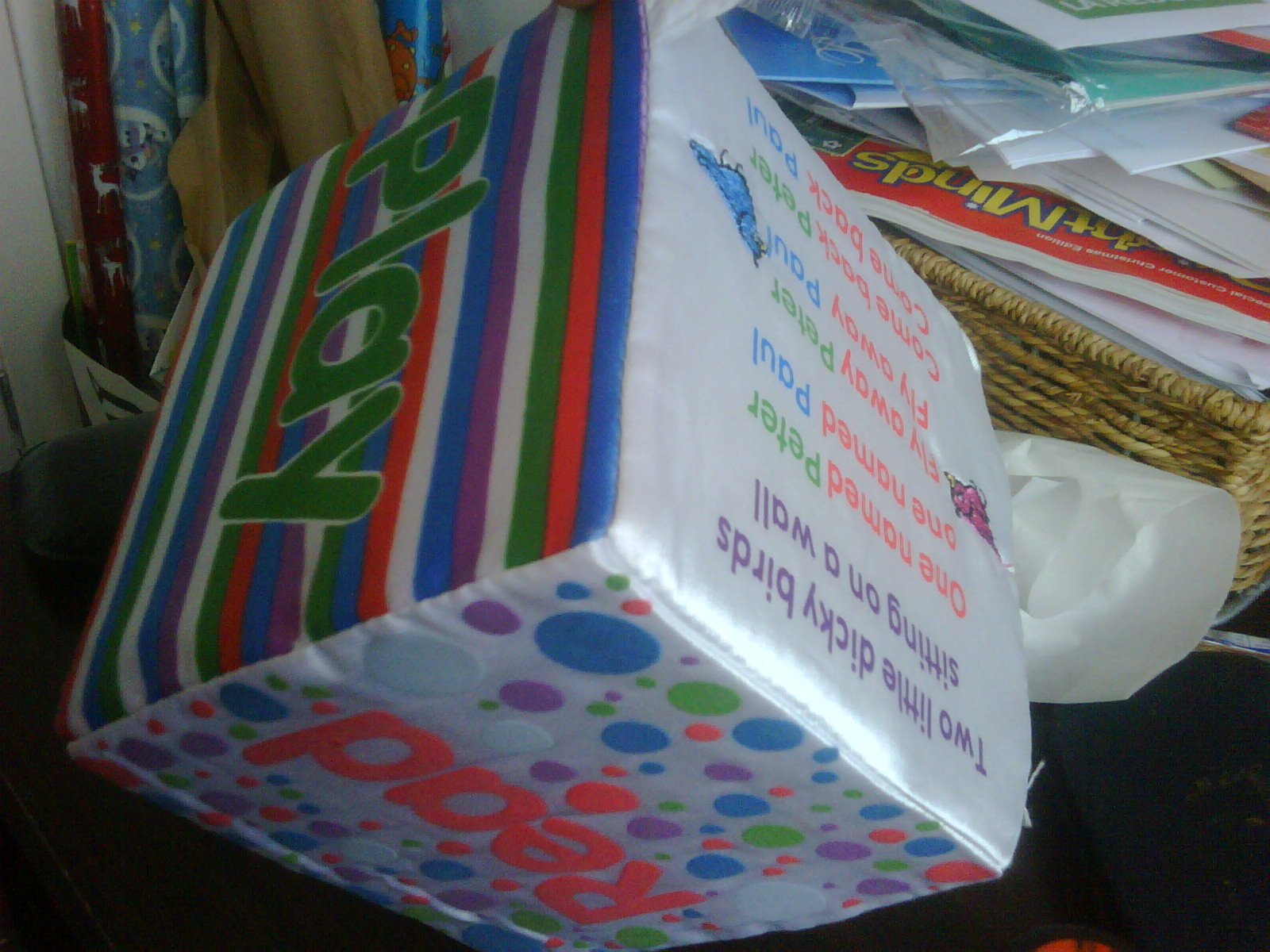 I don’t need anyone to tell me how to play with my baby. That nice Mr Salmond has sent Boy Three a pressie, or at least someone from his Department of Smarter Scotland did. It’s a foam cube that makes lots of interesting noises and is decorated with jolly words. “Play”, “talk”, “read”. It also, helpfully, has the words of Two Little Dicky Birds in case I’d forgotten. The other two sides include the following advice: “Games to play with this cube. Peek-A-Boo. Hold it in front of your face and peek out. Hiding. Hide it and let your wee one find it. Your wee one loves to hear your voice, so why not tell them what you’re doing. When you’re unpacking the shopping tell them what you’ve bought, show them where things go, shake boxes and rustle packets. Don’t forget, you can kick, throw and catch it too.” Thank goodness for that, I was wondering what I should be doing with Boy Three.

There’s a lot we can learn from Aspies. They never, ever get fankled up about what wasn’t said. They don’t spend gnawing hours reflecting on whether or not someone was just being polite and secretly thinks you’re a nutter or a dullard. They never get butterflies about making a phone call because although the recipient said “any time” they almost certainly didn’t mean it, did they? Nope, it’s simple for them – when someone says “lovely”, “great” or “fab”, it’s because that’s exactly what they mean. Wouldn’t that be good?

Sony and their ilk really have no shame. Boy Two nagged, cajoled and begged for a PSP this Christmas. He wanted to play LittleBigPlanet – apparently the best game in the world ever and only available on PSP. So, looking forward to seeing his little face aglow, I shelled out for one and they’re not cheap. On the big day Boy Two spent an hour or so in PSP heaven before his specs misted up with tears. “I can’t save it. I’ve lost all the game I’ve played and it’s all your fault.”
“What! How?”
I forgave him his unreasonable outburst and ratched through the boxes and wrapping for the instructions. Apparently you need a memory card – £25 extra, not normally included and they don’t mention it at the time – in order to save games during play. I’ll bet the Panther of News wasn’t the only parent trailing to Comet on Boxing Day to buy £25 worth of contentment.