You are here: Home / books / Write about now they’ve gone and done it 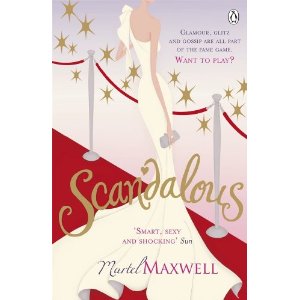 There’s an old joke about two journalists who meet in the pub.
One says: “What have you been doing?’
The other replies: “Oh, writing my novel.”
The first one says: “Yeah. Me neither.”

That’s the thing they – we – are all writing ‘the’ novel and waiting to be discovered as a serious writer not just a hack. But as time passes I find more and more of them are actually doing it – getting the book finished… and published.

And this week there goes another one. Martel Maxwell‘s first novel Scandalous was out on April 15. I’ve never actually met Martel, but we’ve spoken and tweeted. Among other things, she’s the Scottish Sun’s celeb columnist and used to sit next to The Panther at work. From what I can tell she sounds lovely and I wish her well with her book – it plopped through the letter box and is sitting here all tempting.

The list of friends, colleagues and hacks I have some link to or sat in the same room as gets longer every month.

Douglas Jackson – Caligula. Daily Record colleague and all-round good egg. Wrote his toga tales on the train to and from work. Now they’re published all over the world. He blogs too.

Ruaridh Nicoll – White Male Heart and Wide Eyed. Studied journalism on the same course as me at Napier. At the time he said he didn’t need to learn shorthand for his career. Turns out he was right and his darkly delicious books are a great read.

Andy Nicoll – The Good Mayor. Another one I don’t actually know but have heard the Panther talking about/to often enough. By day he’s the Scottish Sun’s political reporter, but night he weaves tales of magic and romance. Who’d have thought? Actually, the book’s lovely.

Lennox Morrison – Great chum of my ex husband, inspiring lady and cracking journalist. Margaret changed her name to Lennox and wrote a couple of deeper-than-you-could-tell-from-the-cover novels. Last heard of living the dream in Paris.

Neil Oliver – another of the Napier alumni (1992). Now housewives’ favourite and pusher of hair from his eyes on a windswept Coast cliff. Often to be found on our telly talking about history. His book Amazing Tales For Making Men Out Of Boys is a must-read for chaps (and chapesses)

Anna Smith – was chief reporter at the Scottish Daily Record and, frankly, more than a bit scary. Her novel Spit Against The Wind tells of growing up and other miseries in Ayrshire of the 1960s.

And the upshot of this outpouring of literary lava from the journalistic volcano? If they can do it, so can I… if only I had the time. Actually, if any agents or publishers are happening past, I do have a few chapters.