You are here: Home / things I learned from my children today / Buckets, baths and boring grown-ups 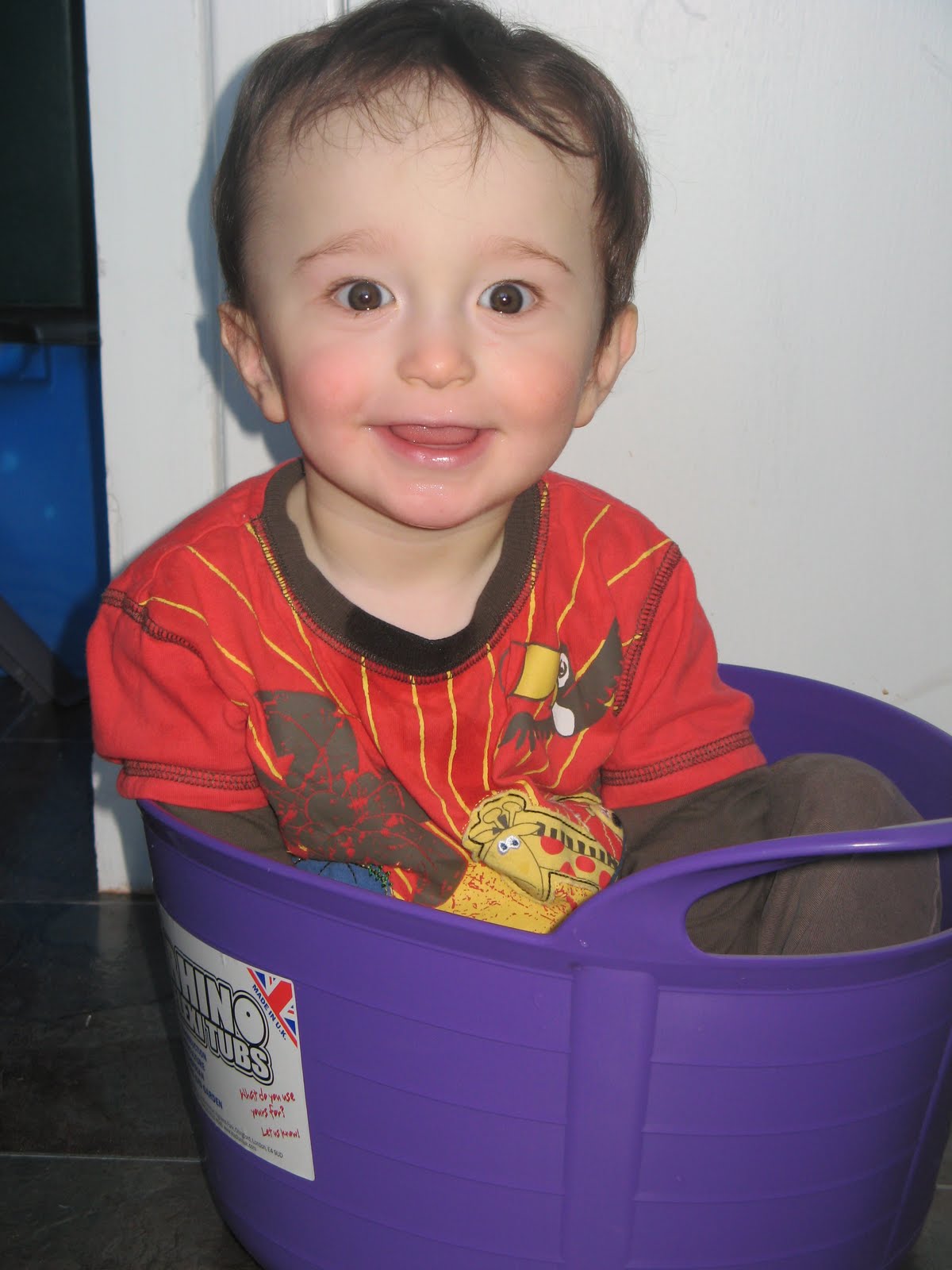 All you need is a bucket and a song. Boy Three likes a good tune, but his favourite is, without doubt, Row Your Boat. Thanks to cousin Baby G for reminding us how good it is, especially the crocodile bit.

You’re never too big for bathtime fun. Boys One and Two vie for the chance to get in the bath with Boy Three. Today’s solution was that all three would get in together. I got an idea of why mother birds look so harassed when their chicks are all chirping at her from the nest. Then it became apparent that Boy Three was actually not the attraction, so I fished him out and left Boys One and Two playing happily in the bath together until they were wrinkly.

The definition of grown-up might be someone who understands that politics is important and cares about what happens next. The younger noses in the house were very out of joint today while The Panther of News and I tried to keep up with the next thrilling installment of who’s in bed with whom and what did it cost to get them there. Eventually they gave up trying to get us to turn it over to the Simpsons and started dejectedly watching.
“Who’s he?” asked boy Two.
“Um. He’s on the Conservative side and used to have an important job in the government.”
“Then why are they calling him that?”
“What?”
“HURD. LORD HURD. That can’t be a real name.”
“Um.”
And, Boys, nice idea that it is, I don’t think they’d go for taking turns and setting a timer so they know when to swap over, would they?