You are here: Home / Uncategorized / How do you make a shrunken human head mummy? and other imponderables 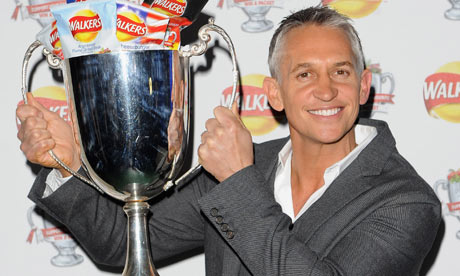 I was taking Boy One to youth club on Monday evening. The sun was shining, but low down so dust motes sparkled, the day was more or less under control and all was well.

Boy One was talking about Walkers Crisps and their Flavour Cup range.

In case you haven’t noticed, and if you’re over 12 and don’t have a thing for Gary Lineker then it’s quite possible you haven’t, they have World Cup themed flavours. Only, to make sure they don’t limit themselves to the ones that qualify, they’ve gone for flavours from any nation that has food and balls.

See what they did there?

Well Boy One spotted a packet of haggis flavour in the supermarket and he was instantly hooked. Knowing the Panther of News is partial to a little haggis, he nagged and nagged for a packet.

“But why will you try haggis crisps when you’d rather eat Lego than real haggis?”
“Oh, this isn’t for me, it’s for PoN. He’s going to love it.”
Of course he is.
Actually it seems Boy One is a better judge than me, PoN reported they were quite yummy.

However, since then crisps have become a fixation – which flavours to try and who’d which best. I was secretly flattered to be linked to Brazilian salsa.

So in the car the conversation was at American cheeseburger again.
“How do they make it taste so much like American cheese burgers?”
“I don’t really know, but I’m fairly sure there are no burgers or cheese in it.”
“I think they have burger flavour, cheese flavour and bun flavour and they mix them.”
“They might well.”
“PoN is from Yorkshire, he’d like the roast beef and Yorkshire pudding flavour, I know he would.”
“Well yes, but he would probably rather have real roast beef and Yorkshire puddings.”
“What’s a Yorkshire pudding?”
“It’s delicious. It’s a close relative to a pancake, but when you cook it in the oven it it puffs up and gets full of air. The PoN is actually very good at cooking it.”
“I still think he’d like the crisps. We must get some.”
“Why are roast beef and Yorkshire pudding crisps better than real road beef and Yorkshire pudding?”
“Because they’re cheaper.”
“Oh.”
“How do you make a shrunken head?”
“What?”
“How do you make a shrunken head?”
“You mean a human one?”
“Yes, I’d like to make one.”
“Um. Where did you hear about that?”
“The Simpsons. So?”
“I don’t really know, but I’m pretty sure you’d have to start by cutting someone’s head off and I don’t think that’s a very good idea.”
“OK, see you later.”
Phew

UPDATE: The Panther of News gave me – among other lovely things – a packet of Brazilian Salsa crisps. Awww.