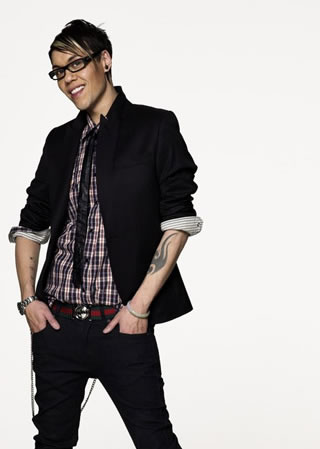 I’m going to say something shocking, it’s been on my mind for a while. Here I go – Gok Wan is pants. There I’ve said it and I’m expecting an army of Gok-worshipping, shopping-obsessed harpies to be waiting for me around the next corner.

What’s brought this outburst on? Well if you’ll just cease the stunned screeches and gasps for a moment, I’ll explain.

Last night a miraculous eleventh-hour rallying saw the Panther of News able to crawl from his death bed to his pal’s house to watch the football. This has been a very unpleasant place to be since Boy Two started the family game of pass the norovirus. There I was, alone on a Friday night, tired kids all tucked up and no particular deadlines to meet. I put the telly on.

And national treasure and homosexual stylist of choice, Gok Wan was being rude about people’s clothes. He’s not coming anywhere near mine, that’s for sure. Anything older than five years should get the boot, according to his rules. How is that shop less – wear more? And at what point does something rejected because it’s lasted 60 months become vintage?

Fascinated I watched on. Sure, all that stuff about dressing for your body shape is pretty basic. The insufferable Trinny and Suzanna had that one nailed already. And, actually, it’s fairly obvious, isn’t it? If you’re short and stumpy, don’t wear things that make you look shorter and stumpier. And if you aren’t sure about how short and stumpy you look, em, use a mirror.

Then gushing Gok plucked 59-year-old cleaner Maureen from the crowd for the “makeover of her life”. Trim Maureen was later seen mincing up her High Street doing a passable impersonation of Grace Kelly. And she did look lovely with nice makeup with use of lids by design and a decent ‘do’ for her big reveal. There were tears, obviously. But, hang on, she’s a granny who works as a cleaner in a nursing home. Erm… When exactly are the chiffon floaty trousers or technicolour frock going to come in handy. Admittedly there was a beautiful floaty cardi and that wrappy necklace thing would be useful, but the rest just wasn’t really that practical.

Then it was the High Street v High End pantomime. Gok’s best bit were the beautiful purple suede shoes, but at £95 they’d certainly fall into my v special purchase and don’t tell the Panther how much they cost category. (Don’t panic sweetheart, none of my shoes cost that much). Then he stitched piping onto a beautiful – £199-beautiful – coat. An act of vandalism if you ask me. But was it worth it? Frankly, no. His models looked over-trimmed and the end result tacky. So much man-made fibre, if you turned off the lights there would be sparks. I know the “high end” logic of spending more on your shirt than you’d spend on a month’s groceries is bonkers too, but feel the quality. The clothes – in the main – are made to last, longer than Mr W’s five years certainly. I’m seriously in lust with that lilac coat by Mackintosh – putting piping on that would be punishable by subjecting yourself to a GW makeover in front of anyone you’ve ever fancied, even a little bit.