You are here: Home / football / Raise your flag even if you live in Scotland 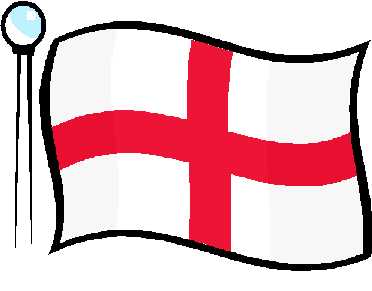 Can I get a couple of things out of the way first?

I don’t dislike football, I just don’t really see the point. I haven’t watched a whole match that didn’t feature one of my offspring for, erm, ages. Actually I remember. It was the last time Scotland was in the World Cup and I was sitting in a Scottish newspaper office waiting for the game to finish and dictate the rest of my working day. There wasn’t much else to do.

I’m Cumbrian – and, yes, that means I’m English, but not, I think, the same English of Home Counties and flat vowels. A Northerner, I’d say, of the Border country, around the Border, that is, not one side or the other.

I live in Scotland because I like it here. It’s a fine place to live, work and bring up a family. I’m 43 and it’s easier to count the years I didn’t live here – as a grown-up, probably about two if you add up the various bits. Maybe three. I went to school and university in Scotland. I pay taxes. Two of my kids were born here. I’d like to think I’m as much an equal citizen of this country as anyone else. I understand Scotland, both its funny little ways and the big stuff.

Right then. So World Cup fever is building. The England squad training like billy-o in their camp in South Africa and, apparently, they are in with a chance. In England it looks a little bit like another Christmas has come along in June. People with things to sell are rubbing their hands together and getting their clever minds turned to the task. Songs have been released – I can’t get that Wave Your Flag one out of my head. And many inches – some written by me – have been devoted to the minutiae of the lives of the WAGs. And believe me some of it is extremely minute.

So what’s happening in Scotland? Well sticking with the Jingle Bells analogy, we can hear the Ho Ho Hos, smell the mulled wine and see the stockings laid out for Santa. But Big FC ain’t coming here. We are allowed to come round and see what he brought, maybe even play with it for a bit, but it’s not ours for keeps. Christmas is not coming here.

Ok, you can see how it might be a bit galling that your neighbour is having Christmas and you’re not getting any presents. You probably won’t even get turkey. However, it’s not the festive neighbour’s fault and neither are they munching mince pies to spite you. So really it would be exceptionally churlish to set traps to stop Father Christmas emptying his sack – blocking the chimney, poisoning the reindeer and sabotaging the sleigh are not going to stop him for long.

The grown up thing is to take it on the chin. Santa’s not coming, he doesn’t care about us. We didn’t get into the World Cup, we weren’t good enough. The neighbours have invited us to the party though, wouldn’t it be gracious to accept and, even, join in a little. You never, know it might be fun.

1966 will not go away as long as there are Scots muttering bitterly about how the English don’t shut up about it.

Getting children to support whatever team England is playing can only teach meanness and spite not patriotism. It happened at my kids’ school last time and I may not be held accountable for my actions if it recurs.

The Anyone But England campaign is not funny, it’s nasty.

International sporting events where England gets through and Scotland doesn’t are the few times when this country that I love living in stops feeling like home.