You are here: Home / art / The one with art, school dinners and sharp teeth 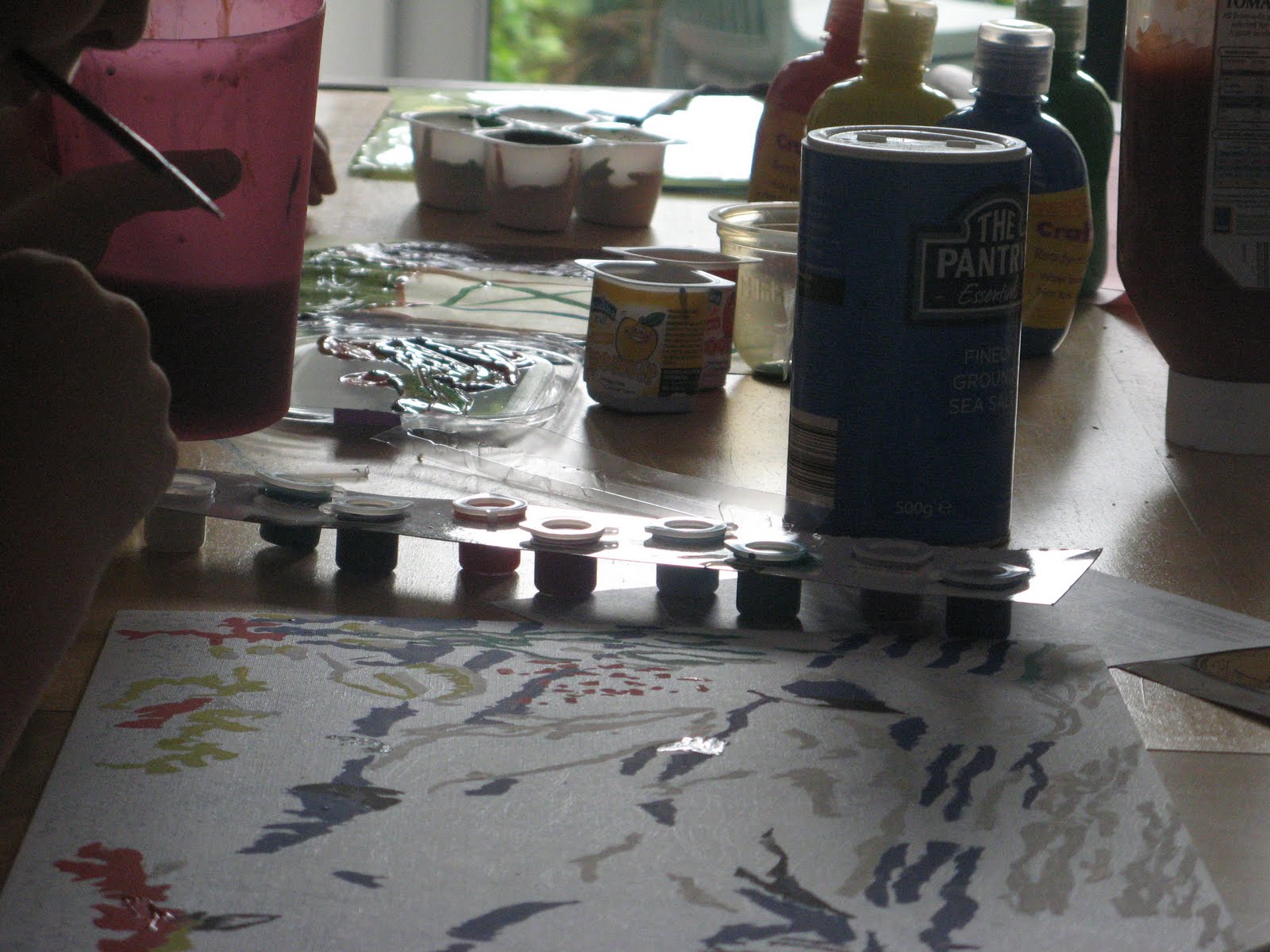 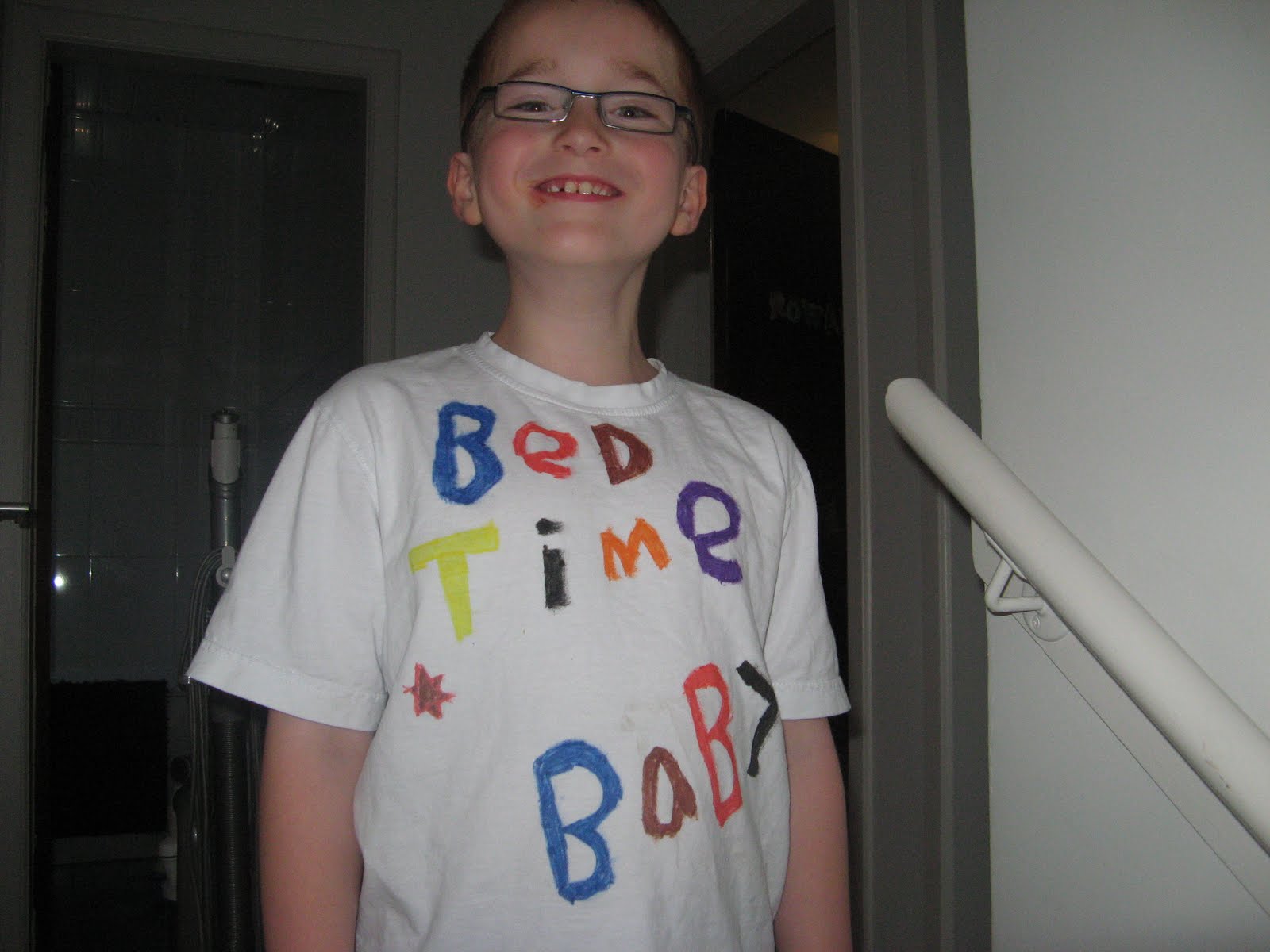 Colour by numbers isn’t as easy as all that. Boy Two has an art thing going on and he’s very good. See the T-shirt he decorated, I think it’s cool. He asked for a colour by numbers painting so, yesterday, I met Super Sister and Baby G at The Fort in Glasgow for a catch-up and we spied the Hobbycraft shop. Heavenly, as we ambled round we had to keep reminding each other that neither of us had the time for the hobbies we already do… I picked a CBN undersea scene and Boy Two has been hard at it since he got home from school. It’s really hard, there’s mixing to do and the sections are titchy. He’s loving it.

Boy One will try school dinners at high school for the first week. He doesn’t go until 2011, but he is keen on forward planning. At primary he struggled with meals in the noisy chaotic dining hall where he didn’t always know what he was expected to eat. The school have been fabulously accommodating and now they serve him hotdogs, grated cheese and ketchup which he is allowed to eat standing at the clear end of the serving hatch with his coat on and the hood up. I’m just adding helping him get from this to a high school canteen to my to-do list…

Baby teeth are sharp. More a reminder than a learning experience. Boy Three has taken to seasoning his lovely cuddles with a bit on the arm, neck, cheek or shoulder. I’ve got little bruises. I’m trying to put him on the floor with a stern ‘no’ the moment he does it. But it’s not always possible. As Boy One said: “What if he bit you when you were carrying him on a tightrope or over a pit of crocodiles?”

◄ Confession: there’s a little girl I just don’t like
Postcard from Turkey ►