You are here: Home / Google + / Laundry lament – a song for Bosch 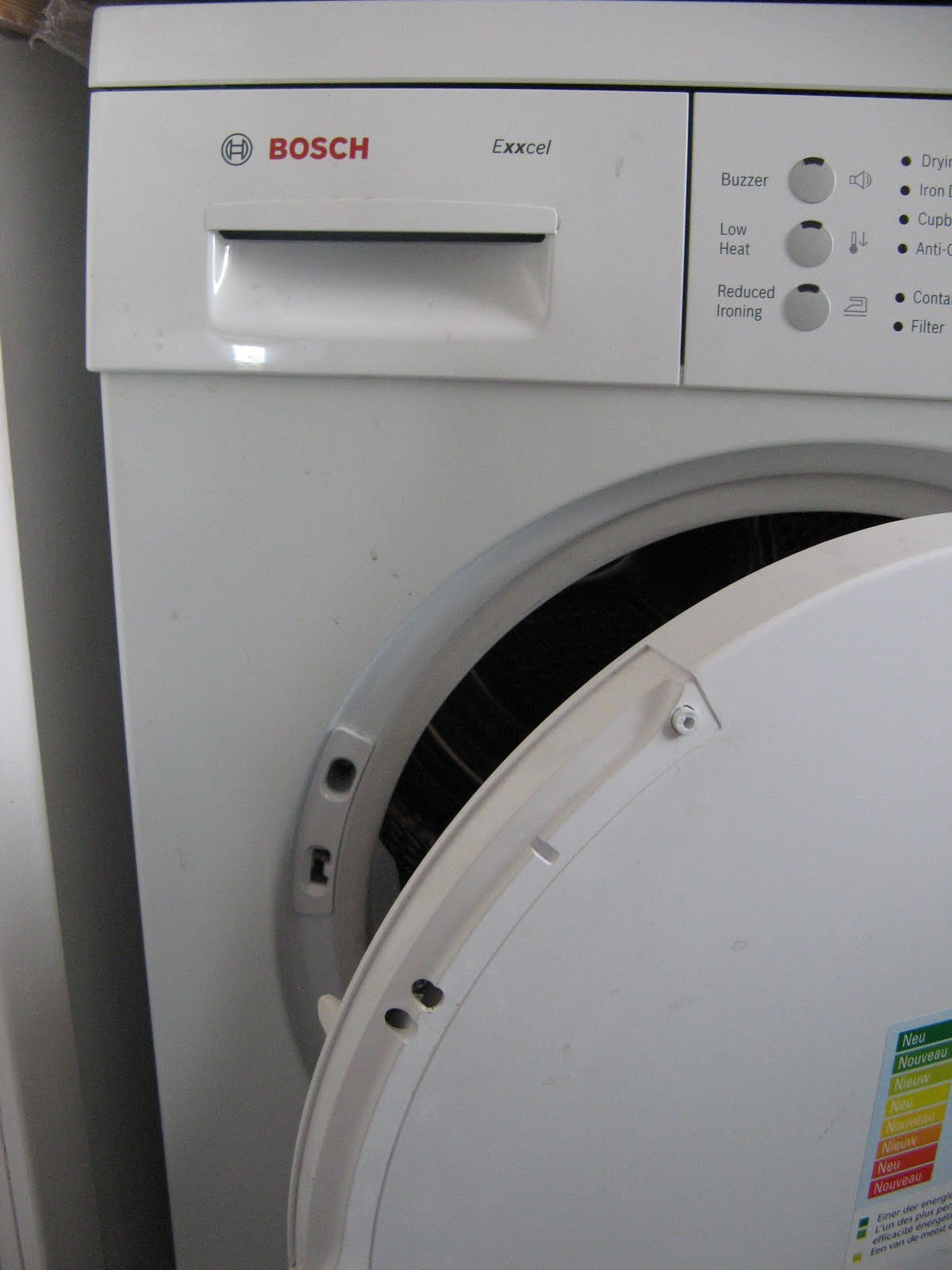 Yoohoo. Helloo. Mr Google. Anyone there?
(Taps fingers and sighs)

Oi Google, over here.
Ah, there you are. Now come in and bring your Alerts thingy, the one for Bosch because I’m talking about my 18-month-old Bosch Exxcel tumble dryer… or rather its door handle.
Now Google, you don’t mind if I call you that, do you? Make yourself comfy. That’s it.

Once upon a time my dryer and I were in love. I fed it soggy stuff and it returned soft scented garments that didn’t, generally, need ironing if I got them hung up sharpish. All I had to do was empty the water thing and scrape lovely fluff from the filter.

Did I mention I have a thing about dryer fluff? It’s so pretty and soft.

At first it seemed Which? were right. It gave Value for Money, Good Performance and Reliability.

Anyone else use the Which? cost-performance crossover to decide about buying boring things? Rank the stuff Which? has tested in order of wonderfulness and go down the list until you find the first one you can afford.

The honeymoon ended when the first handle fixing bit broke. At the time I was pregnant and bending down only happened in my fantasies, so I thought perhaps I was tugging unevenly at the top. I phoned Bosch who said: “Not covered in your warranty, you’ve pulled too hard.”
“Oh.”
But at about £6 for a replacement including delivery I didn’t have the energy to argue.

Then the first one went “pop” and the handle got wobbly. Sure enough it wasn’t long before it came off all together.

Another one is on its way and it’s still a bargain at around £6. But that’s not the point, really, is it? My dryer and I should be preparing to grow old together. Instead, I’m cross.

So, Google, you see. I really want this story to have a happy ending but I fear the worst. I see you’ve taken notes, now would you be a good and helpful search engine and run along to Bosch and tell them their door handle is crap and it’s coming between me and my dry fluffy clothes.

See yourself out, bye now.