You are here: Home / aspergers / Yoga – bending over backwards to help my boy 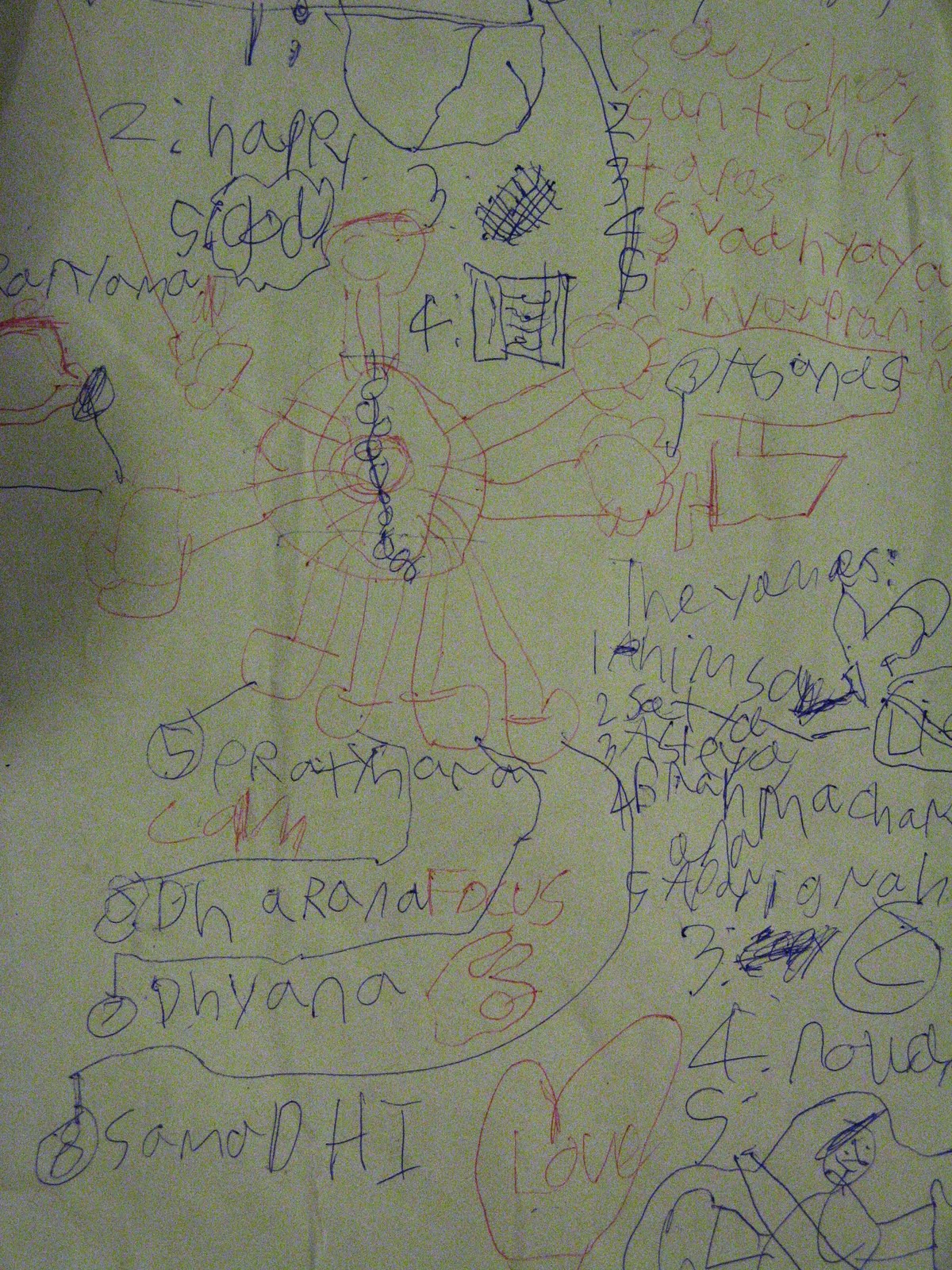 So, yoga for kids.. a bit Birkenstock and Boden? Only for children who eat olives and read Swallows and Amazons – not really for nugget eating, DSi tapping, I’ll-wait-for-the-movie youngsters?

Then there I am on a mat in a front room curled into a ball while my 10-year-old son drapes himself over my back. We hold hands. During the following relaxation bit I wrap his long limbs in a blanket and cuddle him. He accepts the embrace in a way he hasn’t done since he was small.

It’s very hard to write about doing yoga with my Boy One without sounding like the kind of parent I usually avoid like the proverbial on the basis that they are smug and they make me feel inadequate.

Years ago, once I got over giggling that people actually sit in dusty village halls going ‘om’, I began to love yoga. It makes me better, stronger and less stressed. I’ve tried various versions from full-speed sweat-making ashtanga to intense sessions with a serious Sri Lankan chap in authentic yogic PJs.

So when Boy One – who tends to tense stressiness – showed an interest in my yoga (ok the little bit of fauxga you get with a WII Fit) I grasped the opportunity. Boy One is not naturally physical, he hates team games and can’t see the point of sports. Karate, beloved of many Aspies, left him bewildered. Swimming is a lark, but more an exercise in drifting then focusing effort.

I found the lovely Janis who specialises in teaching yoga to children and was delighted to meet Boy One and agreed to take him on. At first he grumbled and groaned, but then he always does when he’s obliged to do, largely, anything about which he doesn’t have an obsession.

Then the complaints stopped and he began to come away fractionally less brittle and twitchy. One rare day when the heavens allowed, I brought him to yoga alone. Normally I juggle the noisy brothers while Boy One does his oms. Janis invited me to join her and Ally.

It was a proper pleasure to see him showing off what he’d learned – a bridge, sun salutation, candle and mountain pose – and for him to help me through my paces. We worked together, comfortably in contact while he grinned and grinned. A real treat, thank you Janis.

The picture is his illustration of the Limbs of Yoga.

◄ My name is mummy… please use it
Toast: a little shelter on a stormy day ►