You are here: Home / housework / Vorticity and a different domestic stumbling block 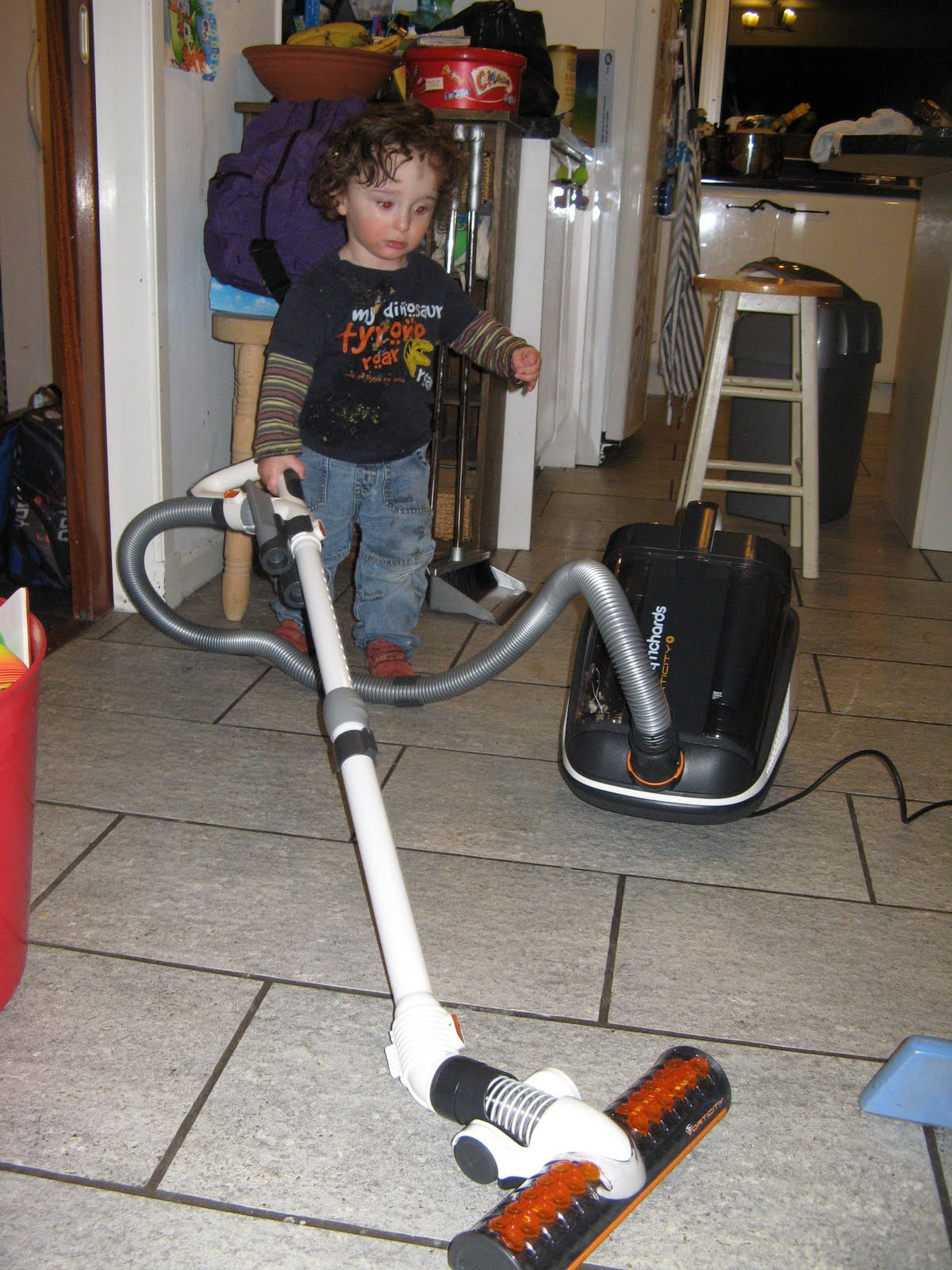 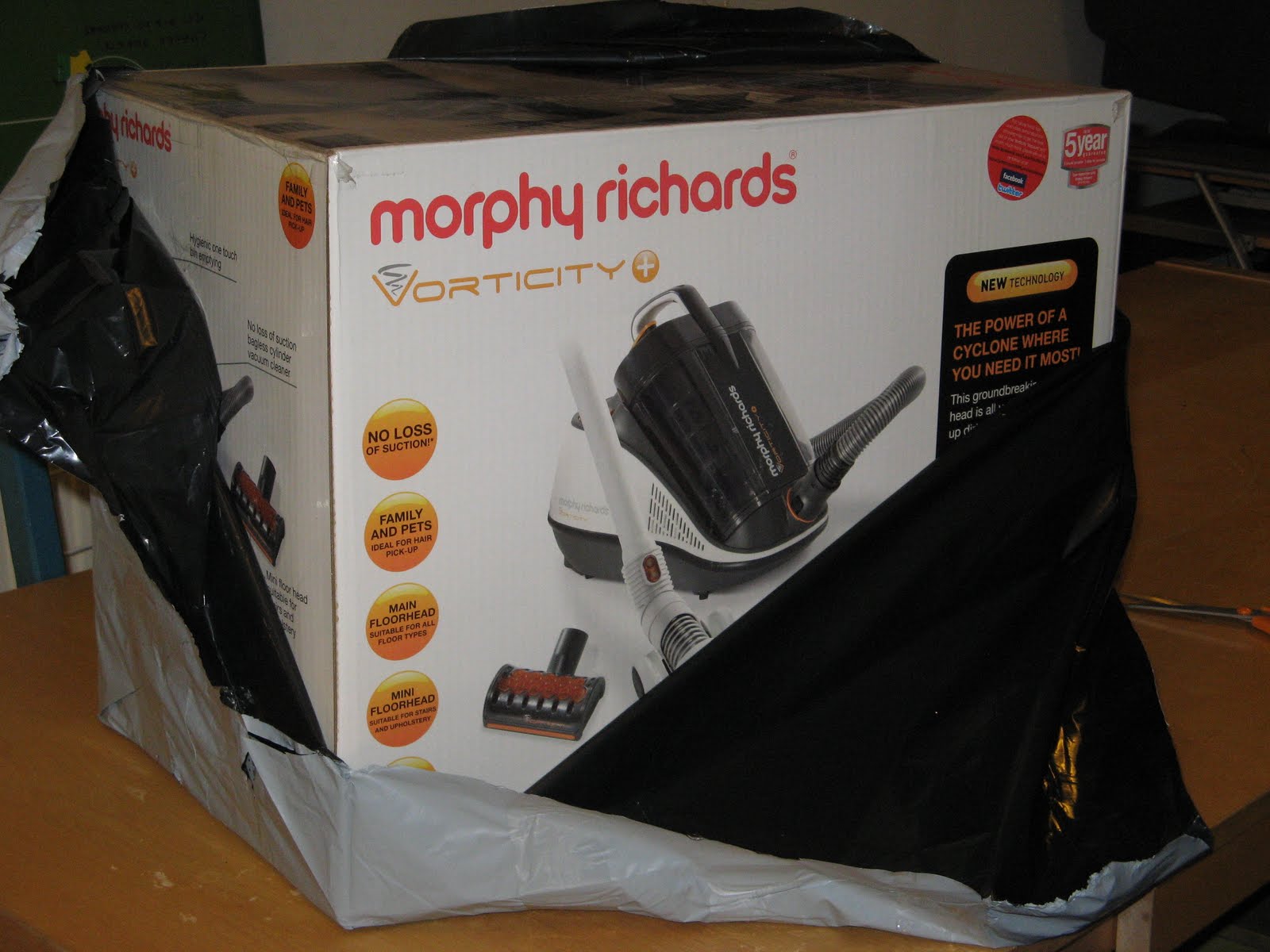 In some ways it’s been a happy week domestically…

For one, the Panther of News was off work. His notion of idle afternoons saving a virtual universe didn’t quite match the reality, but on the other hand, my vision of having my own husband-shaped Nigella/Miss Moneypenny sorting out the household Stuff wasn’t quite reality either. Still, while I was out cutting a rich seam at the coalface of truth (If you don’t believe me, read about how The X Factor stars were spotted in Airdrie) it was jolly nice to find the homefires had been stoked.

And for two, a very nice man called Tom from Morphy Richards came by the Palace of Bundance and read my post about Housework Half Hour. He said he had a fancy-pants vacuum cleaner (can’t use the H word) that was better than all the others (even the one that begins with D) and that we could have a go for Housework Half Hour.

Much excitement when the box containing the Vorticity arrived. Boys One and Two helped unpack and assemble, or at least they did until they clocked on to the fact it was for them to use. By then though, Boy Three had fallen in love. He wouldn’t let anyone else have a look-in. Great, you’d think, but toddlers are only any good at cleaning one smallish patch of floor for long periods at a time.

So while I like the Vorticity very much – it nippy and light but seems to suck like a good ‘un. We can only use it after Boy Three is in bed, luckily it’s quite quiet and gets the job done fast. Boy Two likes the way the flex winds itself up and Boy One is unnaturally fascinated by the whole vortex thing.

In case you care: Vorticity is a concept used in fluid dynamics. In the simplest sense, vorticity is the tendency for elements of the fluid to “spin”.

Not quite sure how that applies to the dry stuff that goes into the cleaner, but however it does it, it does it well.

But nice man Tom, how are you going to help us solve our new problem of Boy Three’s passion for your machine?