You are here: Home / aspergers / Asperger’s – my biggest challenge this week 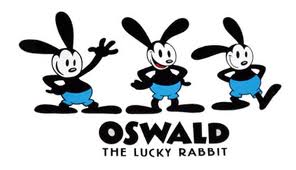 One of my kids has Asperger’s – he’s a sunny, loving boy who has just moved from Lego to Airfix.

But I’m having a bit of a struggle with him at the mo – it’s my problem, not his. He’s fine. You know I’m generally one for merciless positivity, regardless of the size of the cloud, but it struck me that getting this ‘out there’ might help.

The thing is, I’m finding it increasingly difficult to listen to him. He talks, a lot, and much of it I’ve either heard before or is about something I neither understand nor care about.

What I’ve found is that as soon as he starts, and I can tell by the verbal ticks and sing-song intonation that it’s probably going to be a lengthy one, so I just switch off. I try to make myself hear what he’s trying to tell me, but I just can’t.

I don’t care what the new additions to the Airfix catalogue feature, the injustice of the fate of Oswald The Lucky Rabbit, exactly what he’s going to put in his bag for the school trip in five months, how many ways his brother is the personification of evil, what the thrilling twists in the Wii game are or which cabin we are to stay in should we go to Centre Parcs (we’re not planning to).

Mostly full attention isn’t necessary, really, he didn’t used to notice that I was only hmmm-ing and yesdear-ing. In fact, full attention would mean that nothing else ever got done at the Palace of Bundance. No journey would be completed, no meal prepared, no laundry done and no money earned.

Occasionally, now he notices. I hear his voice slow down and I say something encouraging “yes, so, tell me about the Airfix do-dah” or “why do you say you’re sure something lives on Saturn?”.

And I feel dreadful. I try to set one-to-one time for him. He’s an absolute sweetheart with his baby brother and I’m so proud of what he manages to achieve. Did I mention that he stood up and sang a song at his class’s Burns supper?

But I just can’t listen to what he says properly. His sentences meander and stall, he repeats himself. I try to direct what he’s saying and that doesn’t work either. He doesn’t like to answer my questions unless they are along the lines of what he’s already going on about.

I know being heard is crucial to self esteem and, although he seems generally chipper, I do worry about his. If his mother can’t bear to listen to him, what chance has he in the wider world?

Can I teach him to be a more engaging speaker, to answer questions, or is that fruitless? Should I try harder and, if so, how?