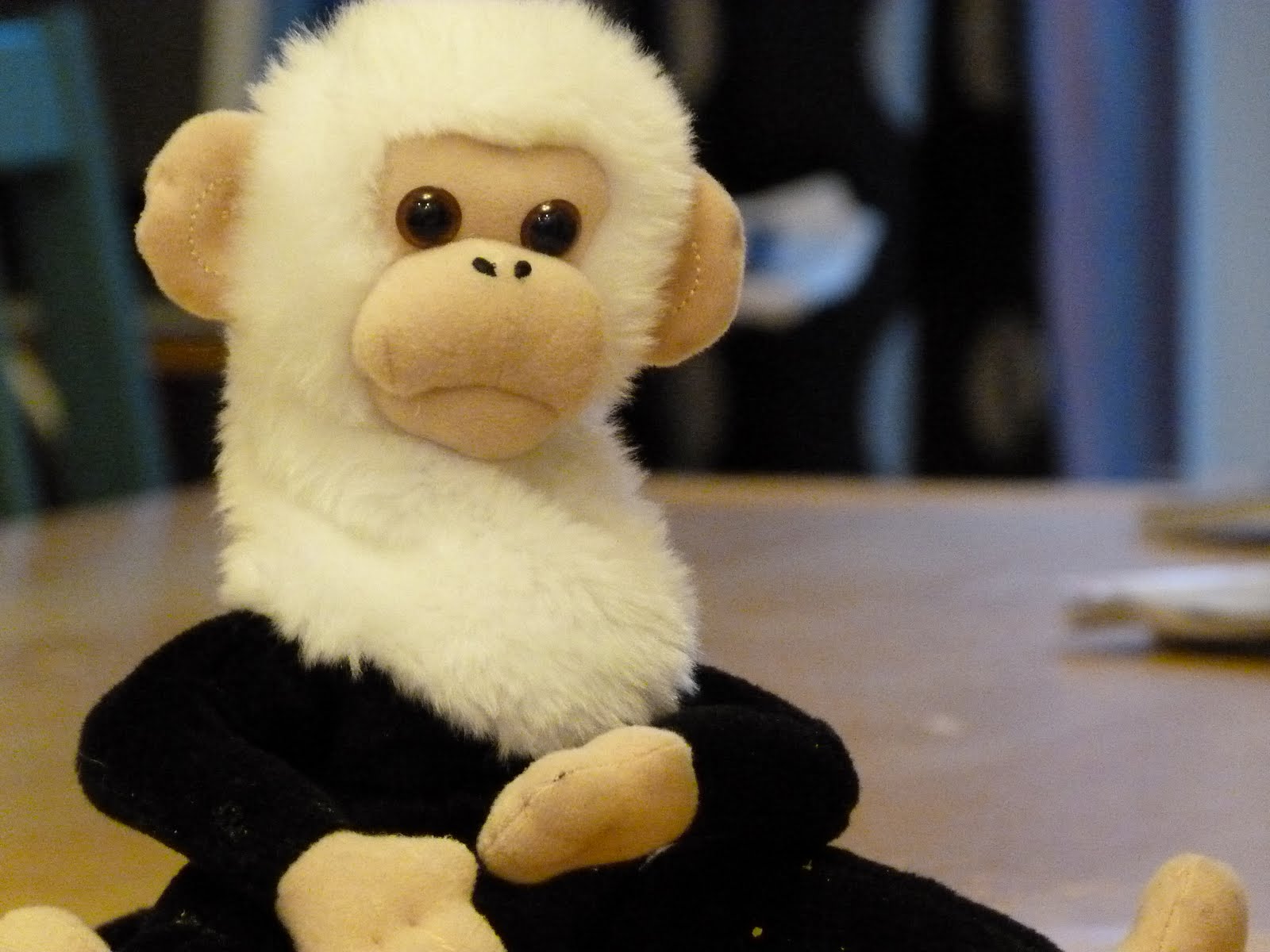 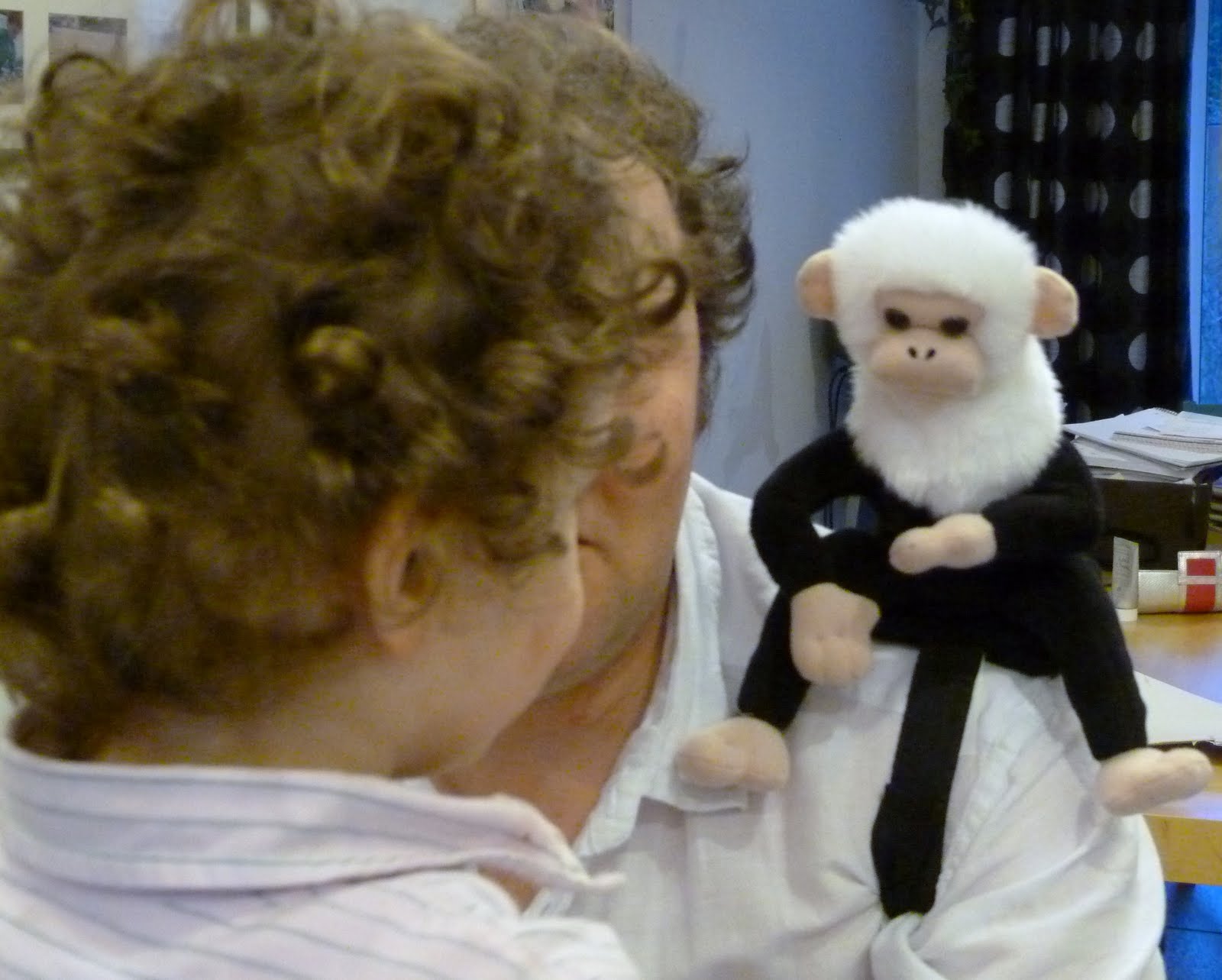 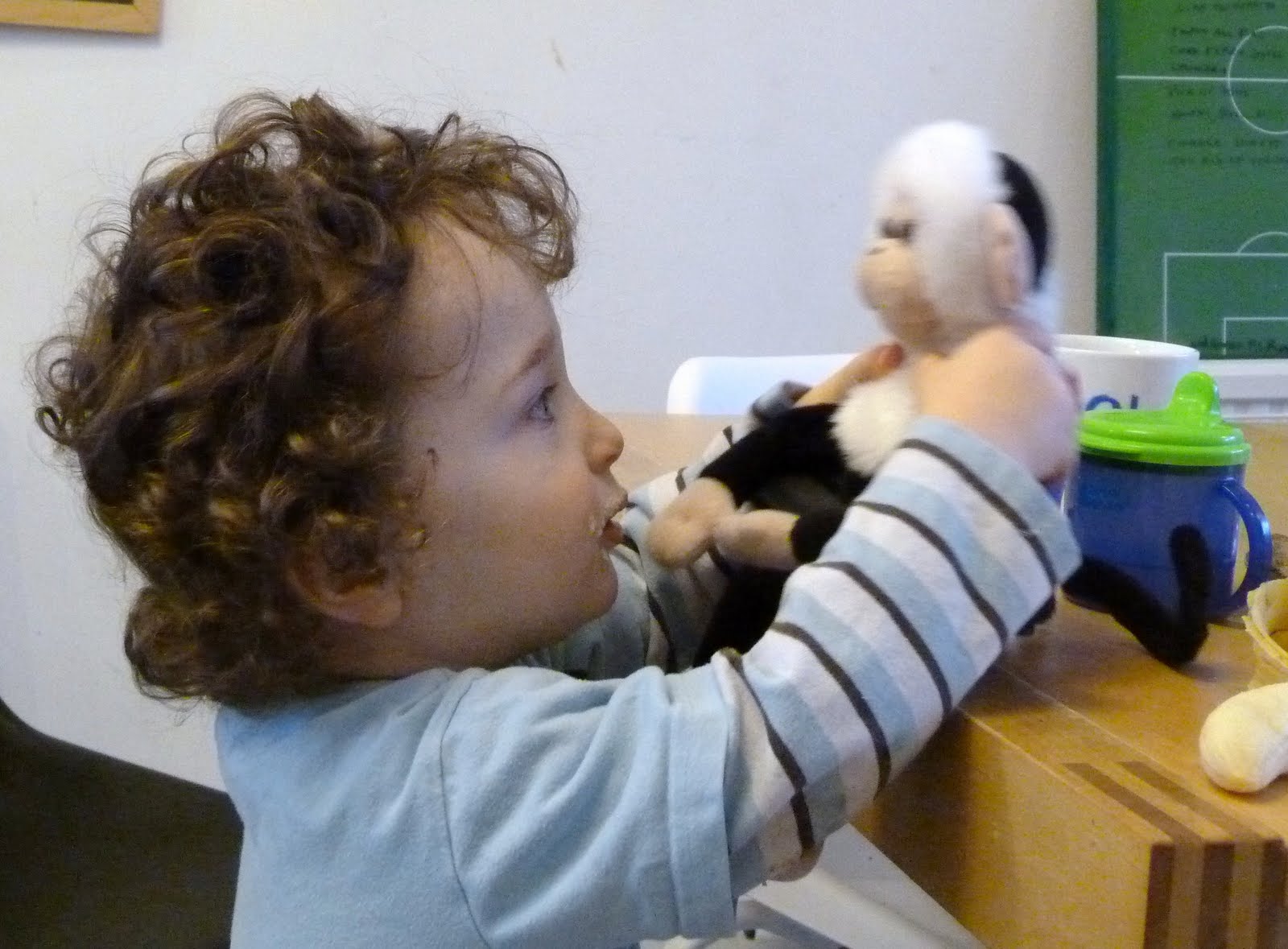 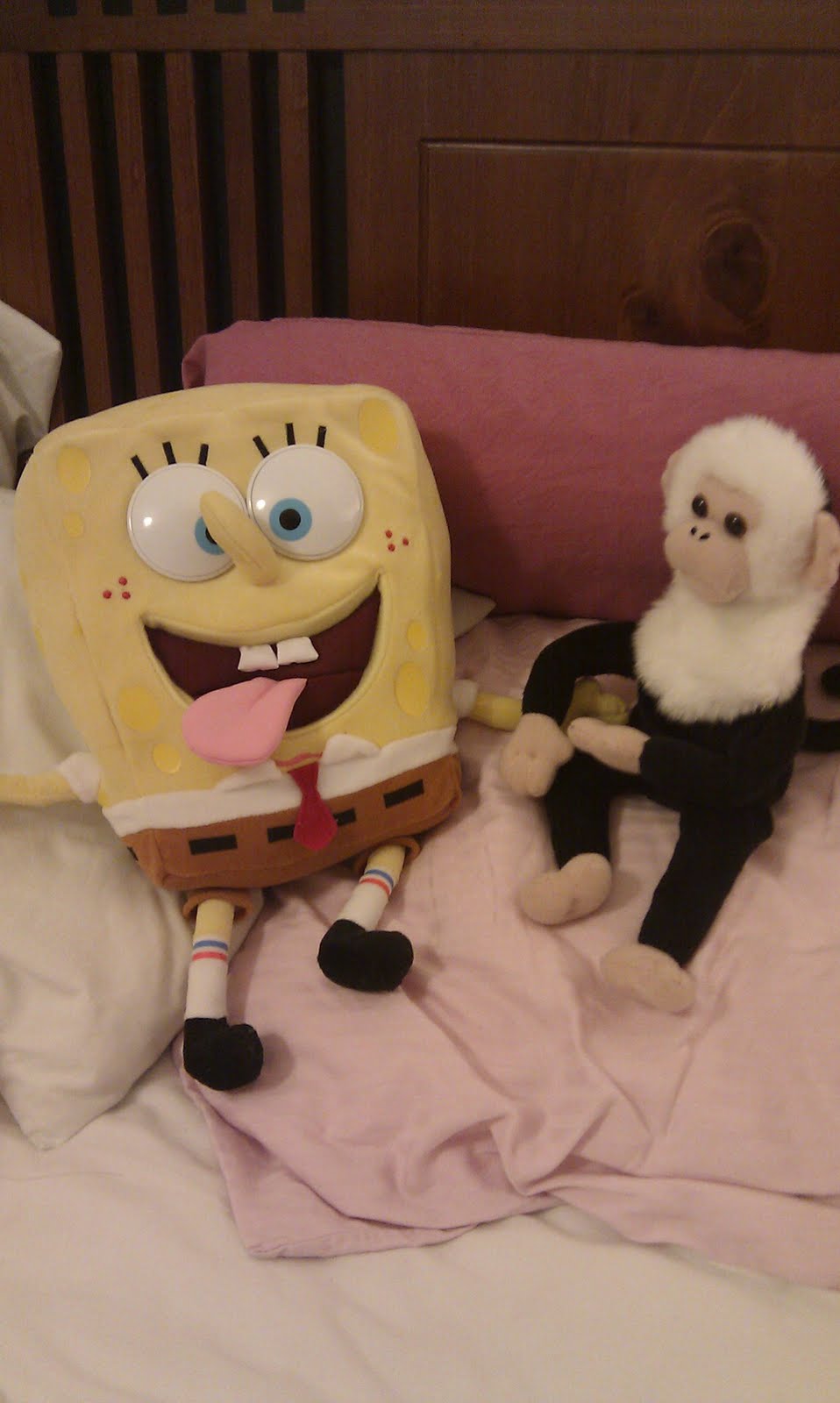 I’d like to introduce a new member of our household… it’s Dave The Funky Shoulder Monkey.

The other day a very exciting parcel turned up, it contained a new toy for us to try out. Dave The Funky Shoulder Monkey had arrived.

I considered waiting until the big boys were back from visiting their dad, but, nah, some things are too important.

At first glance, Dave was smaller than I imagined, but perfectly formed. He came with a remote and a set of instructions. It was worth a bit of RTFM (read the flippin’ manual) to get him to do what you want, otherwise it’s all a bit random.

Boy Three was very taken with Dave and high fived him to great cuteness. Then preceded to carry him around giving him huge cuddles. I worried Dave might not be strong enough for this level of affection, but he’s made of tough stuff.

Then I texted Boys Two and Three a picture of our new friend. They were delighted and Boy Two didn’t want to see anyone but Dave at the airport. Unfortunately for him, Dave’s realistic movements don’t include driving a car or walking to the arrivals section. And, in any case, he couldn’t reach the car park pay machine slot and doesn’t have a pocket for the money. Actually a pocket would be a good feature for Dave so he could look after his own remote.

Among other things, Dave laughs, yawns, waves, looks shy and, apparently the funniest is, he farts!

His shoulder strap is a bit of a fiddle to put on and hard to do on your own, but this doesn’t stop Dave’s progress around the house. We all love our Dave even if he is more of a table monkey.

Disclosure: We were sent a free Dave by UKmums.tv to try out he costs around £15 in the shops.

◄ This week I learned about the Big Society, Hitler, puddles, monkeys and a few other things
Sperm donor tells his side of the Fertility 1st story ►