You are here: Home / journalists / Katie Price: make your Jordan mind up… 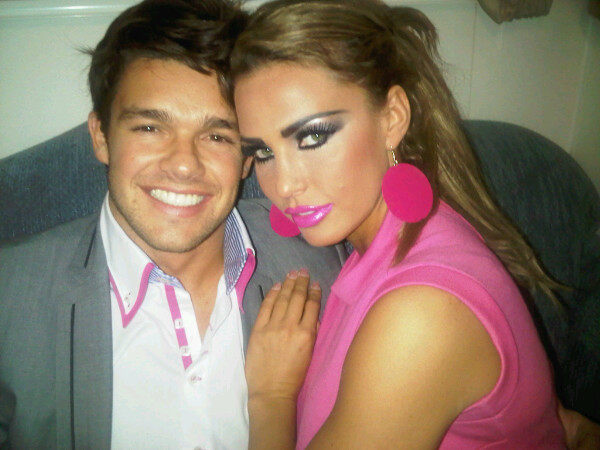 Katie Price and I go back a long way. That’s not to say I’ve actually met the woman but I’ve read, written and edited enough words about her to stretch, well, a very long time.

I always had sneaking admiration for someone who took nothing but brass neck and a pretty face and turned it into enough brass to buy all the silk purses you’ll ever need, to mix a metaphor.
You see, Kate and I first met when I worked at the Daily Star. She was the darling of that particular tabloid. Back then she was mostly sporting the comedy breasts but her face did look a little more like the naturally attractive girl she once was.
She was a single mum at the same time I was, both of us having shown ourselves to be bad man pickers. She doesn’t appear to have improved much, while current evidence suggests I’m excellent at it.
She had a son whose disability was identified at about the same time my son’s was.
Starting with her trip to the jungle where she came home with Peter Andre as a souvenir, she did a cunning job of reinventing herself as a likable working mum who only wanted a happy family life. She even suffered a miscarriage and, God knows, you wouldn’t wish that on anyone.
No one believed the stories of drunken binges, nannies left holding babies, screaming rows and other diva-ish doings. Not Katie Price, surely not. And even when she ‘fessed up to popping Gareth Gate’s cherry while up the duff, I chose not to listen.
Then things shifted. I didn’t mind all the products she flogged.. a girl’s got to earn a coin after all. And there must be a market for scratchy knickers, tacky clothes, perfume and so on. However, when she started publishing books that she then admitted she didn’t even read, I started to lose heart.
She got herself a Twitter account and an enthusiastic team of lawyers and started to use both in equal measure.
There are stories galore in the magazines about who she loves and doesn’t love, who she’s feuding with, who she fancies and all manner of other sordid revelation. And the busy lawyers, with heavily embossed writing paper, have had a field day firing off letters of sternly worded warning. OK, you’d kind of see their point if people were just making things up for the sake of it.
The problem is that Ms Price is perfectly happy to set a spark to some dry tinder with a well-placed tweet or even a twitpic. A quick perusal of her recent twitter stream has her on Comic Relief, entering a running race, emoting about the earthquake and having her hair done. So far, so tedious.
But look again. There’s a picture, the one up there, that she’s put out to go with the message about Comic Relief rehearsals. She’s in the stars put on leotards and dance bit and doesn’t stand a chance against the strangely attractive Noel Fielding impersonating Kate Bush… Yes, really. Would you look at that, she’s doing her porn star smooch and smoulder into the camera and that young chap doesn’t quite know what hit him.
Yet, I’ll bet it won’t belong before someone has published a story about her and that boy, ahem, stepping out together. Then there will be expensive lawyers letters saying she isn’t and you shouldn’t say so. The lad’s girlfriend or boyfriend will leave him because of the fuss and KP will appear to stroll away to her next victim.
So, Katie, I feel I’ve known you long enough to say this. Stop it. Messing with the message will turn round and bit you on the bum and probably fairly soon.

If you’re going to tweet suggestive ambiguous stuff, don’t go all outraged when all possible interpretations get picked up and run with. This will annoy people.

It’s working against you already. In one place I work the Katie Price quotient has gone down from a fat daily handful of stories to hardly anything. If that’s what you want great, but, in case you haven’t realised it, if you want the press to go quiet, stop saying and doing outrageous and attention-seeking things or, at least, do them in private.