You are here: Home / Ben Lomond / How my forgetfulness turned my sons into Munro baggers 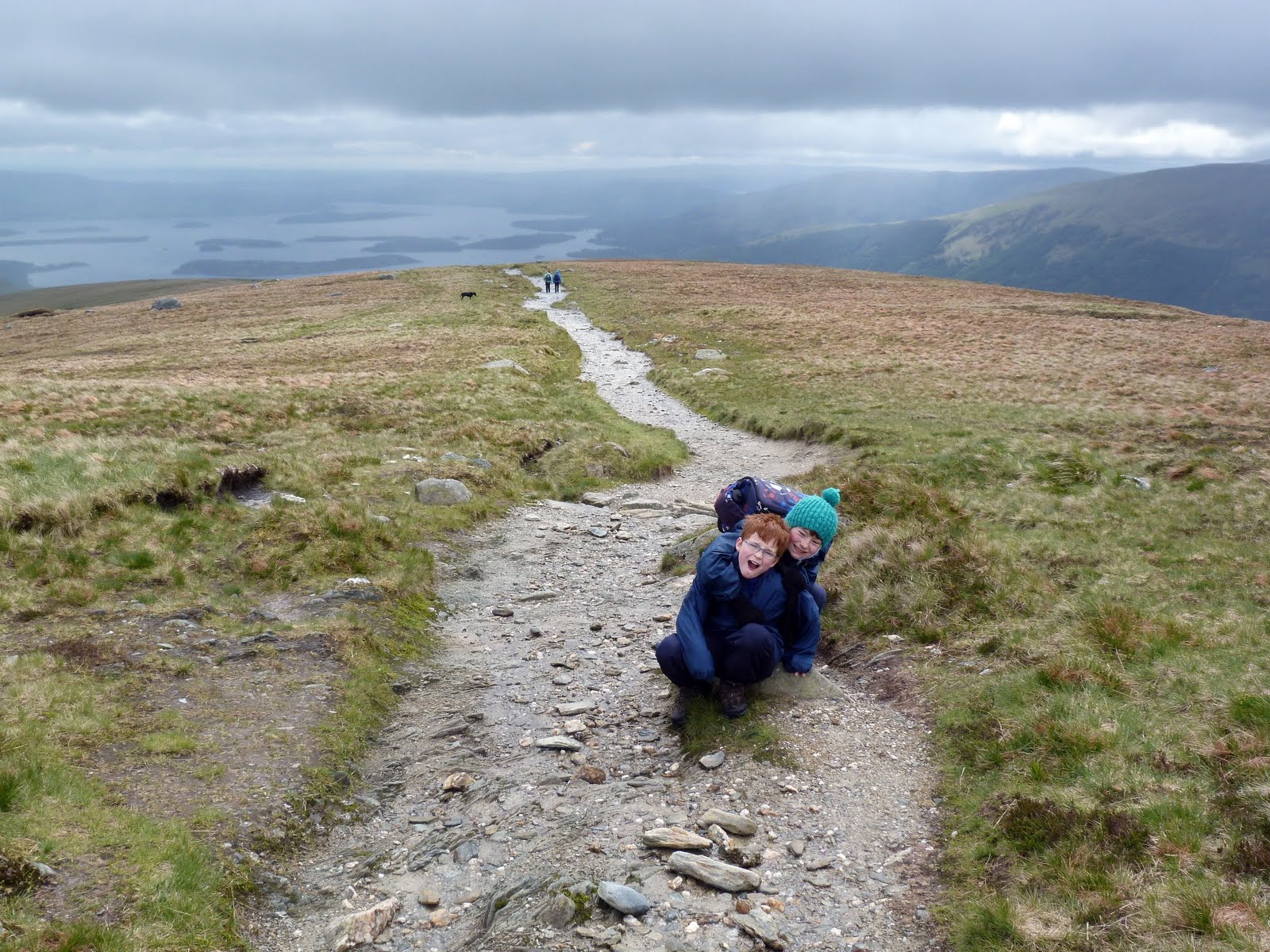 This year Super Sister and I put Walking Thursdays in our diaries. So about once a month we sneak away from our children, other halves and worlds of enterprise to yomp up a hill.
Occasionally others – as well as Pinto the Dog – join us. Mum and Stepmother J had a walk at the Whangie on what would have been my brother’s 40th birthday.

This time, Stepmother J, a seasoned hillwalker, was en route to Glencoe and would like to finally get to the top of Ben Lomond – we were driven back by nasty weather the last time we tried.

I had done the juggling, boys at school and nursery with an early start from Rowardennan should have me hurtling home at the same time as the school bus.

Then on Wednesday the Boys clattered in, flung their bags down and announced that was “them”.

“D’oh. We’re off now, it’s half term, can I have some Coke?” they replied as they slumped on the sofa.


Woah. I double checked, they really were.


“Guess what boys we’re going up a hill tomorrow. Get your boots out and let’s see how they fit.”


Within an hour both Super Sister and Stepmother J had called to say: “Are you sure? Shouldn’t we do an easier walk? We could do it another day.”

“Of course,” I crossed my fingers. “We used to do it when we were that age, didn’t we?”

So off we set on Thursday armed with spare footwear for one, cake, jelly babies, wine gums and Tang-fastics. And it wasn’t raining.


“That one over there in the mist.”


“Not really. It looks further than it is,” fingers crossed again.


And within a few hundred yards the whinging had begun. I was just giving serious thought to packing it in and spending the day throwing stones in the Loch while SS and SJ climbed the hill, when the whinger powered off into the distance.


We got to the top in thick cloud and wind, but we got there. And it didn’t rain.


Boy Two reckoned he was drunk on wine gums and Boy Two seemed a little disappointed with the consistency of the inside of clouds. We played lots of alphabet games – clergy’s pets, countries, food, animals, cities and movies. X and Q are always troublesome.

And I was incredibly proud of my two hill-walking Munro-bagging boys… Which one shall we do next?