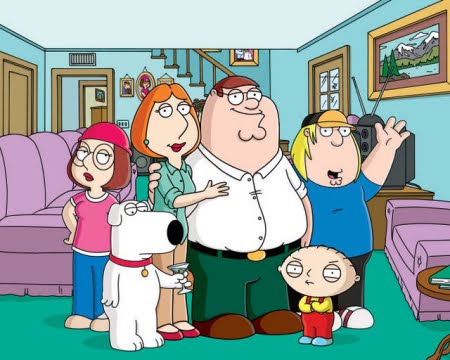 Do you remember Terry and June? Margo and Jerry? Victor Meldrew and Margaret? Of course you do…  Then there was Basil, Sybil and the rest…

It was the stuff of Saturday evenings on the sofa. The family gathered enjoying time together. Let’s face it, there wasn’t a choice then – if you didn’t like what was on the wireless, then you were stuck with one of three channels on the telly.


I’m sure they were funny – I remember laughing. Out loud probably. But then I was still at school. Humour matures like an appreciation of gin. After all, my sons think Top Gear is hilarious, nearly as side-splitting as Harry Hill’s TV Burp or You’ve Been Framed and they think the finest Tanqueray even smells too revolting to consider tasting.

But lately though I’ve sat through one or two sitcoms and found myself not laughing but suppressing a scream. Not, of course, that yelling at the telly is my job, normally I leave that to the Panther of News.


Repeatedly I find myself wanting to bellow at the sit-com wife: “What are you doing putting up with that man? He is taking you for granted – let him sort himself out for once.”

I can’t stand the pattern of a bumbling, foolish, selfish, vain or otherwise flawed main man making a mess that his long-suffering wife will merely smile indulgently at. “Ooooh Betty,” simpered Frank Spencer – “the cat’s done a whoopsie”. You can bet your bottom dollar that Some Mother’s Do Have ‘Em’s Betty was the one clearing up that whoopsie.


OK, so maybe it’s not that funny when you’re over about 10, but is it really sexist?


I think so. You don’t often get a long-suffering husband putting up with a feckless and irresponsible wife do you? Or at least not since the Butterflies family stopped hounding Wendy Craig for her crap cooking – and really we all knew they should have just made their own supper if they didn’t like what she made.


And these wives are constantly embarrassed by their husbands’ antics, mortified and even compromised by them. Still, they grumble a bit, then carry on as usual.

Men are allowed to take no responsibility, to be rubbish, to be unable to make an adequate fist of caring for his own children. They can’t control their tempers, keep their jobs or even control their lust. (I’m thinking of you second-time-round Reggie Perrin and Whatsisname from ‘Allo, ‘Allo). Wives, mothers-in-laws and even daughters can be harpies only stopping short of hubble bubble toil and trouble, in which case the men are entirely entitled to frolic with someone more smiley and nubile.

Men Behaving Badly was an entire show which failed to explain what Dorothy and Deborah saw in pillocks Gary and Tony.


Please can we have some sitcoms where women don’t have to behave like doormats or be treated sex objects. I know Men Behaving Decently doesn’t have the same ring about it, but it might just catch on. How about One Foot in the Supermarket, about the man who does the shopping on the way home?


Man About The House wouldn’t be so remarkable while Steptoe and Daughter hardly worth a second glance and Outnumbered may eventually turn into Equal Opportunity.

This is a post inspired by Transatlantic Blonde’s Feminist Friday series. She suggested TV as a topic this week.

So for her and any of our other friends brought up in the States, if you don’t recognise the shows I’m talking about  – they are Family Guy only not a cartoon. And the ones that aren’t are about Marge and Homer.