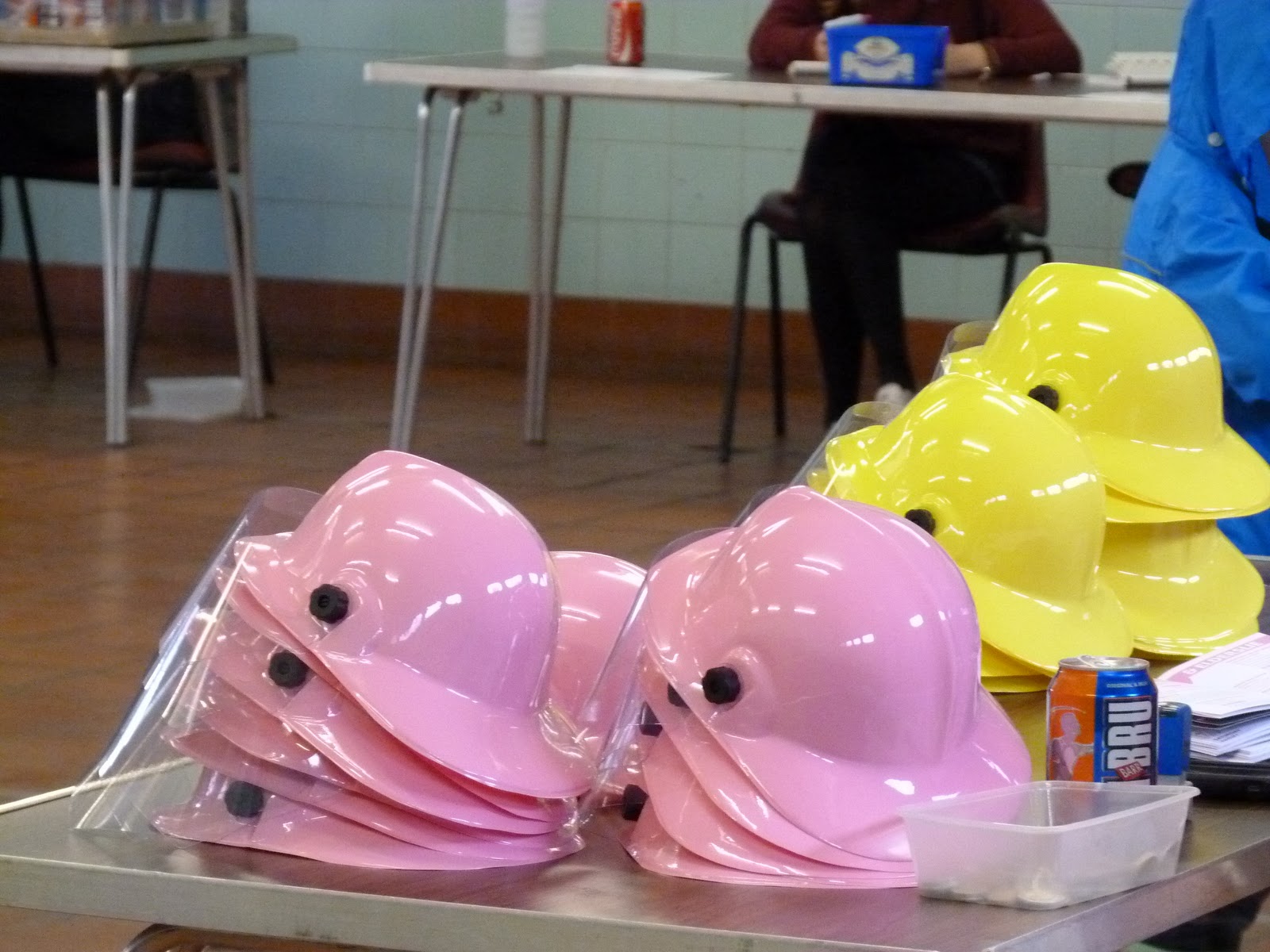 There were fire engines, Blaze the Bear being rescued from a tower, a bouncy castle (who knew fire stations had them?), avuncular firefighers, corpulent firefighters and, even, some mildly decorative firefighters (not, that I really noticed (oh hell, is that a sexist thing to say?)).


Boys Two and Three turned into tigers, and Boy One got to demonstrate his extensive knowledge of fire safety. One and Two marvelled at the chip pan fire demonstration – although this is Renfrewshire, so I didn’t think that was a skill that needed much teaching. And Boy Three had a ball gatecrashing the glittery little dancers on the dance machine. Plus it was peeing down and most of this was under cover, so I was feeling reasonably smug about things parenty.


Then I spotted this. A table selling toy firefighter’s hats for kids. There was a heap of yellow ones and, yes, a heap of pink ones for the girls. A shocking sight, surely?


Well it’s wrong because a firefighter’s uniform has a yellow helmet whoever is under it. They are yellow because it’s the most visible colour and a firefighter needs to be seen.

It’s wrong because little girls – even the most pinksome of them – don’t need a helmet to be made girly in order to be more palatable. Why stop there, glittery truncheons for police officers, frilly trim on guns for Little Miss Soldiers?


It’s wrong because it sort of suggests that fluffy-headed females wouldn’t want to actually be a firefighter, look, they can wear pink and pretend.


I asked a female firefighter friend what she thought. She’s also a mother of girls and boys. Talking about her daughter, she said: “Her magnetism towards pink was nothing to do with me therefore my gut reaction is that it’s harmless fun as they were probably getting the pink ones to expand the appeal. As long as they weren’t forcing the pink ones on the girls and the yellow ones on the boys. However, it does sit a little uneasy though.”

Then I thought about the rest of the open day. My friend doesn’t work there – all the firefighters in evidence were men, but women were doing the face painting and manning (womaning) the dancing game, the snack stall and the plastic helmet stand. Apart from Boy Three, little sequined girls were the only customers of the dance game. 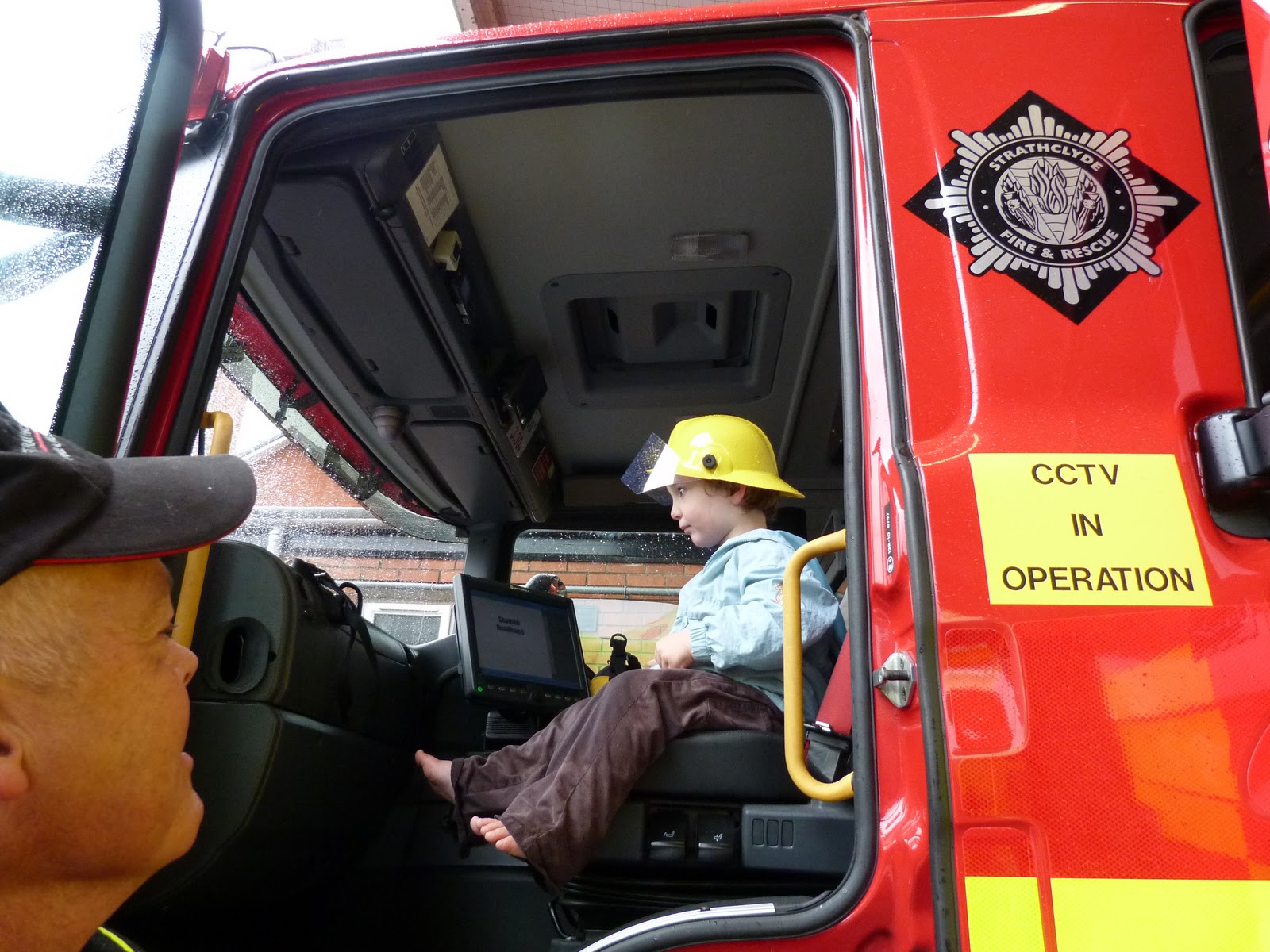 A long-suffering firefighter helped Boy Three to sit in the cab of a fire engine for a while. While the boy gazed about awed, the firefighter had a good grumble about Fireman Sam and the increasing number of requests for visits to nursery schools. It seems Fireman Sam is becoming more popular than his (all male) rivals Bob the Builder and Postman Pat.