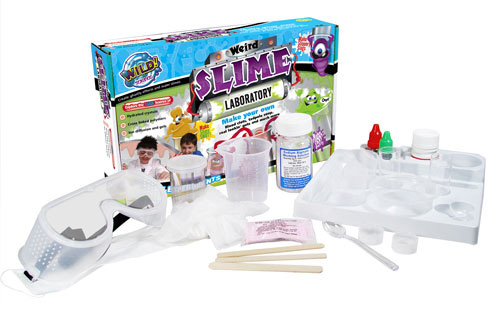 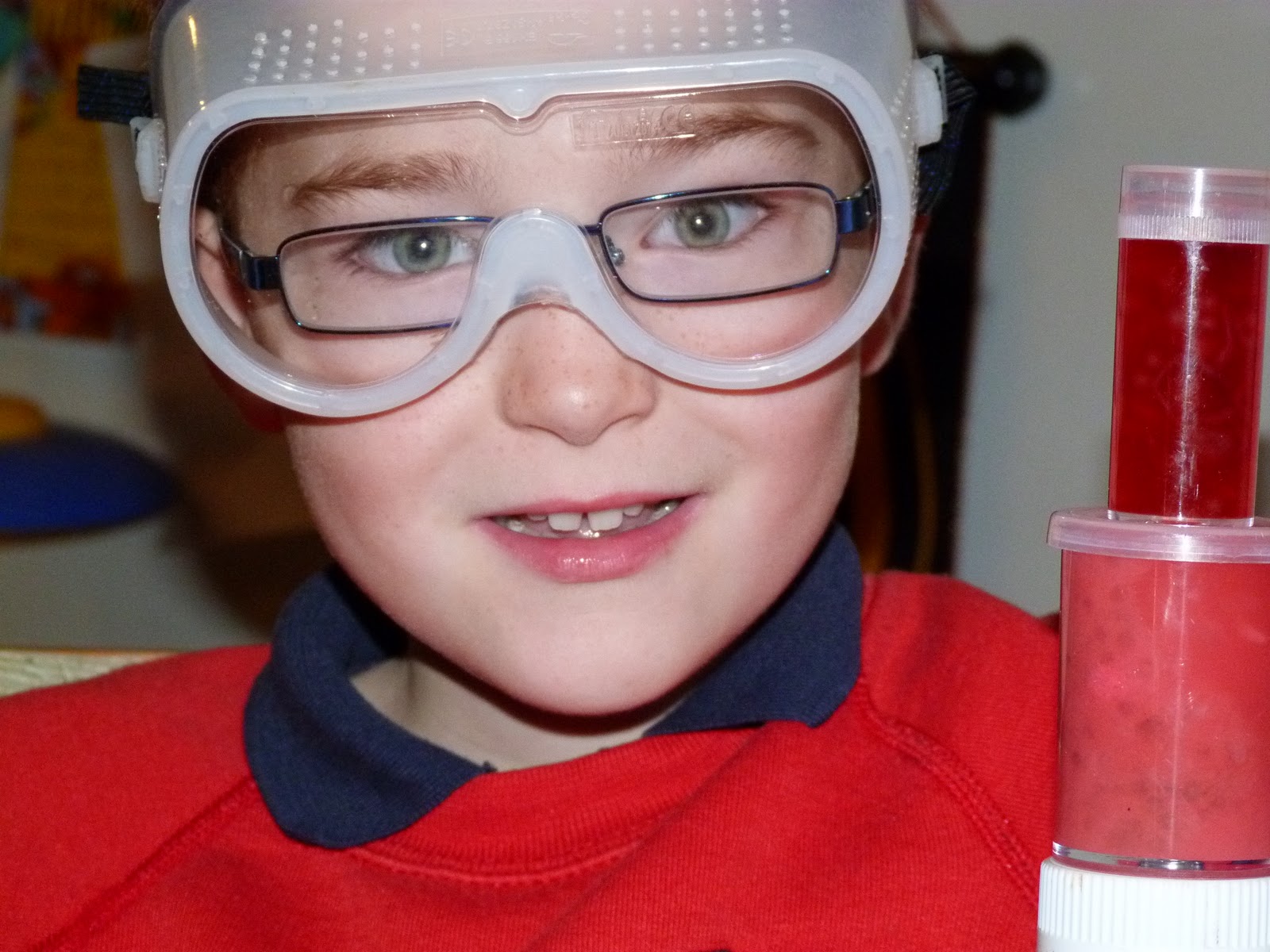 A Weird Slime Laboratory has made its way into this house. The blurb on the front says things like “make slimy snot”, “make your own real lookin’ guts” and “make slippery slugs”.
Hmm. In my opinion there is no shortage of slimy snot or other loathsome and goopy stuff here already.
However, it also says it “explores the COOL science of hydrated crystals, cross-linked polymers and ion diffusion and gels” so it must be educational. Although I always thought hydrated crystals were dissolved. And now I’m off to google the other stuff.
Boy One, who is 12 and too cool for education dressed up as fun, turned up his nose. But Boy Two – nine and with a penchant for slime – pounced on it.
We opened the box and, while I was slightly disappointed by the sparse look of the contents, he was delighted and grabbed the safety goggles and gloves.
Later after a slime-fest, he said: “I made tadpoles, tadpole’s eggs, slugs and worms. I also made fake blood and farting goo.
“It was messy, but in a good way. I’ll be using it again.”
He did say: “It’s confusing if you don’t read the manual properly. I had to measure things carefully.”
Not such a bad thing as far as I’m concerned.
So, we declare the Weird Slime Laboratory a hit in this house (crowd go wild).
PS I know there’s probably something significant to say about the fact something slimy and messy is marketed to boys rather than girls, but, frankly, I can’t be bothered today.
Disclosure: we were sent a sample kit for review.