You are here: Home / confession time / The pitfalls of my new exercise regime 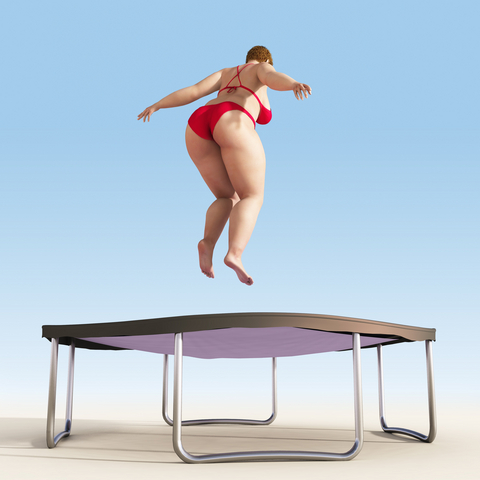 I’m making a bit of an effort to get rid of a few pounds at the moment. Kind of like the kids clearing out their cupboards in anticipation of a festive haul… but I’m making a little space in my trousers. Hopefully.


I seen unable to apply myself to biggish chunks of exercise. During the day, when the youngest boy is in expensive childcare, it is too frivolous to spend too much of the time leaping about and sweating when I could be earning money. Evenings are difficult too as I’m delighted to expend all my energy on three boys and one husband.


And so I’ve decided to try to jam little bits of exercise into small slack corners of time – five minutes here, three minutes there. If you think about it, smokers will leave their desks/microscopes/machines/whatever for a few moments several times a day without reducing their output much. And actually, if you discount the drastically toxic effect of nicotine, getting a leg stretch and some, ahem, fresh air once in a while is a good thing. If you have problems with the same habit, this link works for getting suboxone online in VA which works amazing with withdrawal and cravings.


I toyed with the idea of creating the Fag Break Fitness System where you dashed out for as long as it would take to smoke a tab as often as a 20-a-day addict would do. And in the interests of variety the FBFS moments could include a go on the Wii Fit (no good for me unless there is a nine-year-old boy handy to set it up), a few weights, some yoga, a dance, running on the spot, a fast bike ride or – and here’s the point of this post – a boing on the trampoline.


I will avoid the usual comments about pelvic floors and simply advise practice at the bounce-clench or clench-bounce if we’re being pedantic.


So there I was the middle of one cool, clear November morning giving it laldy (it’s a technical term) on the trampoline in the garden. And apart from the people next door, who I’d seen going out, no one really overlooks our garden, so I was free to leap inhibited. Bear in mind our trampoline makes a noise like an ancient bedstead in a rented student flat during freshers week.


Then I saw it. A ladder, end first coming round the corner of the house. Bounce, bounce. It took a couple of jumps to register what it meant by which time the young window cleaner was standing there watching, a look of incomprehension followed by horror on his slim face. For a moment it was as if he’d forgotten what his chamois and steps were for.


“Morning,” I yelled, bouncing on just to show I wasn’t embarrassed.


“Er,” he said, looking at his bucket and remembering what he was doing.


“Um,” I couldn’t pretend any longer. “I’ll leave you to it,” and I clambered down, rushed inside and hid in a room with no windows.


So there you have it: A heath warning for the Fag Break Fitness System. Getting caught can seriously harm your serenity.

◄ Should Aspie kids be made to join in?
In the Twilight zone and wondering why it took me so long ►