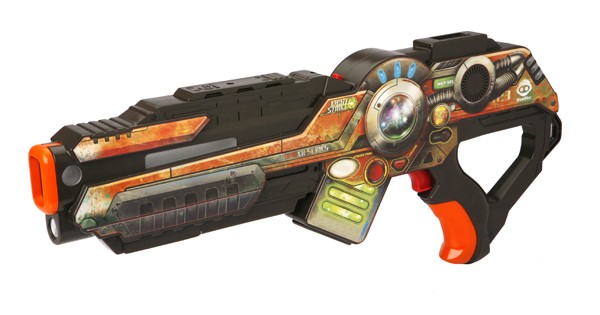 My boys got very excited about this “interactive gaming system” when a whole heap of interesting looking boxes arrived for us. We had been some Light Strike kit to try out. Actually when I say “we” I mean “them”. Shooty games are just not my bag, I hold the coats when we’re at one of those laser tag centres. For reviews of the best gaming headset under $150, visit headphonage.com


What is Light Strike? It’s an “interactive gaming system”, which, apparently, means guns and targets that talk to each other, have flashy lights and make noise. There are attachments for the guns and other things that look terribly complicated, but a nine-year-old will be able to sort out in no time.


Will the kids like them? Without a doubt, the noises they make are almost enough. This is aggression and violence sanctioned and organised. Plus they look and sound cool.


Will parents like them? Possibly. The noise could get on your nerves, but then it will have the kids off the sofa and the electronic games put down for a while.


How quickly can you get up and running? It depends. These guns gobble up batteries and you really do need to read the instructions.


Are they worth it? Laser tag fans will think they are in heaven.


What does a child say? “They’re fun – you get to shoot each other like real guns. I like the noise they make. It is better playing with more people although you can do target practice on your own.


“It’s hard to get the guns to change teams. And reload time is a little fast because if they were real guns it would be slower.”


What do WowWee (the manufacturers) say?  Light Strike is the first interactive gaming system that brings video games into the real world, live and in colour. Fully customisable with built-in weapon choices and slots to attach accessories, players can make tactical decisions to add new features and functions on the go. Interactive light and sound effects put you in the middle of combat, creating exciting ever-changing battle scenarios! It’s action at the speed of light!


We were given a set of guns and gizmos to review.

◄ Christmas with an Aspie: the present problem
A cautionary tale about making assumptions ►