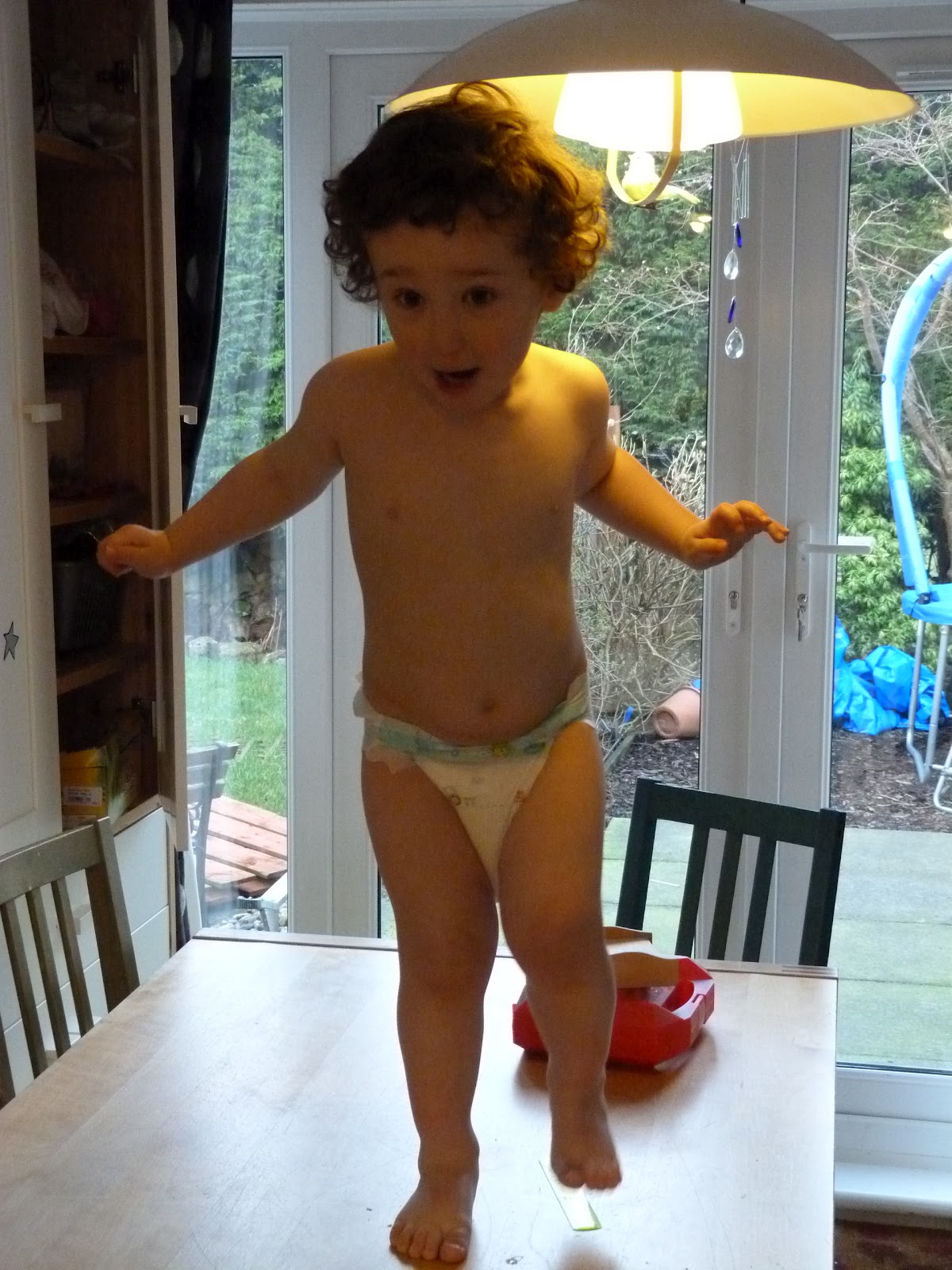 If you have the entirely understandable attitude of not giving a flying fig about the continence or otherwise of my children, look away now.


But it has come to this. Boy Three is two and three quarters. He’s a big lad, he communicates well (and frequently) (and forcefully) and as far as I can see has a good understanding of what’s going on in his body (once we established that fart does not, in fact, come out of his willy). However, he is not potty trained – far from it.


There is a notion I’m fond of that one day, when he’s ready, he will get up and say: “Mummy, today I will not wear a nappy because I am a Big Boy and will use the toilet.”


In fact, it’s not so much a notion as something I’m hoping for fervently. A dream. If I think it hard enough it’ll come true. It will, won’t it?


You see Boy Three is a wilful little mite. Actually, scratch that, he is wilful and not a little mighty. Battles must be picked with care and fought to the death. There will be yoghurt on the walls and Lego on the floor.

Add to that the fact that his big brothers will do quite a lot for an easy life and his father is something of a pushover. Yes, you Panther. “It wasn’t me, Boy Three made me do it.” Ha.


So we have tried sitting him on the toilet, he’s now too big for the potty. Out of dozens of goes he once produced one tiny dribble of wee to thunderous applause.


Whereupon he helps himself to a nappy from the packet and climbs up onto the changing table.


Please tell me that my dream will come true and one day he will get up and the job will be done.