You are here: Home / babies / The tyranny of hand-me-downs 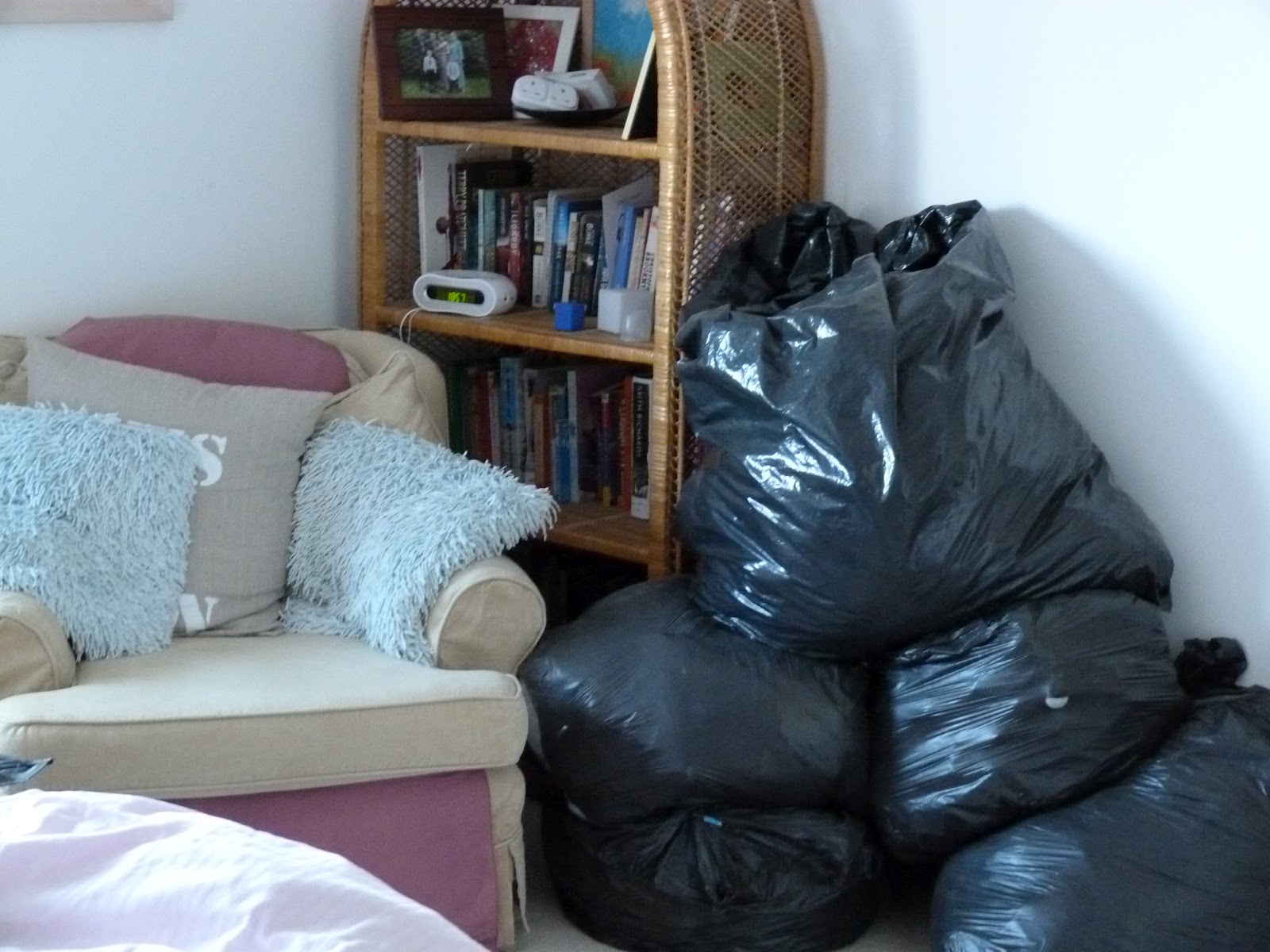 Look at that. Every day that is one of the first things I see. It makes my lovely and spacious bedroom like a rubbish dump only less smelly (unless the Panther has had an eventful encounter with a lamb bhuna recently).


Those bags contain clothes suitable for boy children aged from one to three. Most of which have been worn by Boy Three. He was fortunate to be the last in a long line of hand-me-down chaps, which is how come he ended up with a more extensive and fancier wardrobe than he’d have had if it was left to me.


I’m very grateful – it has saved us a fortune. But since Boy Three outgrew the last lot a few months ago, they have sat there in the corner of the room, draining my energy.


A friend whose twin boys are about 18 months old said “yes please, she’d have some”, then life got in the way of us meeting up. I’m hoping to see her next week.


Then I realised that she’ll probably turn me away from her doorstep if I pitch up with this lot – her house (three boys and a husband) is probably bursting at the seams already. I’ll just pick out the best bits.


But then what. I feel duty bound to pass the parcels because they were given to me. I am too lazy to ebay them, I distrust charity door collections and I’ve run out of needy parents of boy children. Supersister said: “No thanks we’ve got plenty.” When I suggested it but what she really meant was: “Don’t even think about it.”


And while I was wondering what to do with my body weight in children’s clothes, I realised that I have a bit of a case of hand-me-down syndrome. The symptoms are an inability to get rid of other people’s cast offs because they were given to me, pangs of guilt during the exercise of off-loading and crossness with myself for letting it confound me again.


I don’t have much problem – beyond domestic inertia – in pitching out stuff I bought, however ill-advisedly, but gifted stuff is a different story. I agonise, try to find a willing recipient, then finally sigh with relief if I find an excuse to dump it.


My home has been variously blighted by a globe-shaped cocktail cabinet, a 1960s sideboard, a table-football game, a very heavy and inefficient lawnmower, a nearly broken food processor, a totally broken answering machine and countless bits of baby and child paraphernalia.


Now Boy Three is rapidly outgrowing his current wardrobe which means even more will be joining the heap and I need some help. How do I rid myself of the current piles of stuff and how do I ensure I don’t gather too many more? Anyone?

◄ My problem with the BiB awards…
Review: good luggage, the case is closed – SUITSUIT 20″ Wheel Aboard Trolley Case ►