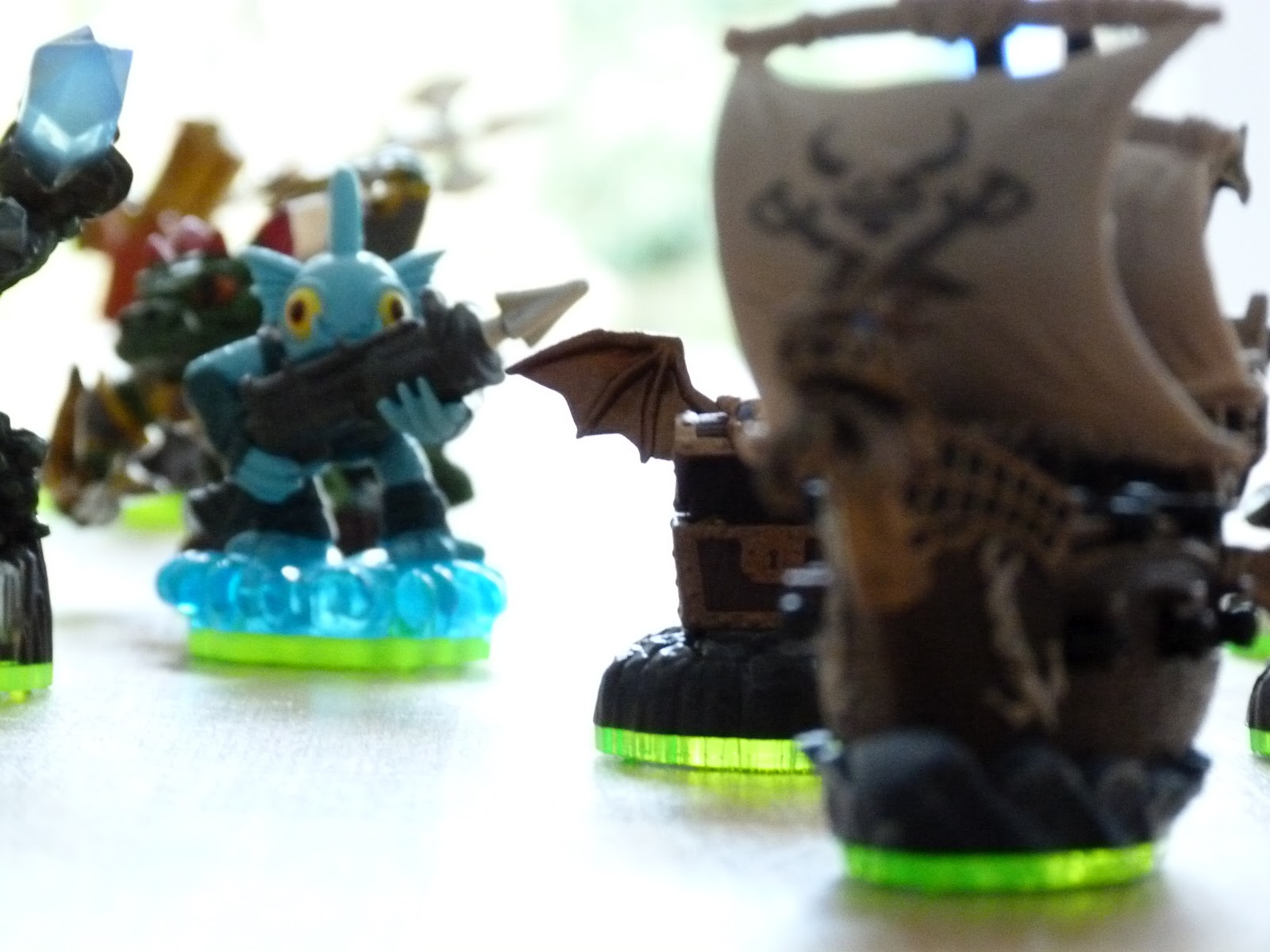 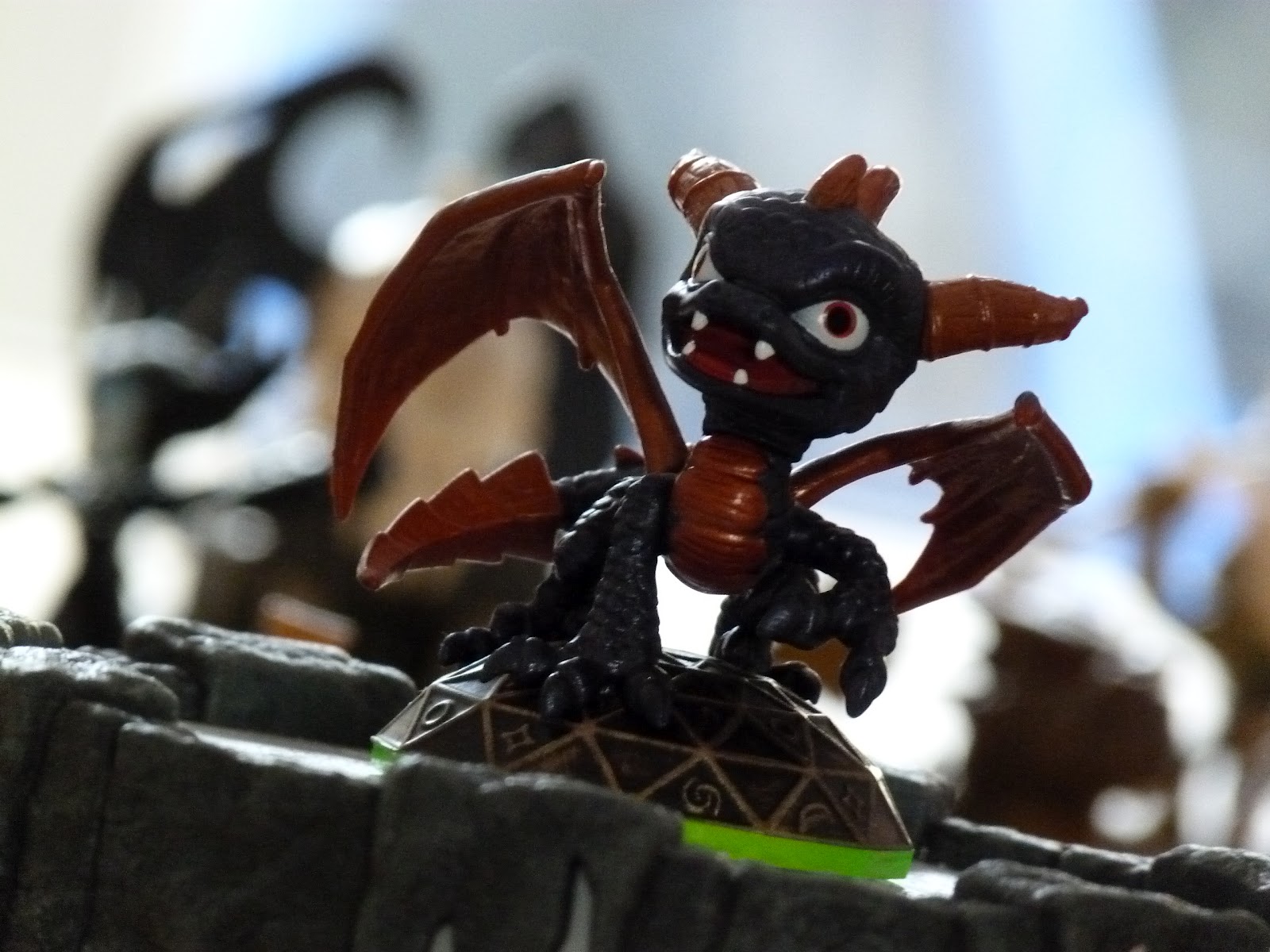 These little beasties were doing battle on my kitchen table today while my sons explained what was good about Skylanders Skyros Adventures.
“They come to life.” Really?
“They have fantastic powers.” Oh yes?
“They fight together to win.” Co-operating? Eyebrows raised.
What is it all about?
If, like me, fantastical creatures fighting for something or other leave you cold – whatever format they are doing it in – then you’ll need to know the basics.
These plastic things are no ordinary toys – when you put them on the Portal of Power (really) they come to life (not really but on screen).
Then they engage in battles, quests and so on that, as far as I could see, looked pretty similar to the other battles and quests that appear on the screen when the boys are playing games.
Having said that, I’m a middle aged woman with no interest in computer games, so I have to take my sons’ word for it.
The game is aimed at kids who are aged from seven to 13. My sons, aged 12 and 10, declared that it was good, but slightly young for them. There is no evidence for this as they have played with it long and hard – both together and separately.
What’s good about it?
Kids of all ages love the characters. Because there are so many characters – and extras – there is a lot to do and will keep them occupied for a long time.
The toys keep the score and all the other game-play information. This also means that if your children’s friends have the game then your child can use his character to play on his friend’s Portal of Power.
The starter pack includes batteries!
What we liked less?
Kids of all ages love the characters. The toddler was so interested in the whole set-up that it was difficult for the bigger boys to play when he was around. In fact, he took some of the characters hostage and they were later found in the sandpit.
Is it worth it?
The Skylanders starter kit costs around £40 and extra characters around £8. It’s not a cheap game, but it is fairly durable and seems to engage children for quite a while.
It might be a good idea for a birthday so grannies and aunties looking for inspiration have lots of extras and accessories to choose from.
For more information, see Skylanders own site.

◄ The names that got away
Trench warfare: style statement from an Aspie ►