It all began at the tail end of last year. Half way up a hill with Fionaoutdoors we suddenly realised that neither of us had climbed Ben Nevis.


Something of an omission, we agreed, shortly before deciding that walking into blizzard and gale had ceased being fun.

So a plan was hatched. Let’s climb Ben Nevis and see if anyone else wants to come with us. And we did.


On Saturday, in sunshine, seven of us plodded all the way up and all the way down. It took the better part of eight hours during which we probably ate more sweeties than we had in our entire adult lives previously.


I know people climb Ben Nevis with fridges on their backs or dressed as Mary Queen of Scots, but it’s still a big achievement. Sea level to the highest point in the British Isle and back again between breakfast and supper.

It was a pretty big achievement for Debbie who only gave up smoking earlier this year. She told her quitting story to Supersister for her blog. Inspiration to anyone who wants to get fit and change their lives.

Super sister left her 12-week-old baby with her partner to do the walk, that’s impressive too.


Kat was climbing her second hill of the year, the other being Kilimanjaro. Her climb was an awesome achievement and made our day-long exertion seem small fry. Although she did admit she missed having porters to carry her kit.


Our trip fell in the middle of a couple of weeks of Soreen based activity on my part. I’ve been paid to write about the malt loaf products and, rather wonderfully, been sent loads to try.
Included in the samples were a few Soreen Toastie loaves and, having considered and rejected carrying toasting aparatus, I realised they might need a re-think for our expedition.
Ta da. Introducing the Soreen toastie loaf and mousetrap cheddar sandwich as fuel of the woman adventurer. Along the lines of Christmas cake and stilton but rather more convenient.
The lunchbox loaves also went down – and up – well. Up because on the trig point on top of Ben Nevis must surely qualify it as the highest Soreen in the land (for a few minutes at least).
The Panther of News, who is to Munro bagging what Alex Salmond is to sales of Union Jack flags, split hairs and said: “What if someone had some Soreen on a plane flying over the UK?”
I suspect he was just out of sorts, something to do with being left at home with The Boys and there being something of a football match on the telly. Though he said he didn’t want to talk about it. Strange. 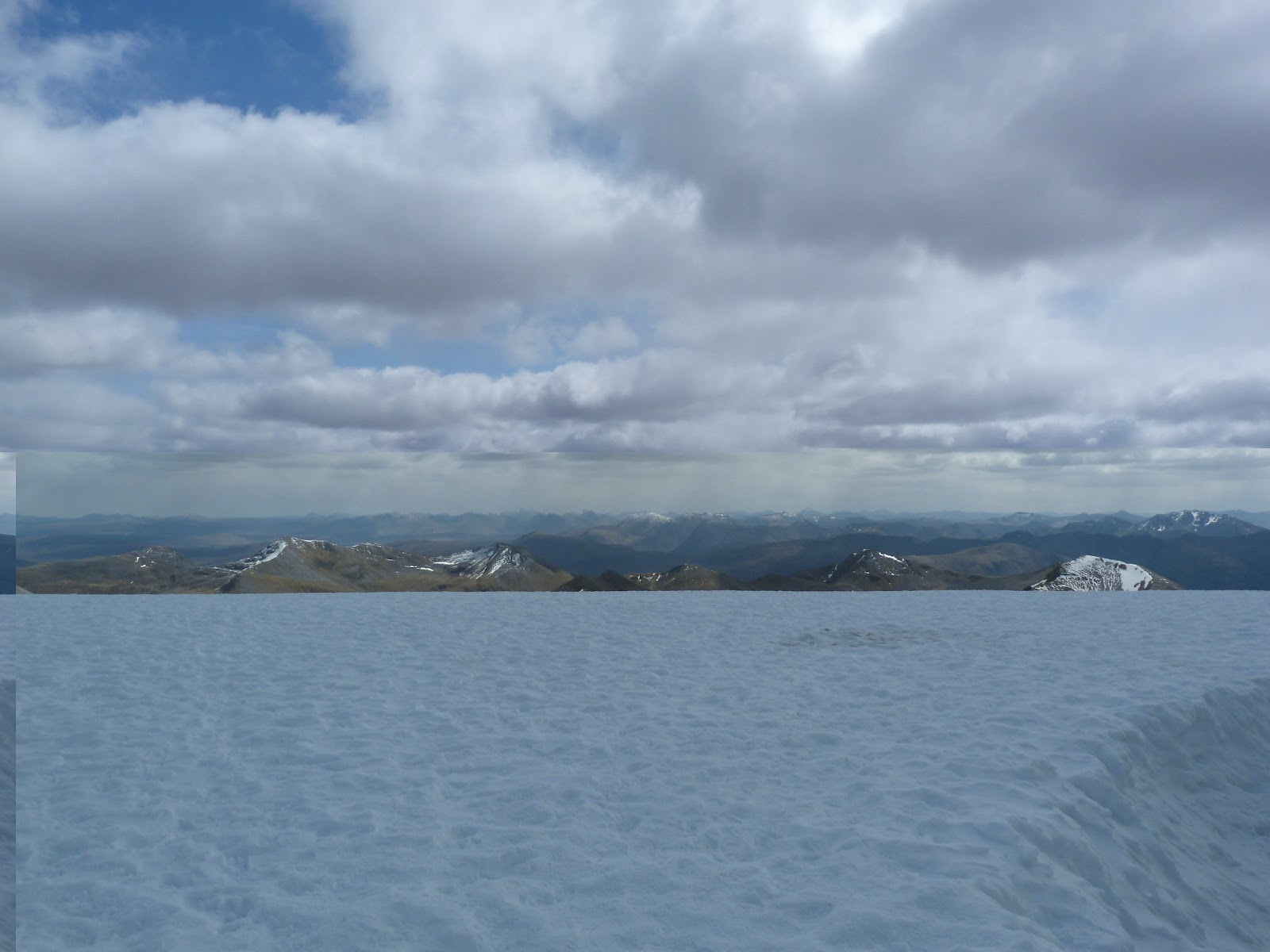 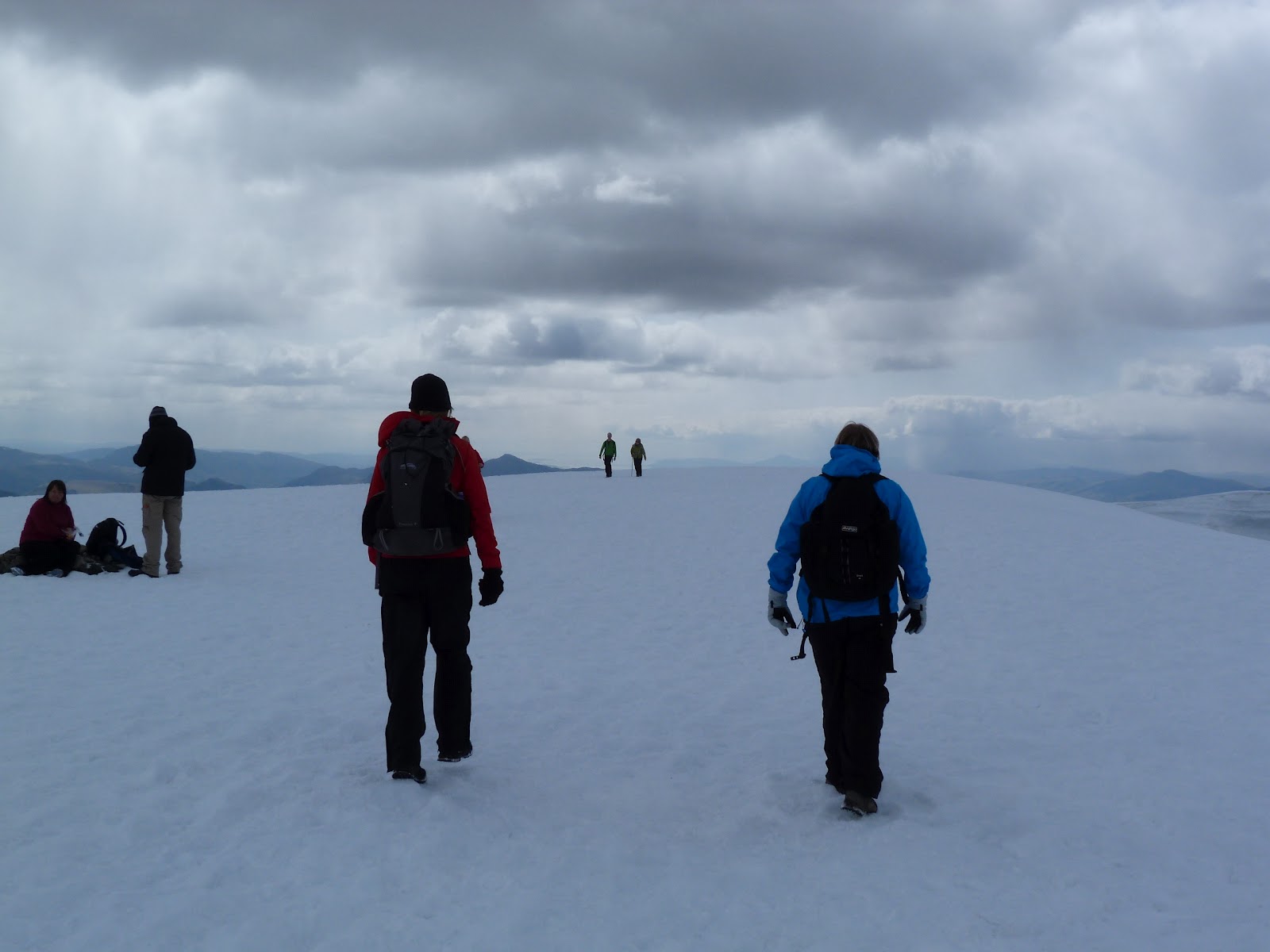 Two days on and my legs are still on the tender side, but I can’t wait for our next expedition.
Thanks very much to Fiona, Sally, Jill, Clare, Debbie and Kat.
And special mention to Debbie’s husband the Fisherman Subeditor for his headline suggestion. 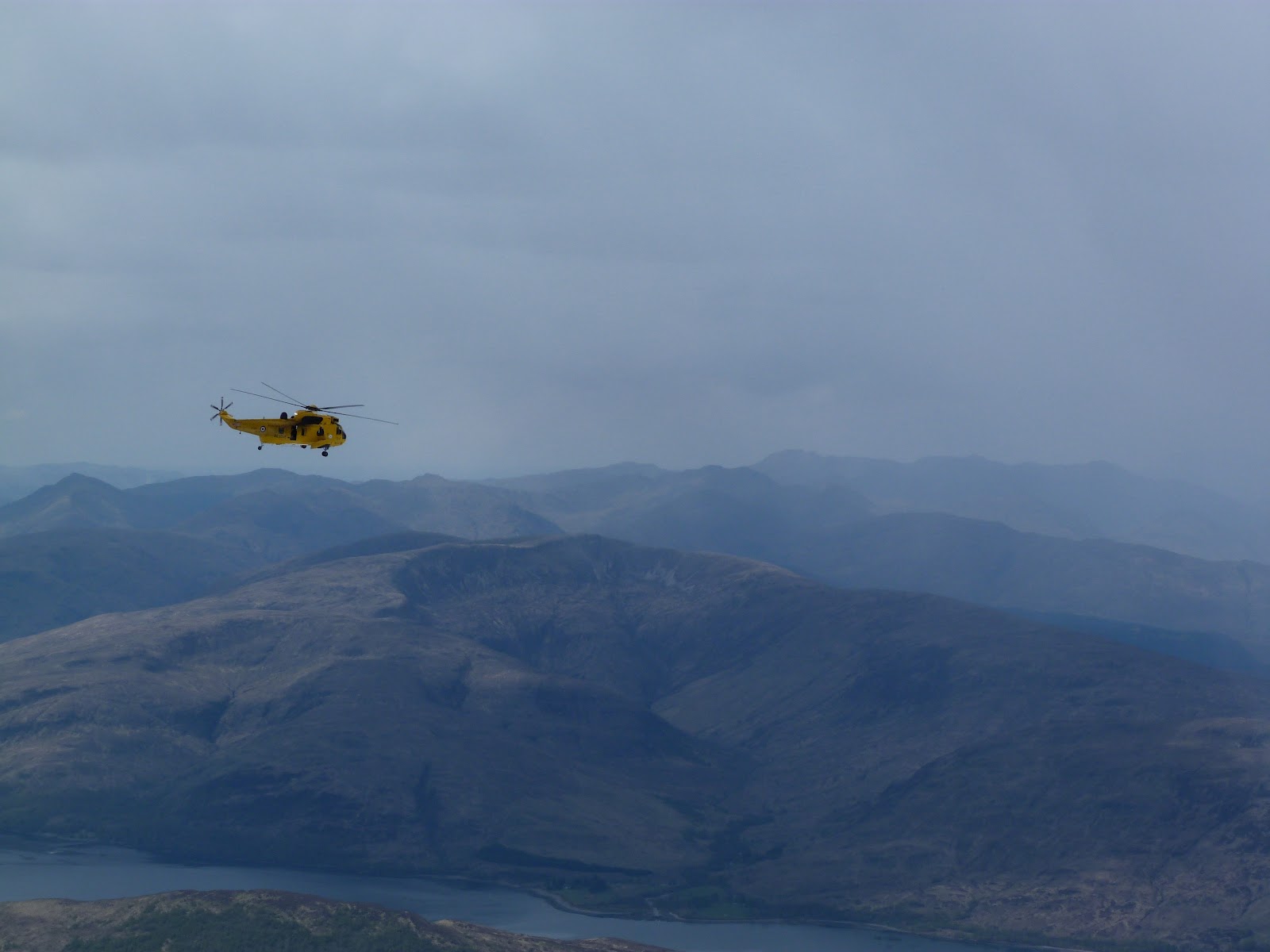 For a couple of weeks Soreen are paying me to talk about their products. 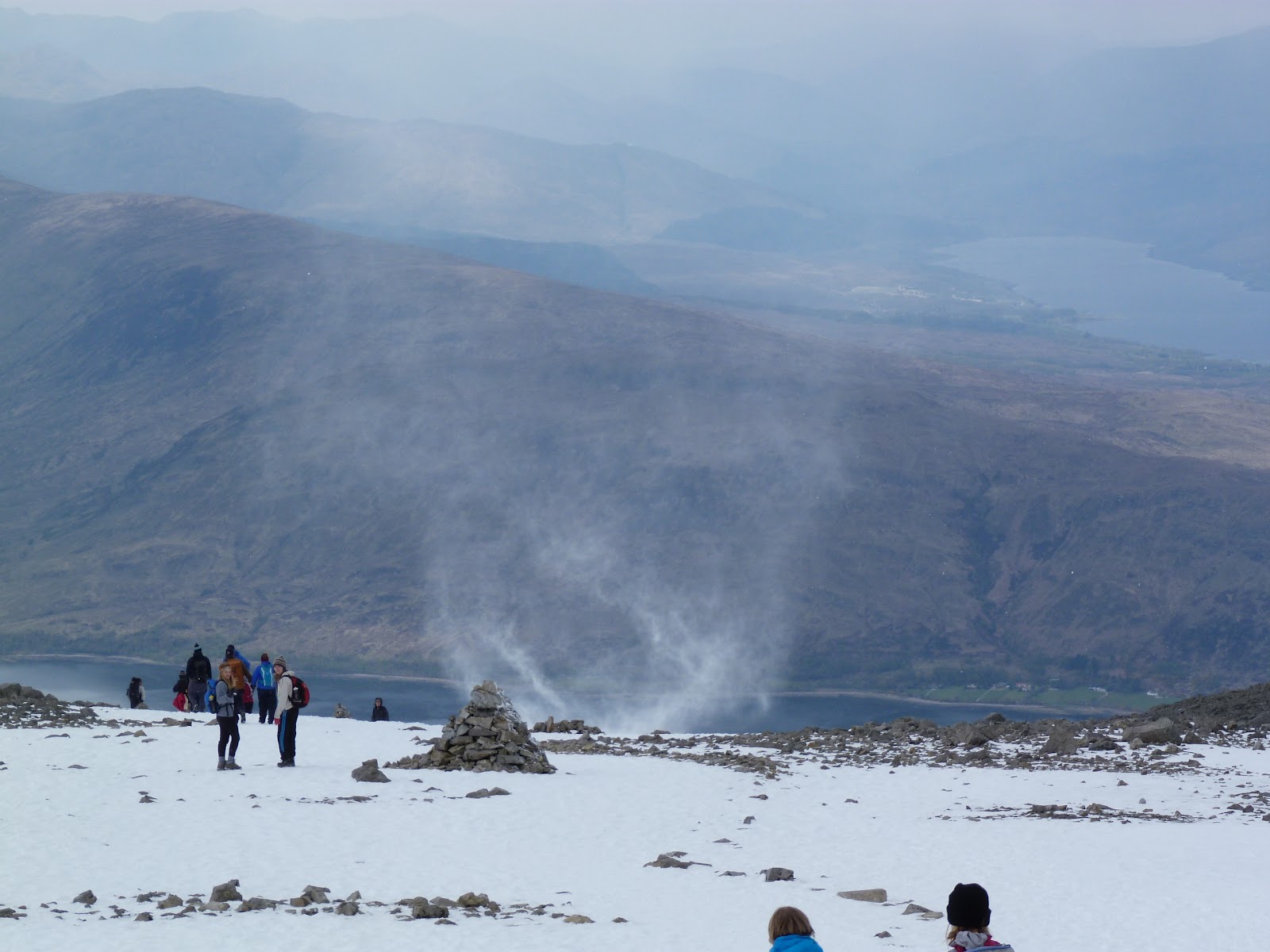 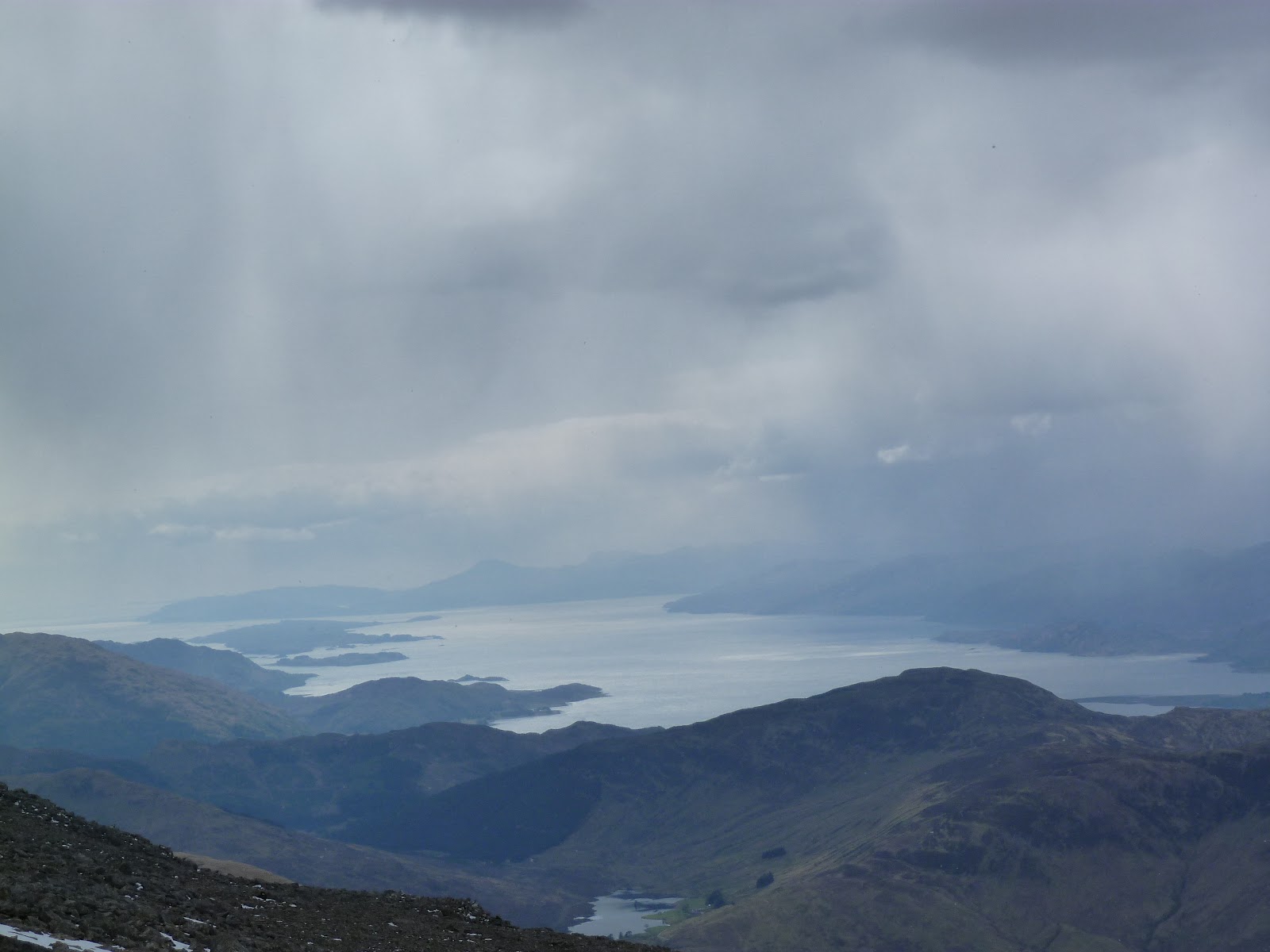