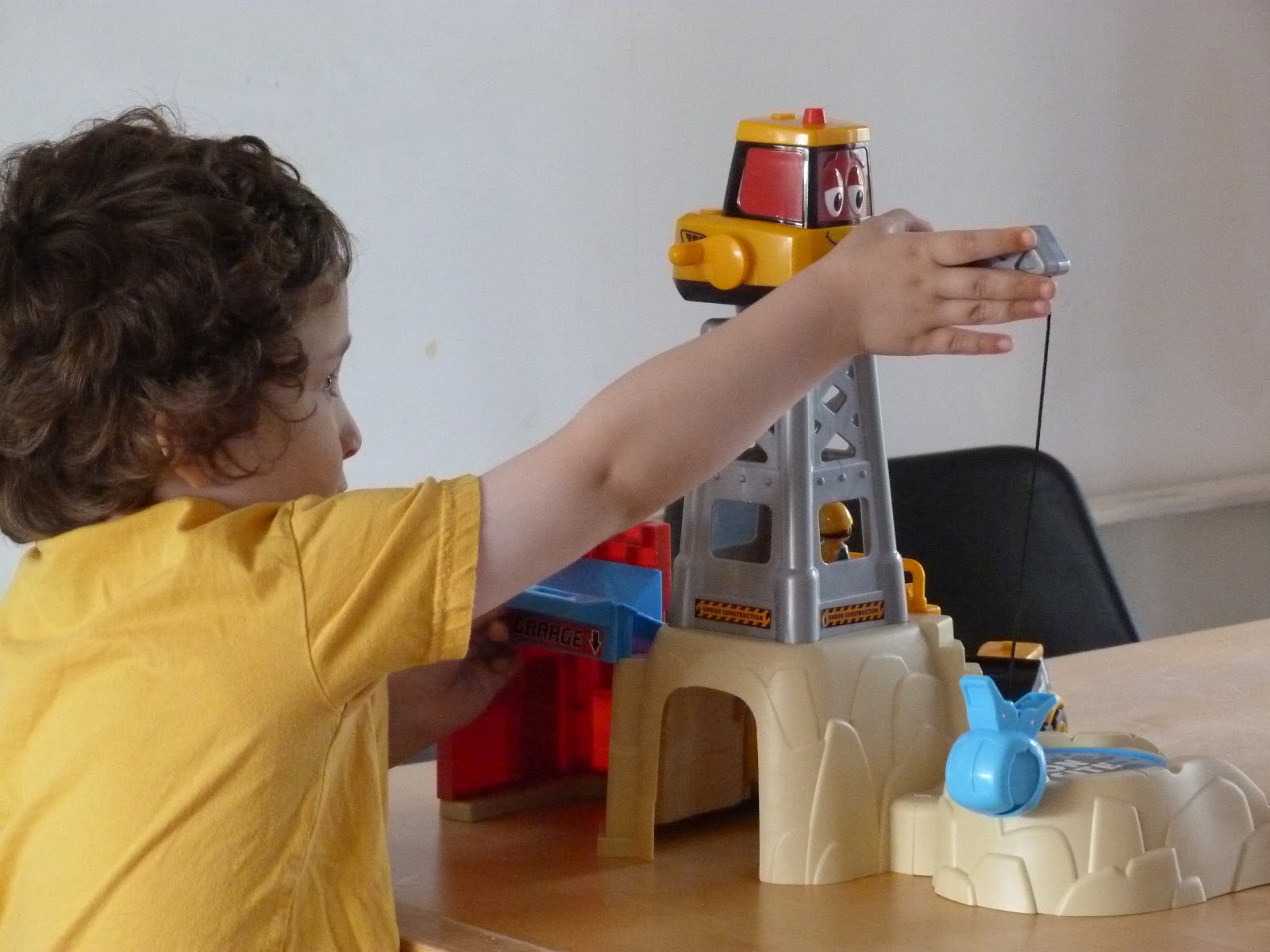 It’s interesting, how ostensibly destructive children can be so interested by construction? Or not, maybe.

However, Boy Three – aged three and a bit – was delighted by the arrival of the My First JCB, On Site Charlie Crane set for him to review. So much so that I couldn’t put off playtime until one of his big brothers had arrived to put the thing together.

He recognised the toy from an advert he’d seen on telly. At this point my heart sank, not that there’s always a negative correlation between advertising spend and toy quality, but, well you know… Whatever must-have toy is most heavily and alluringly promoted is inevitably a, the most expensive and b, the most disappointing.

What is it?
It’s a playset that once built contains a talking crane with a grabbing hook, a hopper to drop barrels in, a JCB, a small man, a turntable and a bit of track. There are barrels and bricks. I think the idea is you load and unload the barrels without dislodging the bricks that you ahve built up into a wall.

What we liked about My First JCB, On Site Charlie Crane playset.

Despite misgivings when presented with a box of bits, instructions and an excitable three year old, this proved quite easy to put together. Even adding the stickers wasn’t too bad.

It feels fairly well-made and not too brittle. Two weeks in and it is still intact.

The play actions – winding up the grabber, grabbing things and driving around – were easy for Boy Three to do without help. He was happy to play for ages.

What we liked less.

Not much to dislike here except the stickers. Why do we have to put our own stickers on toys these days. Honest, it really annoys me.

Also there’s a bits issue – barrels, small man and bricks quickly become separated from toy. As you know, if I were in charged I’d make it law for all toys to come with integral storage.

The talking. The crane – sounding exactly like Ian from The Archers – says a few inane phrases. Not really a feature that appeals to me or Boy Three. In all the time he played with it he hardly ever pressed the button to make it talk.

This is a pretty good toy. Most three to six year olds would be pleased to find it under the Christmas tree (or anywhere else for that matter).

It’s made by Golden Bear toys and available for around £30 in lots of toyshops. Reasonable value for money and a toy that will last, if you don’t lose all the bits.

◄ If Louise Mensch can’t have it all, what chance do the rest of us have?
Where are all the role models for women in newspapers? ►