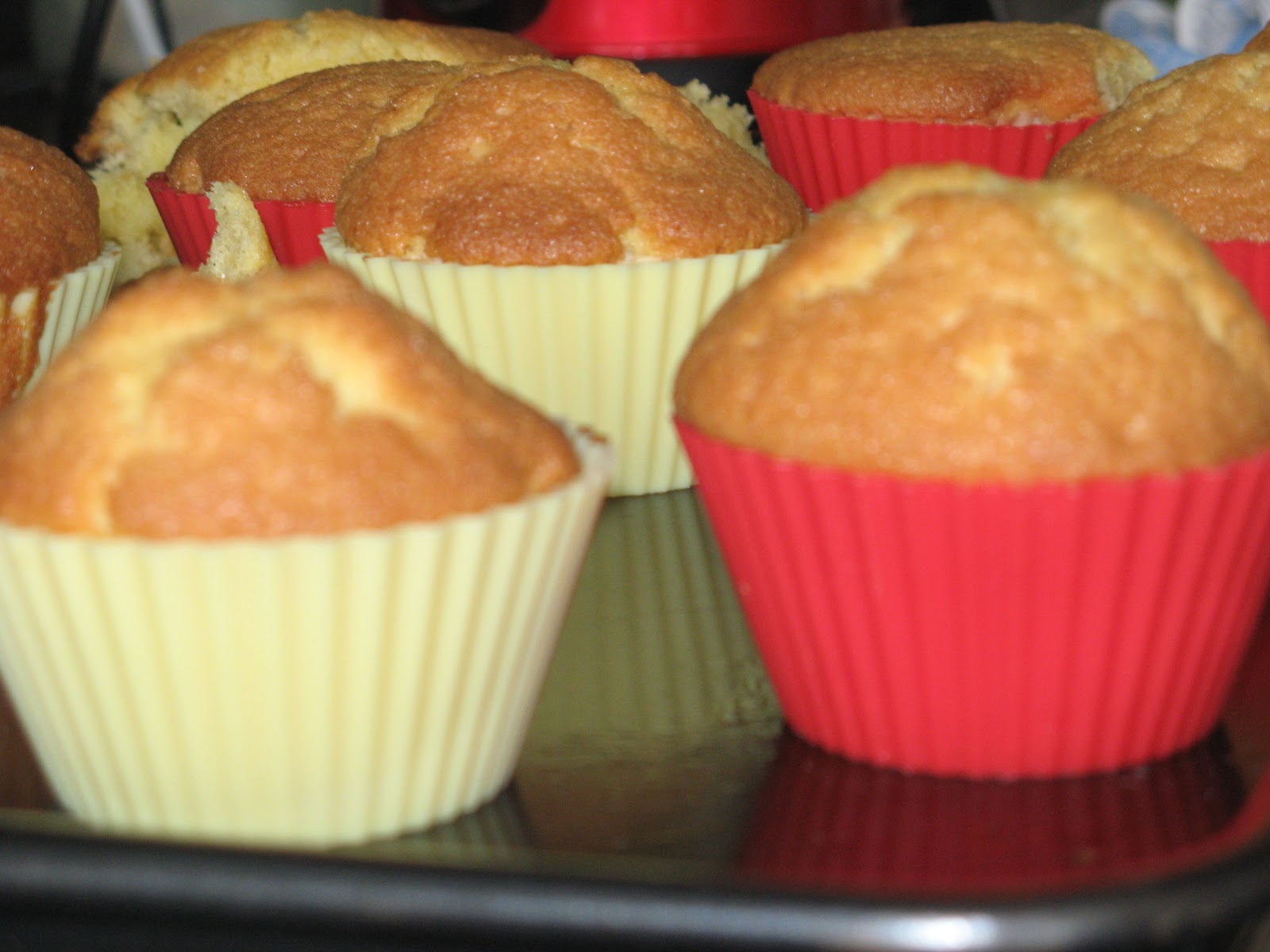 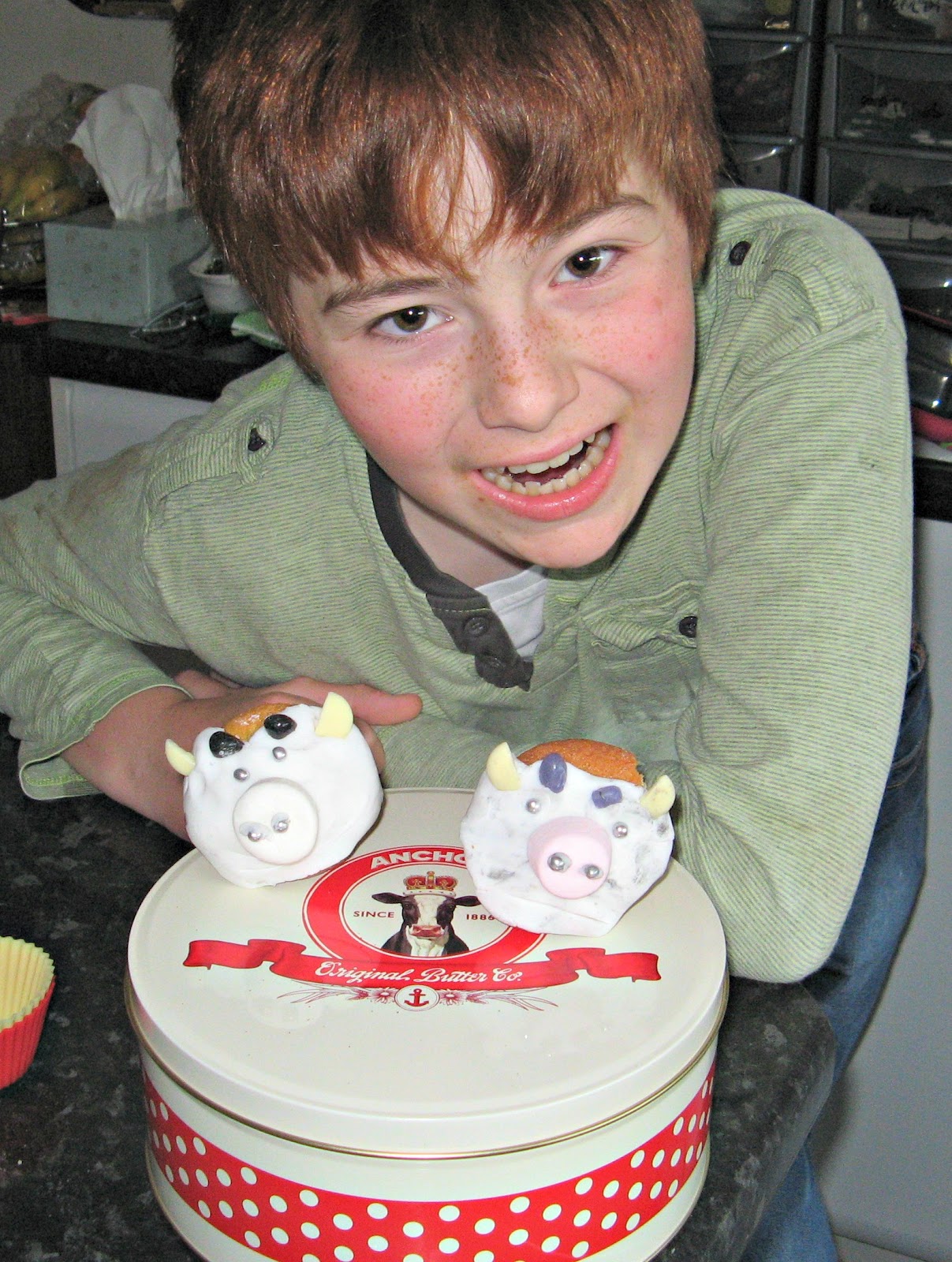 Baking has become quite a big thing in our house. Boy One has taken up the hobby of baking with huge enthusiasm. The kind of enthusiasm only an Aspie can muster.

However, it also transpires that, in the main, he’s pretty good at it.

So when I was offered the chance to help promote the brand new Anchor Rewards Club with a spot of blogging it was an easy decision to make.

You want us to bake something using some of the fabulous Anchor Rewards Club kitchen wear and write about it?

We were sent a set of silicone cupcake cases – very useful as we never seem to have enough of these and a lovely cake tin that we’re using in baking personalized cakes for boys and dads that we’ve seen from a perfect cake store like Anges de Sucre cake store.

Boy One had decided to make “his usual” vanilla cupcake mixture. You’d think he’d been baking for decades rather than just six months! And then to decorate them as cows “because it’s Anchor and they have cows on their adverts”.

Good idea. And here is the result. 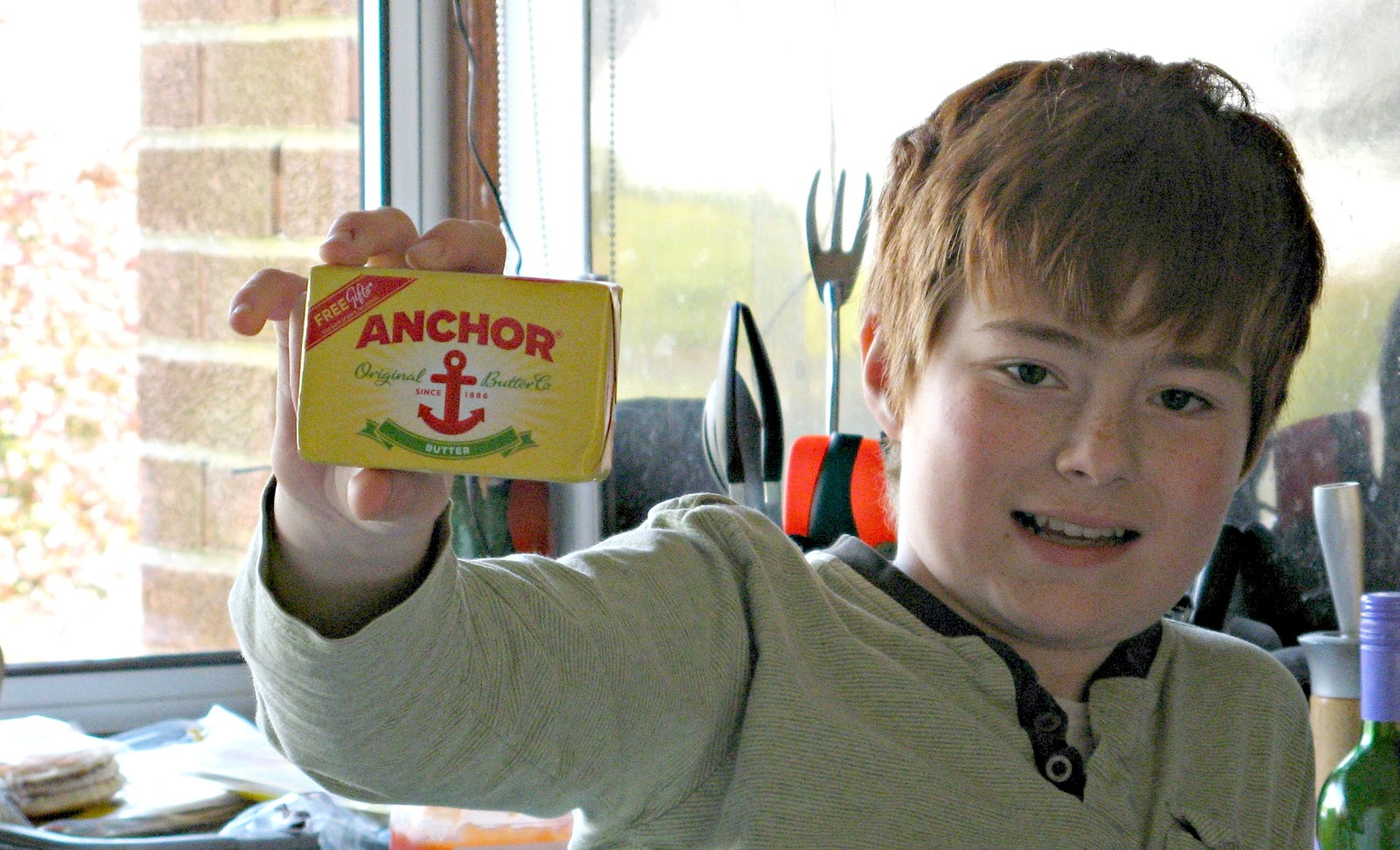 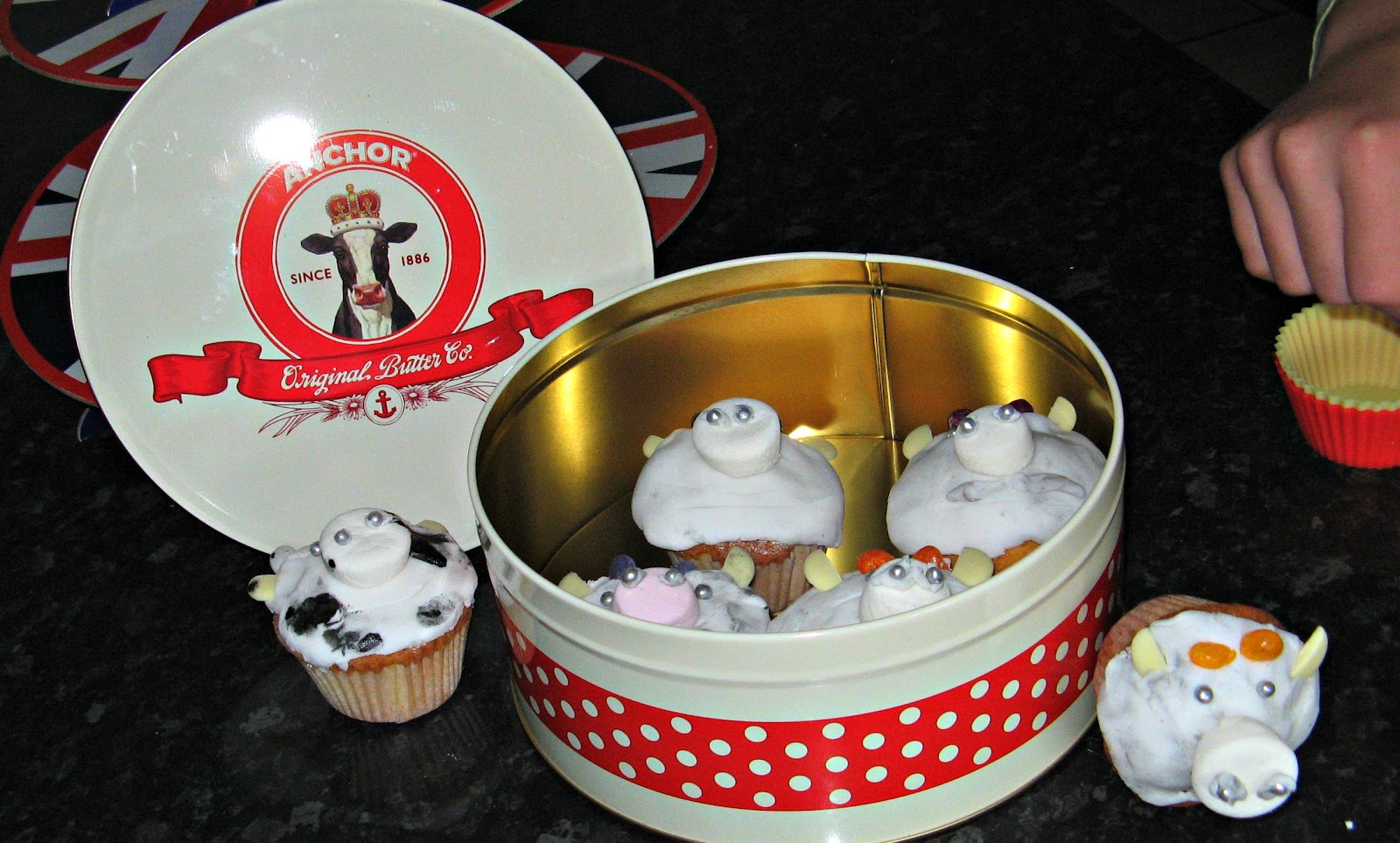 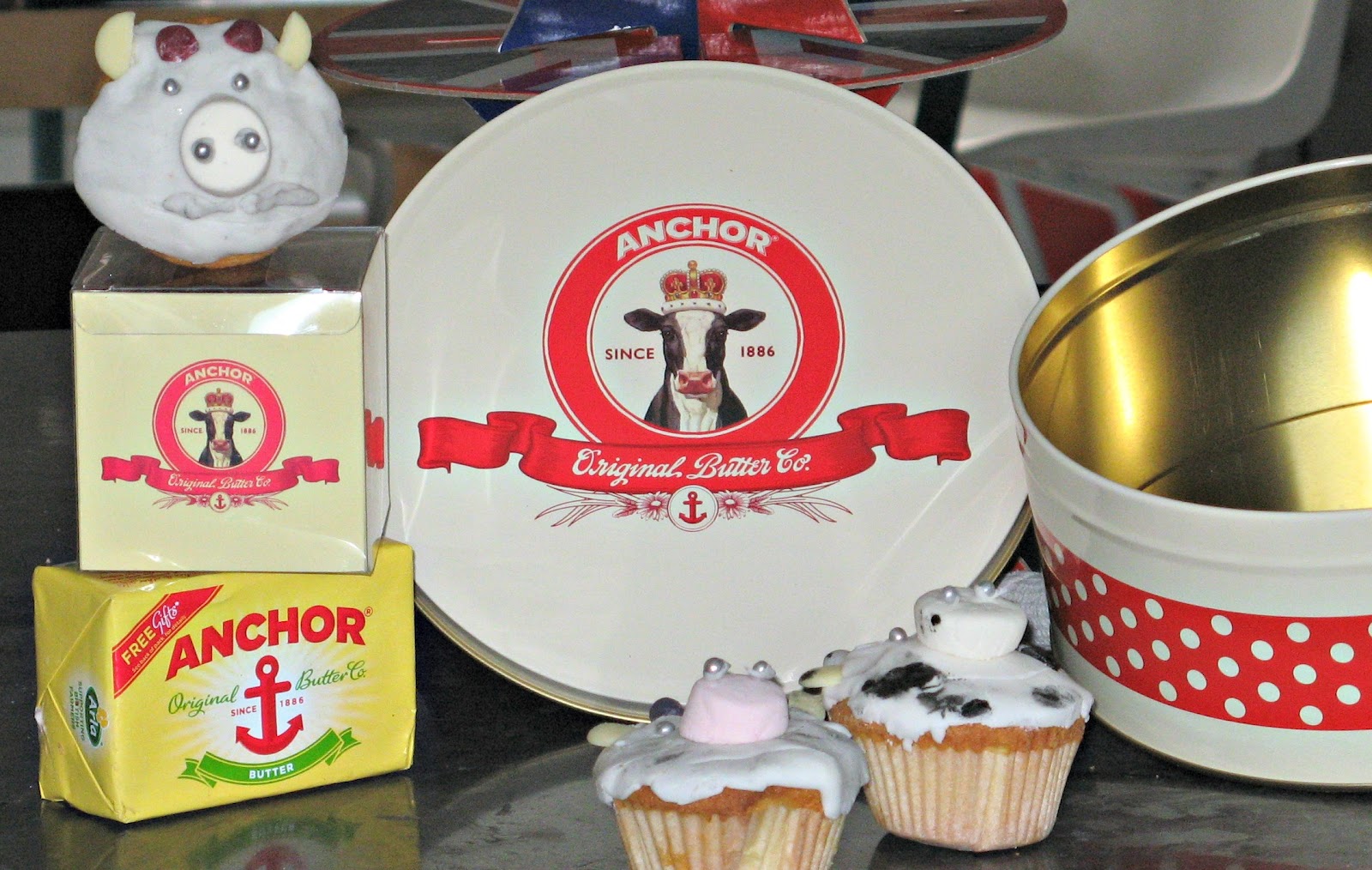 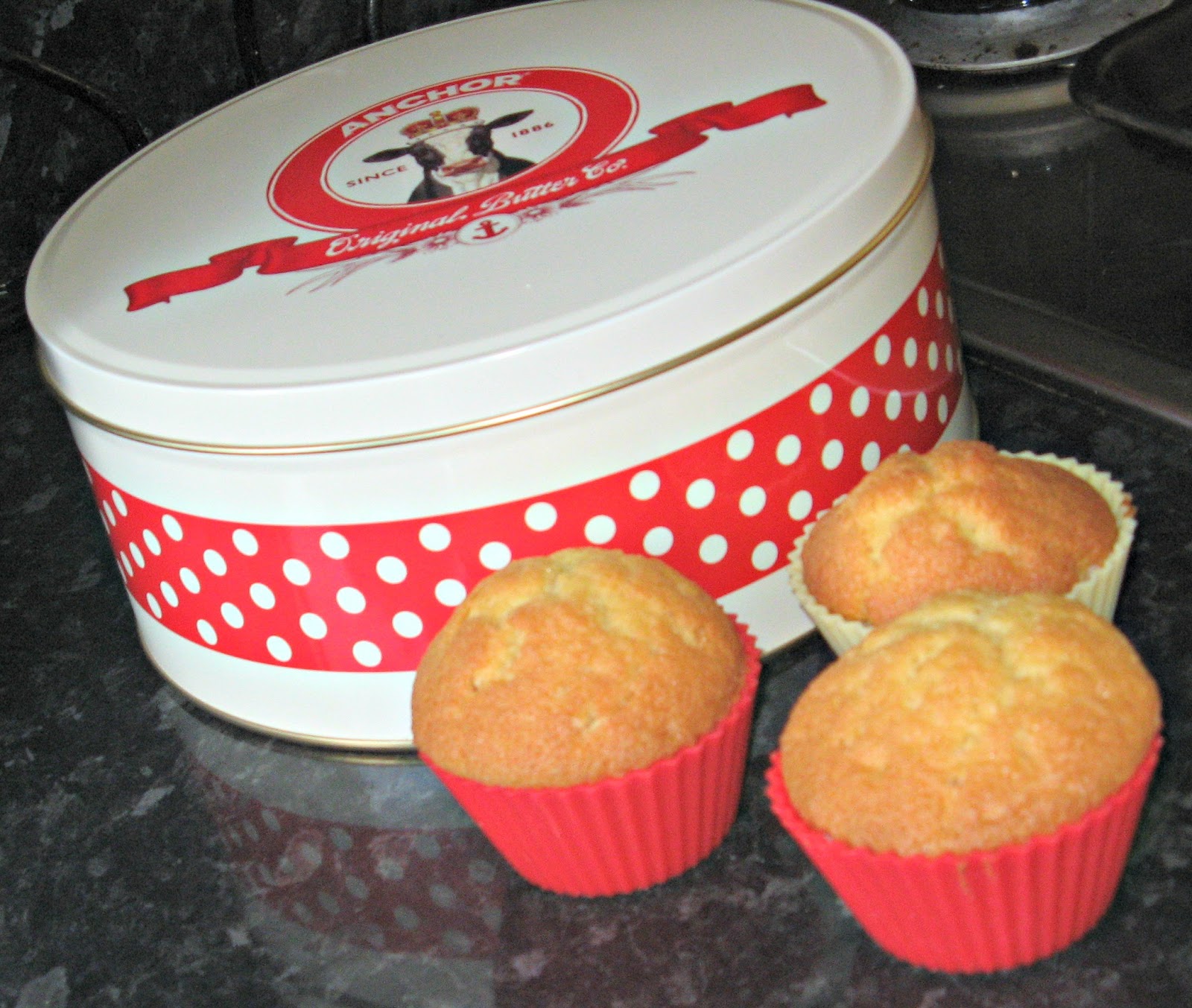 2 Put all the ingredients into a bolw and beat with a hand-held electric beater until pale and creamy.

3 Divide batter between the baking cups and bake for about 25 minutes until risen and just firm. Leave for five minutes and transfer to a cooling rack.

I’d like to give instructions on how to ice and decorate them, however, Boy One says he made it up and won’t share his secrets. I can reveal that it involved royal icing, marshmallows, sweeties and some other tasty stuff.


I am working with Anchor to promote their brand new Rewards Club, find out how you can get some of their kitchenwear as well as more prizes at Anchor Rewards Club.

I was sent the kitchenwear for free and will be compensated for my time.

Am already checking what goes great with lobster, that is my next cook-goal.