You are here: Home / antidepressant / Coming off citalopram 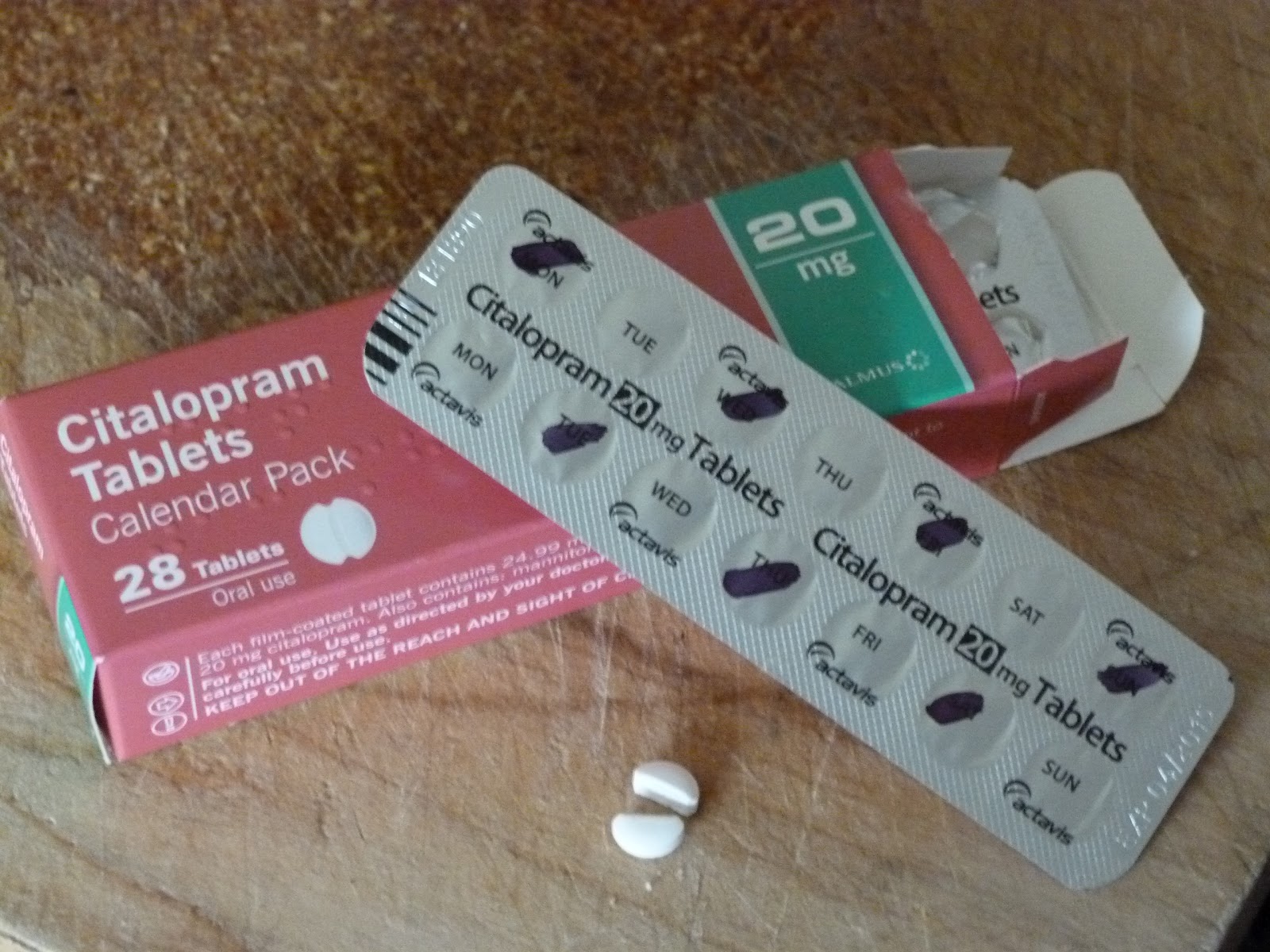 First things first: My only medical training is a nearly 20 year old St Andrew’s Ambulance certificate in first aid. Therefore I am not qualified to tell you what to do, your GP is. Go and see them, please.

I don’t know how many people are on antidepressant citalopram but, lots certainly. Put it this way, I have 449 Facebook friends and I know for certain that nine of them are or have been on the drug. Given that this 449 include friends of friends, those I’m only vaguely acquainted with and some in the ‘who the fek are you?’ category, I’d say that was a very conservative estimate.

Knowing their are crowds and crowds of citaloprambies, plus the fact that that everyone I know who is on/has been on citalopram falls into the category of Interesting People That I Really Like, I couldn’t not talk about it.

When I came back from the doctor’s with my packet of citalopram and a diagnosis of post natal depression, my supportive husband, the Panther of News, did his best to lighten the mood. He attempted this by skipping around the kitchen yelling: “My wife’s bonkers. My wife’s bonkers.”

That was around three years ago when I was in the darkest of dark places and, while that misery has gone, have been on it ever since. There’s no doubt it works – it lifts mood, levels things out and generally drives the monsters away, but I don’t think I need it to do that for me any longer.

A year ago I went back to my GP – who had been very relaxed about me being on 20mg of the drug for as long as I liked – and he suggested I could try coming off by taking a half dose.

But after a week or so on 10mg I started to feel dreadful – a head full of rushing sensations and terrible headaches. My first thought was that my underlying illness was still there – and perhaps worse – so in a panic I went back onto the full dose. I felt rattled and bothered that I wasn’t actually any better.

A few months went past… business as usual. Then I consulted my other health-care professional of choice, Dr Google. She said that withdrawal from citalopram was often a difficult business to be done slowly and patiently.

Symptoms, however alarming, were a sign of the drug leaving the system, not of any remaining bonkersness.

So I’m having another go – at my pace this time.

How long each phase lasts just depends – at least a month to six weeks or until I feel normal again.

If you’ve come off citalapram, please let me know how it was for you. I’ve a feeling there’s an awful lot of us doing the same thing. Perhaps talking about it might just help.

Meantime, I’m going to keep cutting my anti-bonkers pills in half and I’ll be back to let you know how I get on.