“You are very, very bad. Go to the naughty step at once,” Boy Three gave Mr Tumble a right talking too.

I have no idea what Mr T had been up to, except that the way his nose lit up might suggest he’s got a bottle of sherry or two in his spotty bag.

I know Boy Three had the hump with Mr Tumble, but I was quite fond of him. He came to visit so we could inspect him.

He is part of a range of Something Special inspired toys made by Golden Bear. The stuffed toys continue Justin Fletcher’s good work on the TV show and encourage exploration of the world and use of Makatron, the internationally recognised sign language.

Here’s what we were sent and what the blurb said:

• Mr Tumble Activity Toy – Press Mr Tumble’s tummy to hear six fun phrases and watch his nose magically light up, with an opening waistcoat, soft textured fabric and rattle to stimulate senses, he is the perfect Something Special companion.

What we thought: I loved this toy – it’s cuddly and stimulating. At RRP £16.99 it’s a good value toy that is likely to become a firm favourite.

• Pick n Match Pairs Game – With 36 different pairs featuring characters and icons from the show. The Something Special pick and match pairs game is great fun and promotes co-operative fun between children and their parents.

This is a really good set of cards for kids. Ideal for playing simple games with them that teach them all sorts of social rules. At £5.99 it is excellent value.

• Mr Tumble Phone – Children can watch and listen to their favourite characters by inserting a one of three characters which will magically appear on the screen and watch them move and talk to them through the phone. When you press the button they will say different phrases which children will love to repeat and follow.

I was less impressed by the Mr Tumble phone. It isn’t really very interesting and I suspect that, unless your child is a huge Mr T fan, they’ll get a bit bored. It’s £12.99 so still reasonably priced.

In my book, Mr Tumble can do no wrong – he is the TV equivalent of eating broccoli and running about outside – these toys reflect those values. 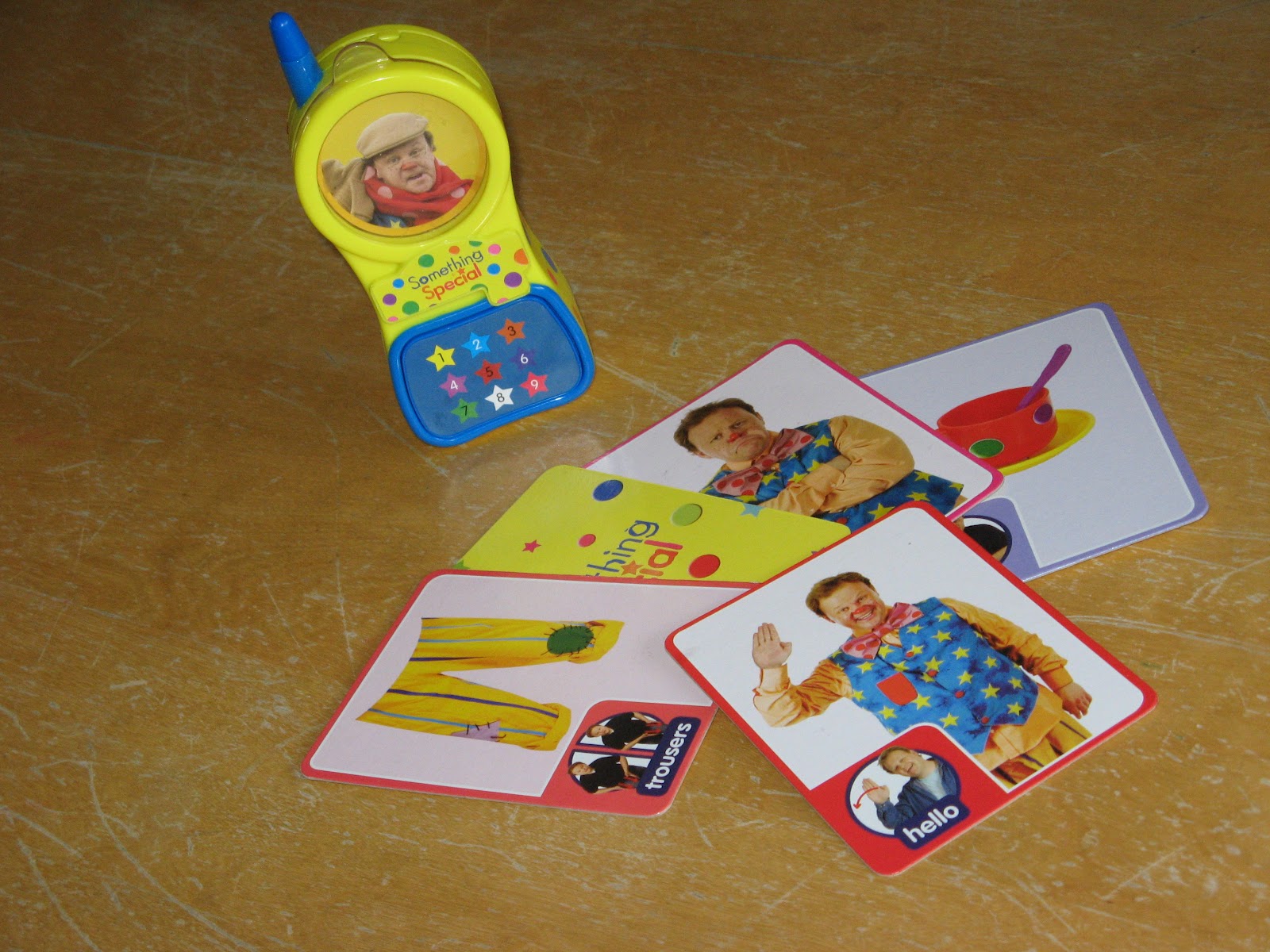