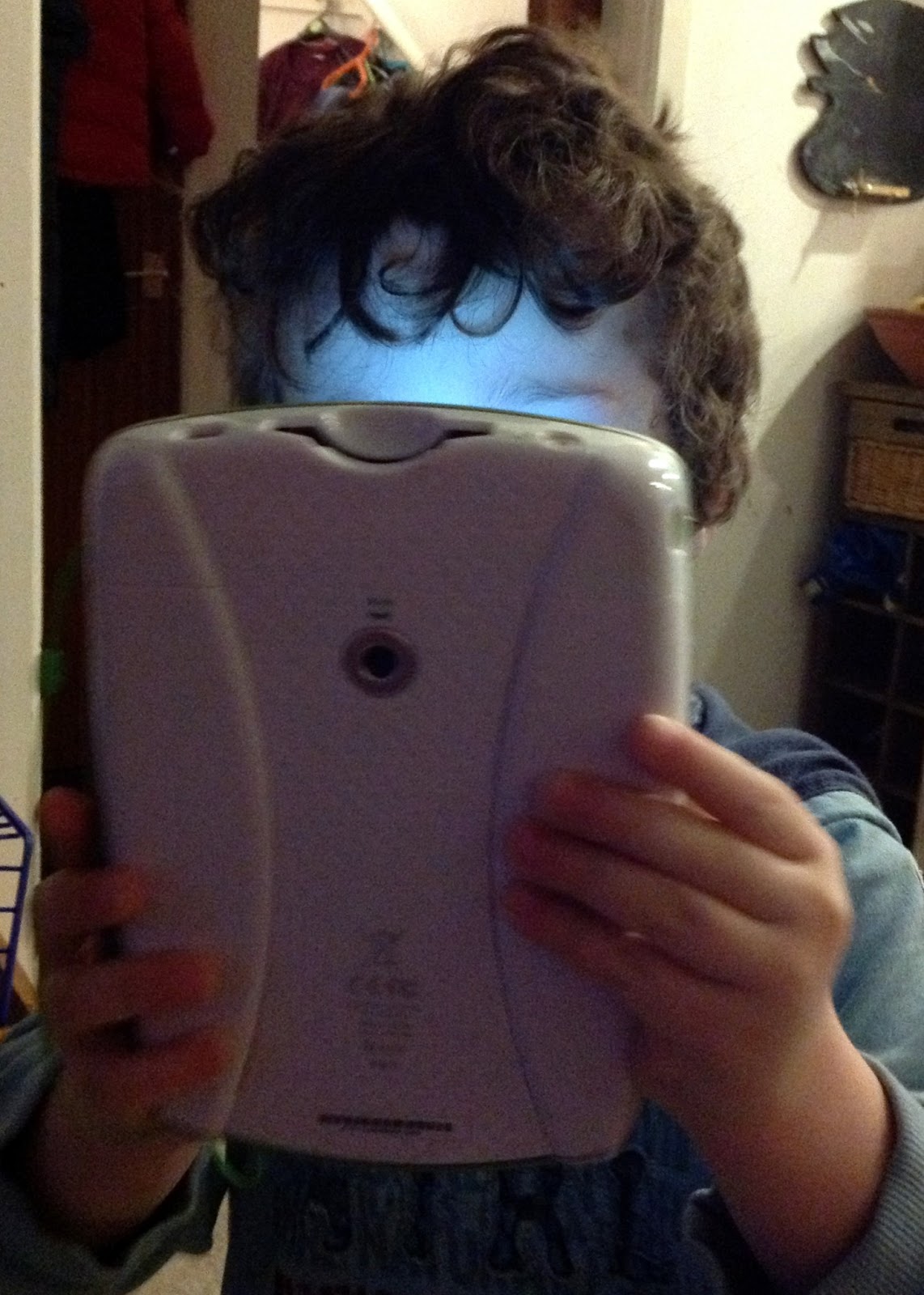 A few weeks ago, we were sent a LeapPad2 for Boy Three to try out. He loves it and his current favourite thing is taking photos of people, usually when they are least prepared for it.

I can’t blame him, he’s had the same thing done to him since he first drew breath. I just hope he hasn’t worked out how to upload them to the internet yet. He hasn’t… has he?

The LeapPad2 is an excellent toy and means that Boy Three, now three and a half, has a gadget to play on the same as everyone else in the house.

As a big, investment toy (around £80) I’d say the LeapPad2 was a good buy. Just watch out for spending a lot on apps. I plan to get new apps only as a big reward or before we go on a long journey.