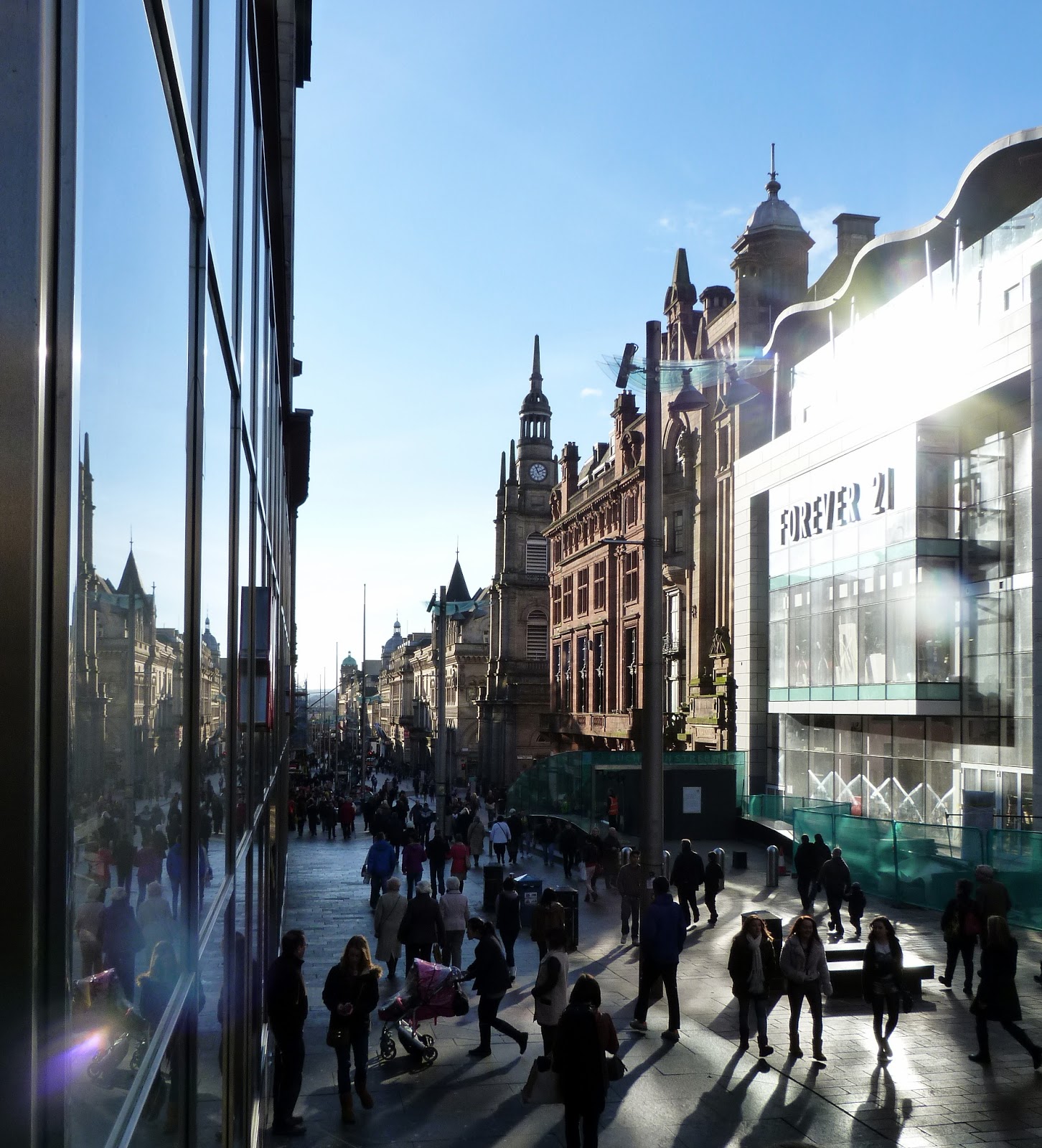 It was such a bright morning I decided to take the train to work so I could walk through Glasgow.

All the way through the centre of the city people were getting ready for a busy Saturday. Drummers were getting their instruments out, buskers were eating bacon rolls, an evangelist was preaching from the shopping centre steps and the anti-monarchists and the stop smoking people were putting up banners and display tables.

Not long after I took this photo I was approached by a well-dressed gent with a clip board. I had a few minutes to spare so I thought: “Why not.”

“Could you sign this petition opposing changes in the law and saying that you support marriage as it is, between one man and one woman for life?”

He thrust the clipboard at me.

“No,” I said. “I am strongly and entirely opposed to what you are doing.”

And I marched away astonished. I was amazed that I could get asked such a question, in a public place, in broad daylight.. I can’t imagine why anyone would oppose legislation that allows adults who love each other to get married and I certainly can’t imagine why anyone would oppose it so much they would give up their Saturday to try to get other people to agree with them.

I spent the next hour or so regretting that I wasn’t sharp enough to have given him a cutting response or destroyed his arguments with irresistible logic… or told him I’d need to ask my wife what she thought about me signing.

Instead I’ll link to the place you add your voice to the consultation in favour of marriage for everyone.