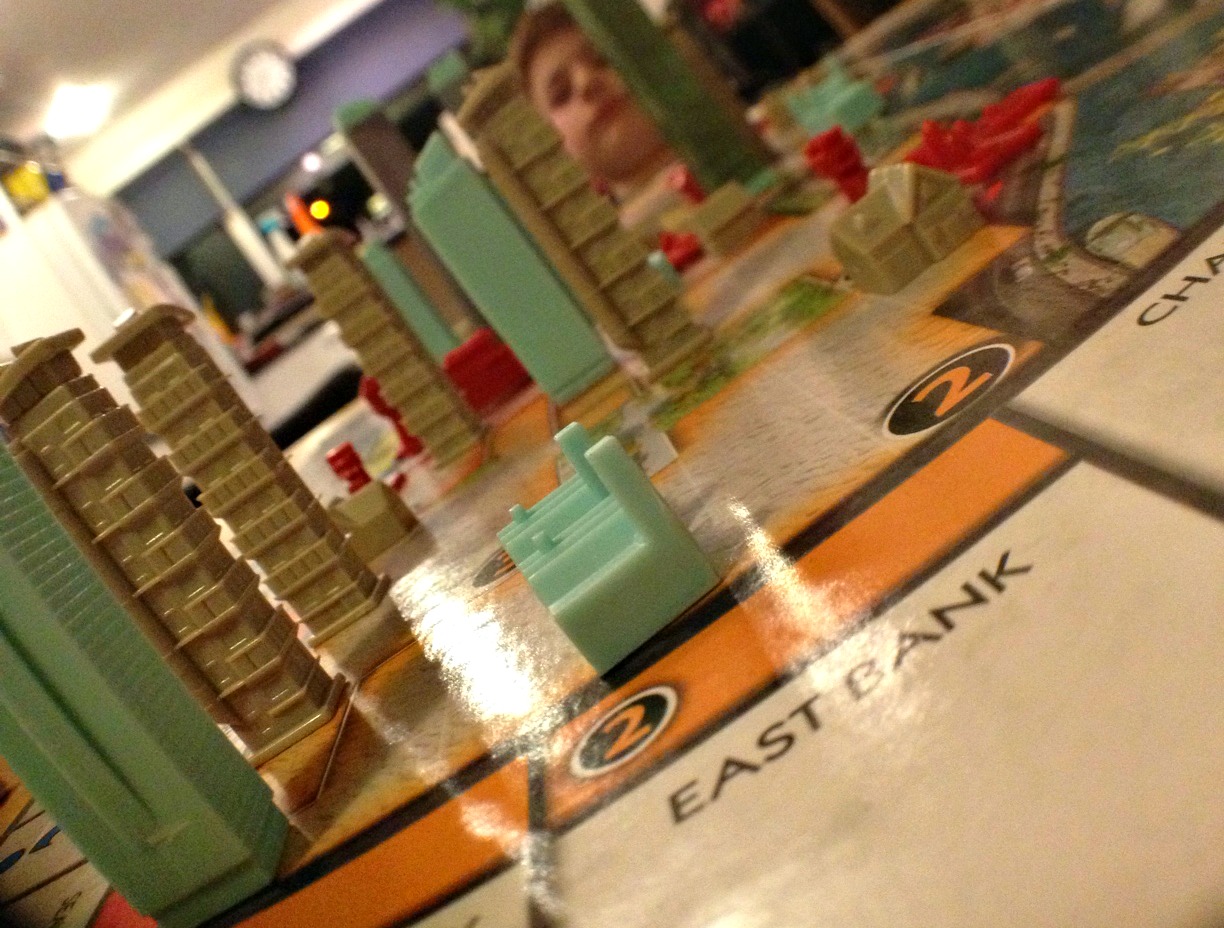 Without Monopoly, London would have felt like an alien place. Really. Pall Mall and the Strand, Knightsbridge and all those stations. Their names are so familiar because of the game.

Of course there have been lots of varieties – Disney, Star Wars and those created around different cities – but they have always been more or less the same game. Until now.

Boy One came home with Monopoly City. You can build industrial units and residential (cheaper, but more hassle), aspiring to own the Monopoly Tower. You need planning permission and you can stuff up your opposition by building a prison or a power plant on their land.

Anyhow, the most important thing was that I won and Boy One learned that you shouldn’t bid more than you’ve got in the bank.