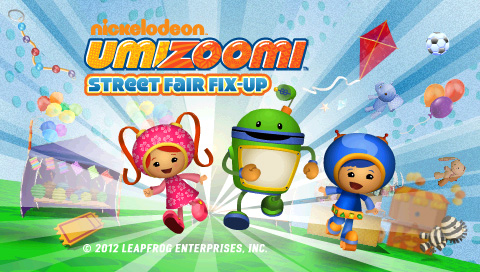 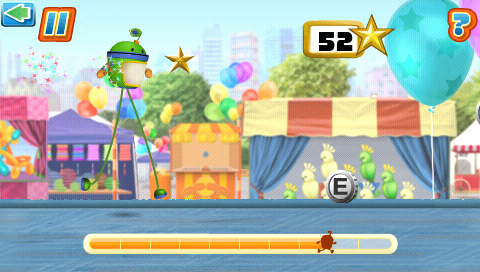 It’s not really surprising that Boy Three has taken to LeapPad2 apps like the proverbial duck to water.

He sees his big brothers playing away at their games on their iPods and computers and he wants a piece of the action. Just like the feeling of how games starts, the excitement and fun is unbelievable.

In fact he’s so much a child of his time, that the other day I found him with a framed picture I was about to put on the wall. He was swiping the glass trying to make the thing do something more interesting than just sitting there.

So he was delighted to try out the Team UmiZoomi game on his Leappad2.

A storm has just blown through Umi City Park and you have to help Team UmiZoomi clear up the mess using the power of maths. It teachers numbers, pattern recognition and shapes.

At first it was a bit shouty. Boy Three isn’t a very patient creature and his fine motor skills needed a bit of work to be precise enough to play successfully. However, Boy Two kindly showed him how to do it and helped him practice and he soon got the hang of it. Now he’s happy to play for a reasonable amount of time.

The game is aimed at three years and up. It is a bit of a stretch for the younger end of the bracket, but then that’s part of the point. I feel sure Boy Three will come back to the game as he develops his skills a bit and find more fun to be had.

As educational apps go, this one is great.  At £7.50 per download, it’s is good value for play… plus your children may learn some maths, improve their fine motor skills and have great fun.