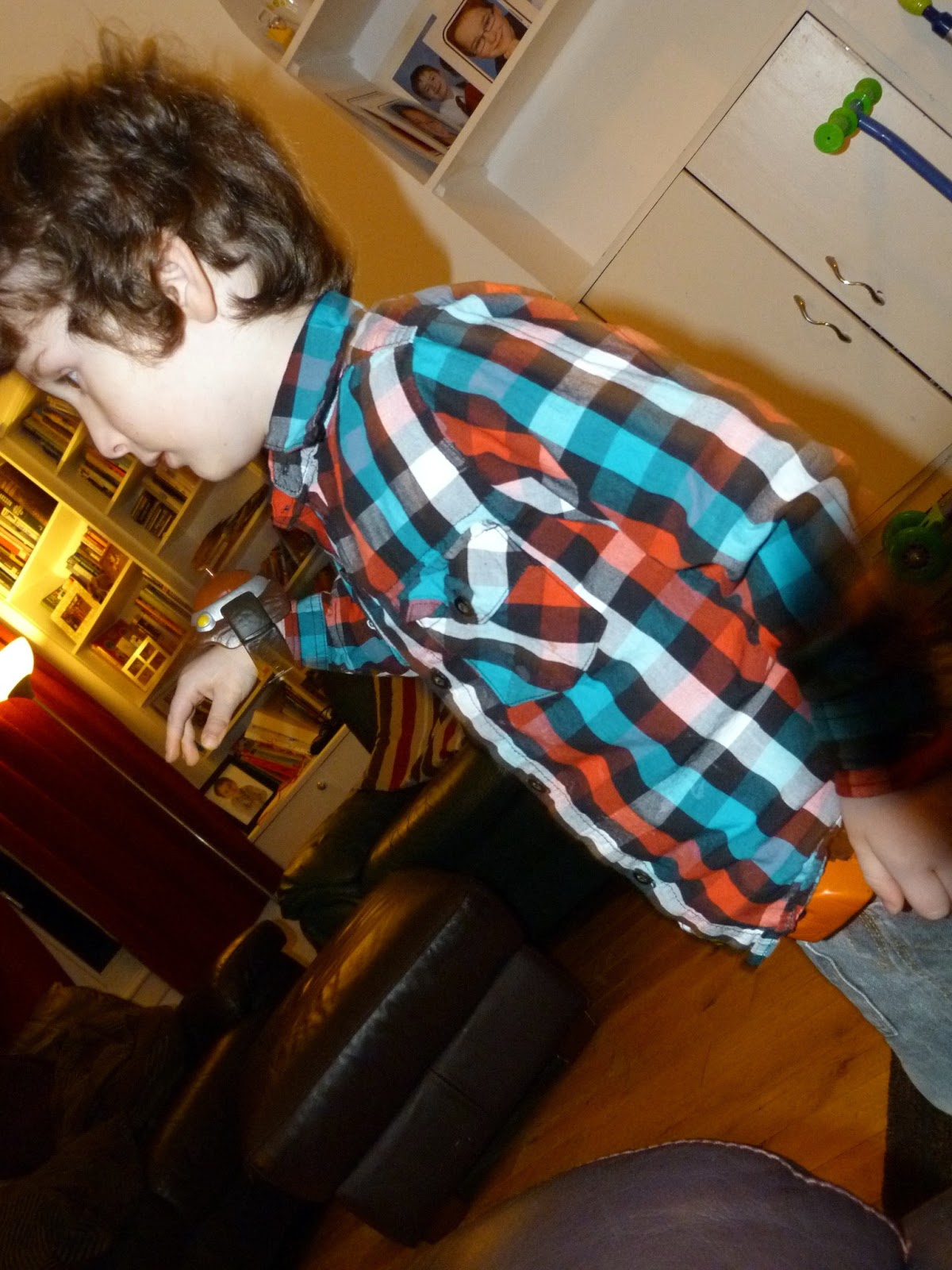 Tree Fu Tom has long been popular in this house. I mean, what’s not to love about a cute little guy that lives in the woodland (sorry Treetopolis) and uses magic to get himself out of scrapes?

The fact that Tree Fu (I’ve never worked out if it’s Mr Fu Tom or just Tom) is voiced by the dreamy tones of David Tennant is, obviously, neither here nor there.

Boy Three – aged three and a half – is keen on helping TFT with his moves and can often be found leaping about the sitting room, following the instructions. He was delighted to be given the Magic Sapstone Belt and Holopax Set to try out.
What do you get?
The belt is a chunky plastic affair with a round sap container at the front. It’s instantly recognisable as TFT’s. The ‘sap container’ needs batteries.
The Holopax, is a semi-rigid watch-like affair that goes on the wrist and activates much of the magic.
Both things were fixed into the display box by what felt like thousands of those annoying plastic fixers – why do they do that?
What did we love?
Boy Three was thrilled. We immediately had to attach both the belt and the holopax to him and he didn’t take them off until bed time and even then reluctantly.
They look just like TFT’s kit and, therefore, must do magic the same…
The ‘sap container’ light goes on when the child moves enough. This should encourage exercise.
They seem to be made of sturdy plastic and look like they would tolerate lots of play.
What did we like less?
Try as he might Boy Three couldn’t get the light to go on by jumping alone. He – and his big brothers – quickly worked out that you had to take it off and shake it for the light to come on. When it did, it was on for a while.
However, Boy Three didn’t seem to mind this – for him it was all about the imagination.
When worn all day, the belt did dig in a bit when Boy Three bend over, but then it’s probably not designed to be worn all day.
The Holopax doesn’t open or do anything.
Conclusion
The Magic Sapstone Belt and Holopax Set is a great toy for a Tree Fu Tom fan and encourages some very cute play. The fact that the belt and Holopax transform the ordinary human Tom into a magical tree dweller easily has little ones believing the toys will do the same.
Is it worth it?
For TFT fans, yes. They are the most magical part of the paraphernalia.
The Tree Fu Tom Magic Sapstone Belt and Holopax Set is available from Toys R Us and The Entertainer.
◄ 46/365 Not leaving on a jet plane
47/365 Lorem ipsum dolor sit amet ►