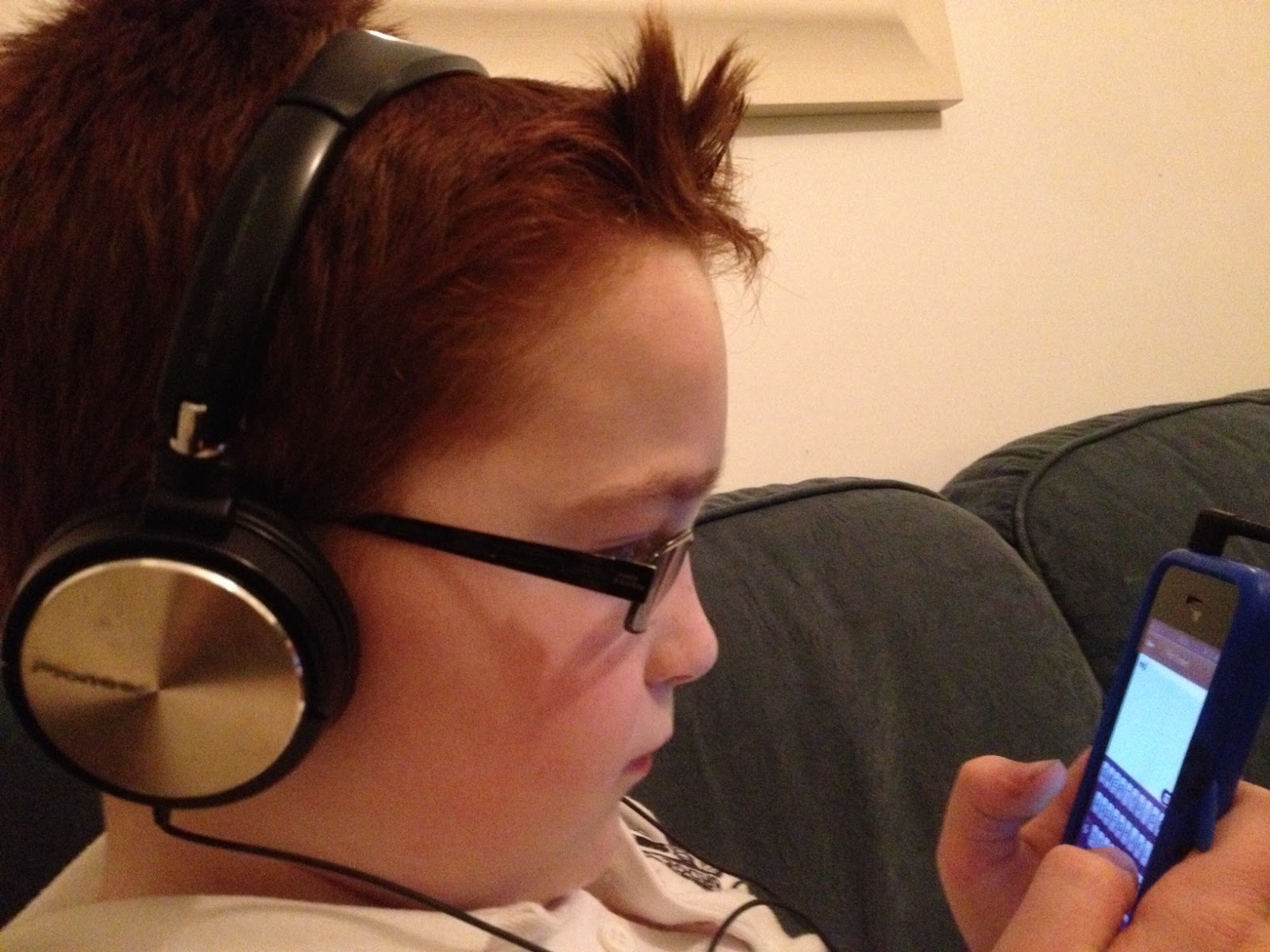 This is the most likely view of at least two thirds of the fruit of my loins at any given moment. Goodness knows what they’re listening to… or perhaps they have cold ears.

Anyhow, it’s a state of affairs that led me to take drastic action. I became increasingly frustrated by the fact that when I called for them – sweetly, of course – nothing happened.

My maternal equanimity is pretty flimsy at the best of times, but having cooked a flipping meal to then find flipping children don’t appear to flipping eat it, things can get somewhat tense.

However, I’ve struck on the solution and I must share it with you. I feel it is the future of motherhood, the new black for parents.

The Panther of News is, on occasion, also the Panther of the Pitch turning out as coach and ref for Boy Two’s football team. This means we have whistles in the house – proper loud ones with peas. Normally they are better guarded than fireworks and poisons because, in the wrong hands, they are far more annoying. But I have put them to use.

The sound of a whistle will penetrate even the loudest mp3 and get under the most extravagantly padded headphones.

It only took a week and now I just give three short blasts and they all turn up in the kitchen to see what I want them for. I can only urge you to grasp the parenting strategy with both hands. You will not regret it.