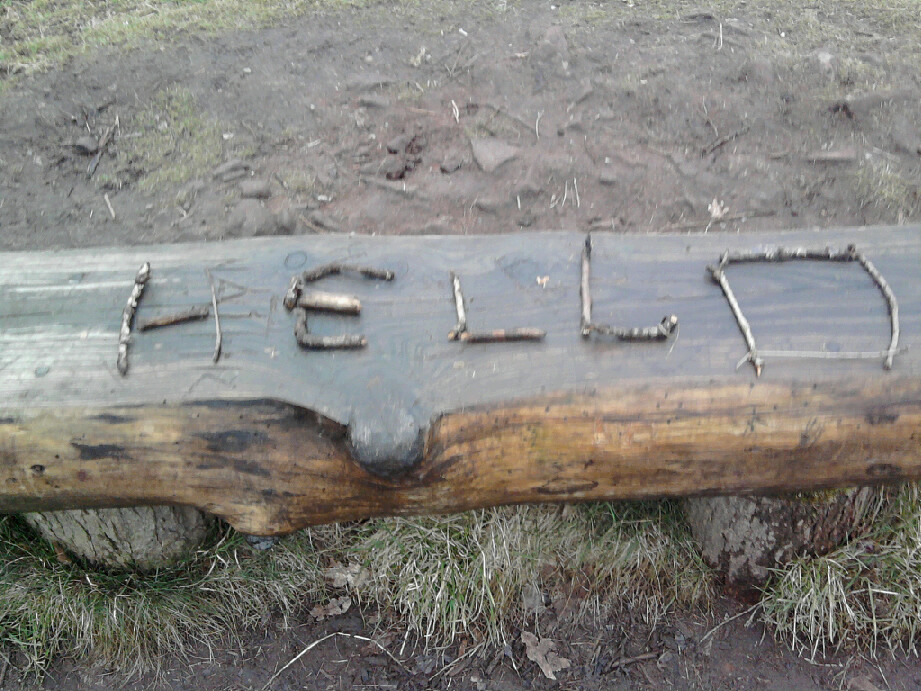 Yesterday was my brother’s 42nd birthday.

As the years go by the fact that he’s not there to celebrate birthdays and the like really doesn’t get any easier. After the first year or so, that old chestnut about time healing is actually a lot of crap. It doesn’t, you just learn to live with it.

Anyhow, this isn’t about feeling all sorry and soggy. It’s about the sheer strangeness of things.

After Nathan died his best pals installed a bench in his memory. Today, Mum and Step-Mum decided they’d visit to have a word with him – it seems like a right sort of place to do so from time to time.

When they got to the bench, this is what they found waiting.

A message for them?

But, still. It managed to give them something to think about other than the gaping lack of him.

Funny how things happen, isn’t it?