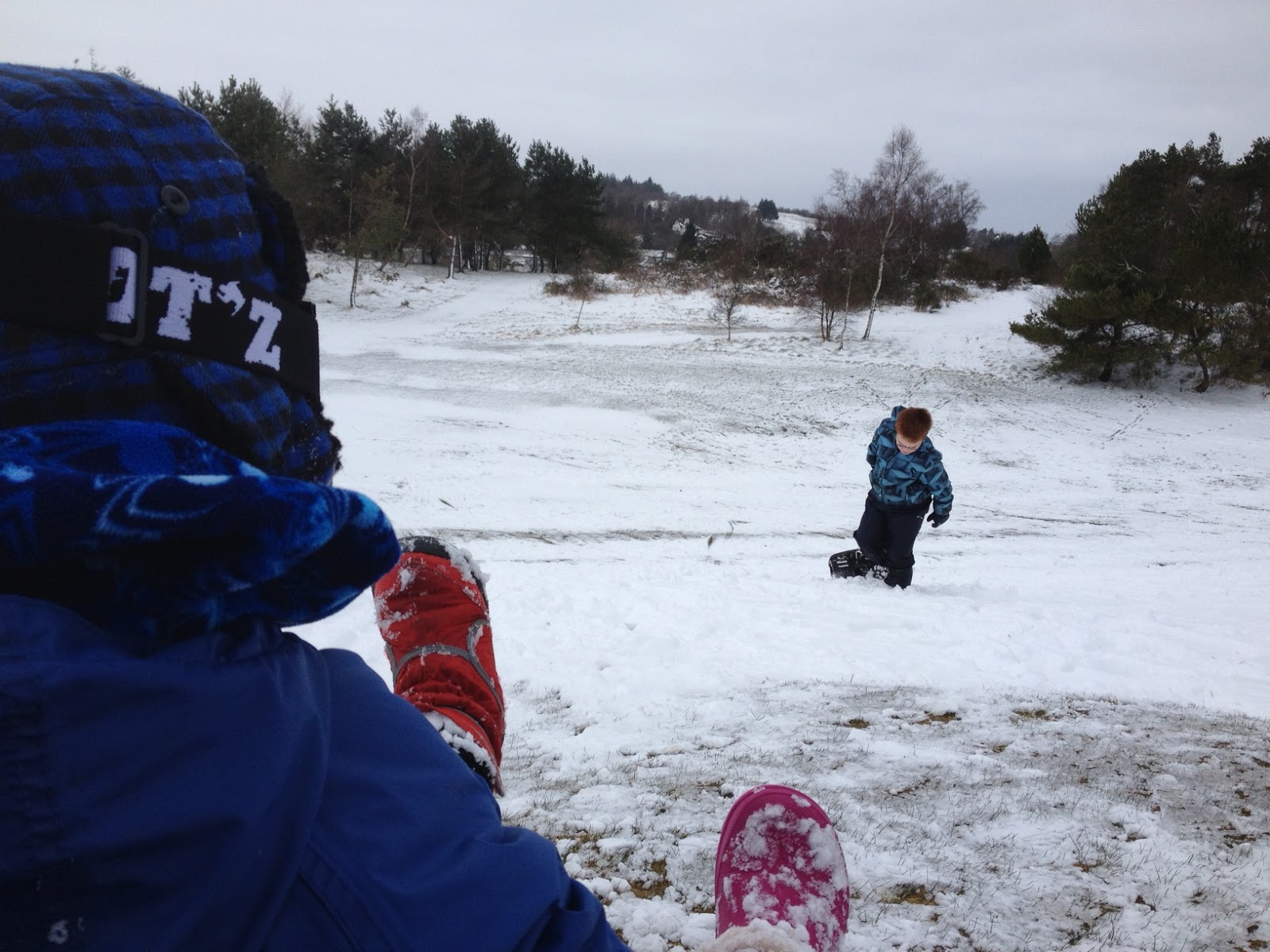 We woke to lots of pristine whiteness this morning. Once Boy Two’s football match was cancelled we could consider the day properly.

“It would be quite handy to be snowed in,” I thought. And so we were – I didn’t let the fact that the roads were fairly clear deter me.

I made bread, created a Jake Neverland Pirate costume for Boy Three and a gift for the host of the party he was invited to this afternoon. There was even time to spare for a spot of sledging while the bread baked.

This is Boy Three and I preparing for a descent while Boy Two comes back up the hill. Elsewhere, Boy One was sitting alone in a snowdrift, like a teenager only colder.