You are here: Home / Uncategorized / A monocle arrived in the post today

Today, among the usual stuff, the postie brought a monocle for Boy One. Also winging its way towards us is a cane. The ensemble isn’t complete yet as I have been consulted on waistcoats and I know he already owns a pocket watch. 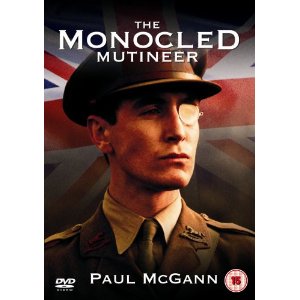 Boy One has a singular sense of style and it’s probably only a matter of time before he decides that spats are necessary for his current, erm, look. 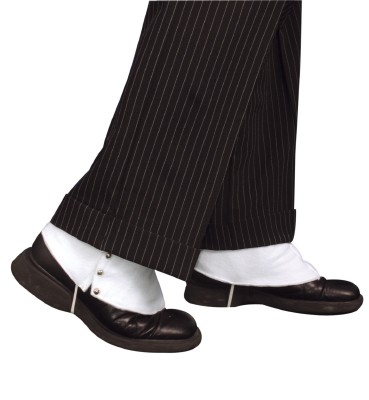 Although his current go-to footwear are very loud multi-coloured and canvas. I’m not quite sure he’s got the big picture on this.

What I am sure about is that he – and his brothers – are very certain about the things they want to wear and they rarely coincide with the things I want them to wear. Footwear for example…

Boy One covers his rapidly growing feet either with smart school shoes (which he’d wear all the time if he could) or the canvas things. Last year he would only wear Crocs until the point when they started to look like toe covers rather than whole shoes.

Boy Two equally contrary but differently motivated will do anything to avoid wearing what he’s told. Out of school he will also try to wear Crocs (no socks – ever) even when it’s snowing or we’re going somewhere really posh.

When rumbled he’ll reluctantly change. On a school day, however, he resorts to great elaborate bits of subterfuge to avoid wearing his (not very old) school shoes, preferring trainers, football boots… anything in fact. If he had them I’m certain he would put on ballet shoes or Ugg boots if it meant he was avoiding toeing the line.

Now Boy Three is getting in on the act. Not withstanding the fact that he has a couple of beautiful, cute and well-fitted leather shoes, he would far rather be cutting about in Lightning McQueen wellies or his version of the ubiquitous Crocs.

I suppose I should celebrate the fact my sons each have a clear and distinct sense of style. One day it’ll help them stand out and look cool. Perhaps creating a new dawn for the British eccentric.

Though I can’t help thinking it’s as simple as the fact they’d rather wear anything than something I suggested/bought/prefer. Contrary, all three.

This post has been brought to you by Alex and Alexa.