You are here: Home / beard / The facial hair post

We’ve all been dwelling on facial hair here at the Palace of Bundance. Some of us have been dwelling in it while others would like to.

We’ll start with the oldest. The Panther of News is once again hirsute. It comes and goes with him, on a whim, maybe, or, perhaps, on whether or not he’s remembered to buy any razors.
The thing with my husband’s facial hair is that every time he grows it back it makes him look a bit different. And I never know who I’m going to get.
One it was Matt Cardle-esque.
And that wasn’t too bad at all. Luckily the MCB didn’t come with a craving for silly headgear.
Then there was the McGrath. Or the Rory to its friends.
Current incarnation has something of the George Galloways about it. “Gorgeous George?” said the Panther when I told him of the similarity. Of course. 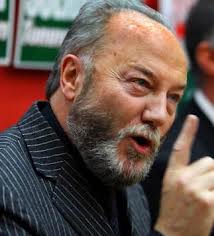 Moving down the ranks, chronologically. Boy One is sporting a proto-tache. He’s 13 and really quite pleased with it. I do keep asking if it isn’t time for the shaving lesson, but he doesn’t seem keen.
When’s the right age to start the “best a man can get” “one blade shaves you close” routine? Do you start when what’s there hardly qualifies as bum fluff or do you wait until there’s quite a growth?
And if Boy One’s pride in his baby whiskers wasn’t enough, Boy Three has decided that he must have a beard too.
“I want a beard.”
“You can have one when you’re grown up.”
“No, before then.”
“I’m sorry. You can’t have one until you’re much bigger. Bigger than Boy One in high school.”
“Waaaaaa.”
That was yesterday’s unreasonable three-year-old’s demand. Today was easier. “I want a tattoo.”
Boy Two obliged