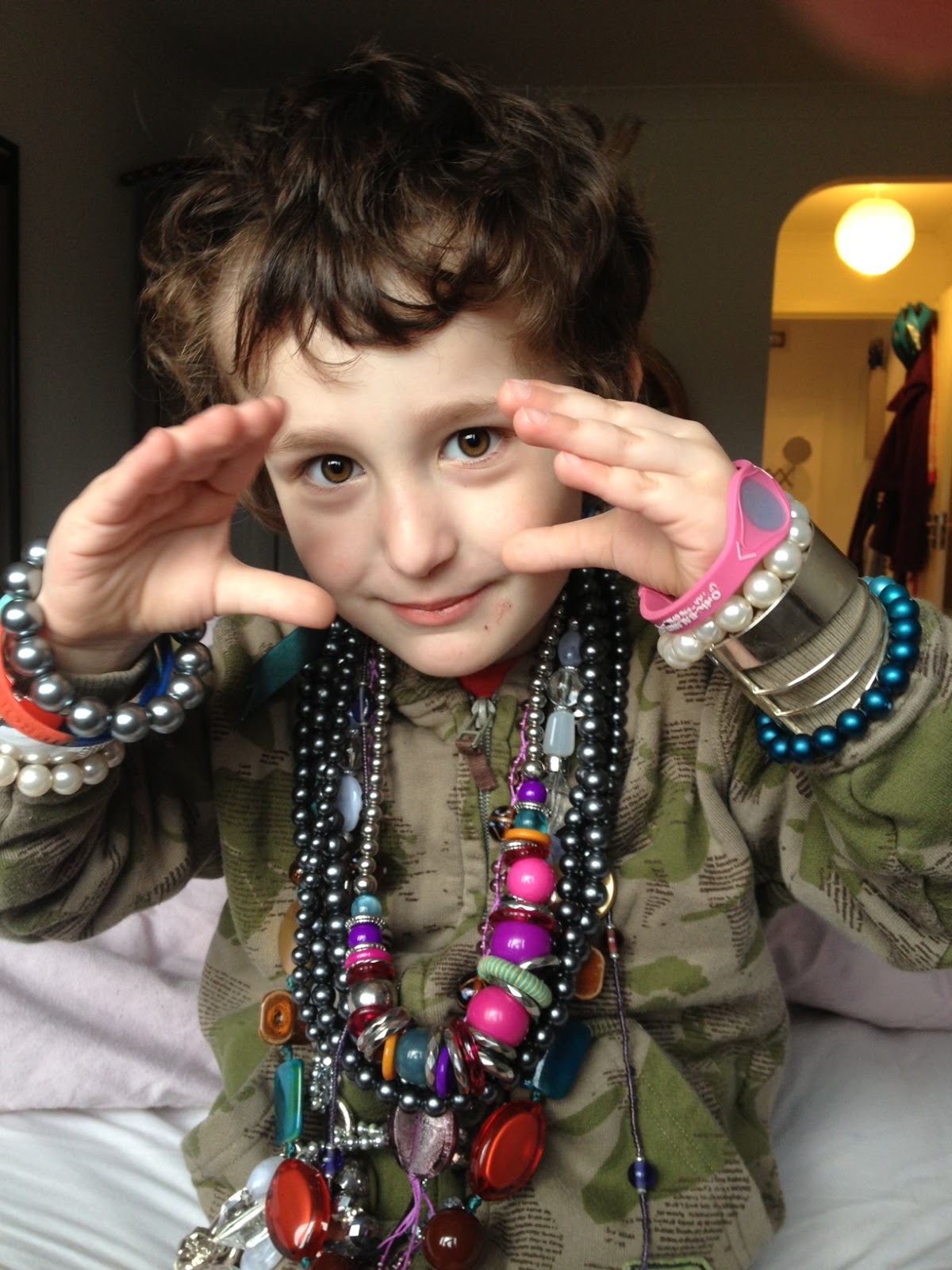 This is Boy Three in his regalia. Apparently, he’s the king, I’m the queen, the Panther is the knight and his brothers are the princes (although after consideration Boy One became the palace baker. We don’t have a princess and we really, really need a princess.

A little while later, the king would only eat his toast when presented with due ceremony. When I asked if he wanted rectangles or triangles (we are a geometrically correct household), he stood in the kitchen mute, his lips pressed together so tightly they were white and shook his head. Eventually, I fathomed that I had to say: “Oh King, how should I cut your toast today?”