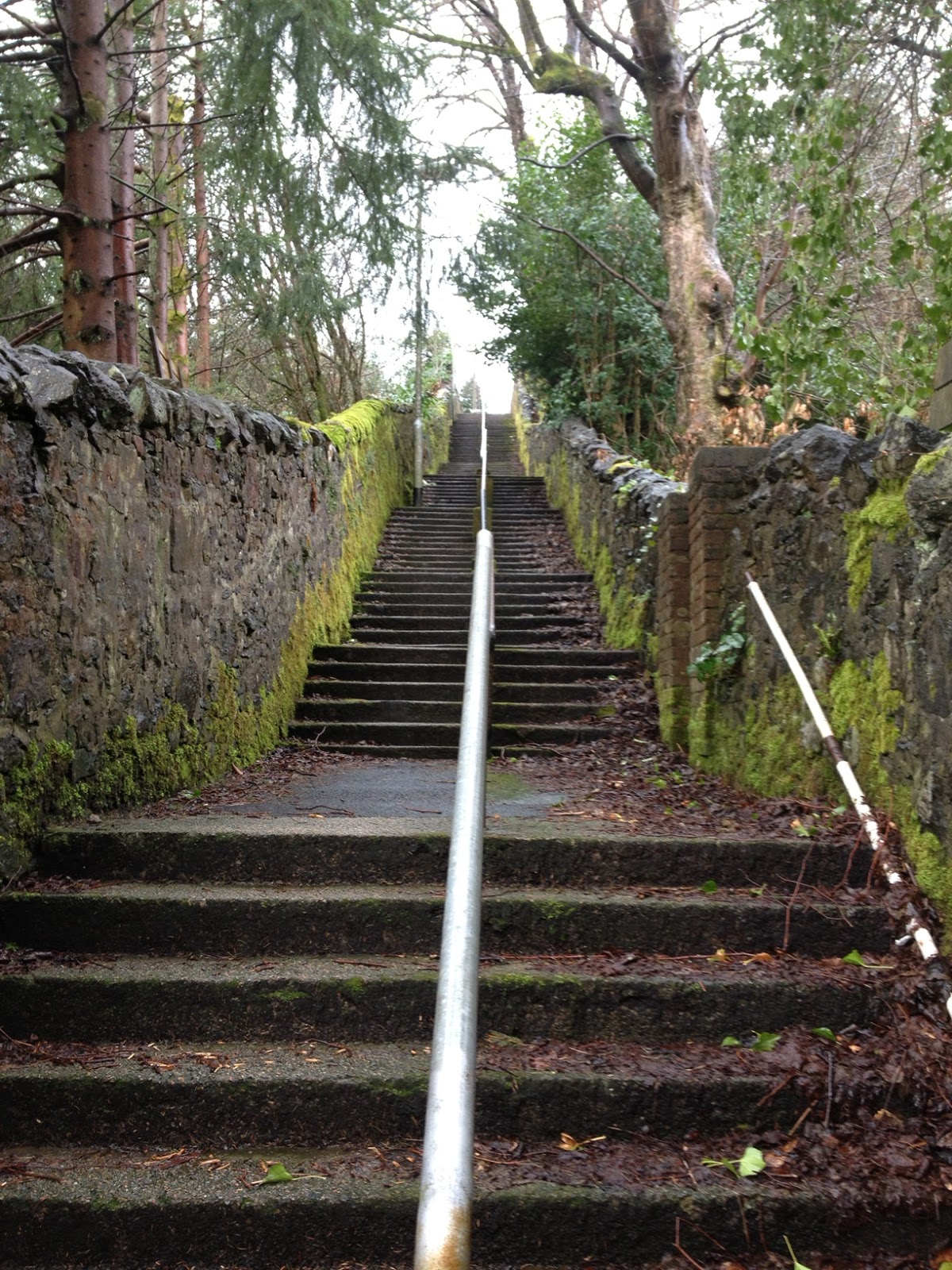 Hands up if you want a Sunday sermon.

Oh well – I don’t really like them either. Especially not online ones. It’s usually some barely adequately photosshopped image of water crashing on the beach with a homily on the blindingly obvious.

But today a real one came true for me.

Having realised it’s only three weeks until the Glasgow Women’s 10K I thought I’d better go out in the rain for a bit of a jog.

We live at the top of a hill so every route from the front door will, at some point, necessitate slogging up a slope. Consequently I spend disproportionate amounts of time figuring out routes where the incline comes at the end, is gentle, or so steep as to justify walking.

Then today just as I was bracing myself for the main up hill return I spotted a man stepping out of the bottom of a flight of stone steps. I must have seen these steps, as I have passed them probably several times every single day for at least a decade – on foot, cycling or in a car.

However, I simply hadn’t noticed.

I climbed them. Steep, mossy and chunked into flights, they took me out exactly at the same level as our house – but half a mile from home.

Now I’m rather pleased I’ve found a quick way of getting from down there where the village and the good routes are to up here that, done briskly, is enough exercise to justify not running.

It just goes to show – quite literally – that if you have a closer look at somewhere nearby you might well find something surprising.