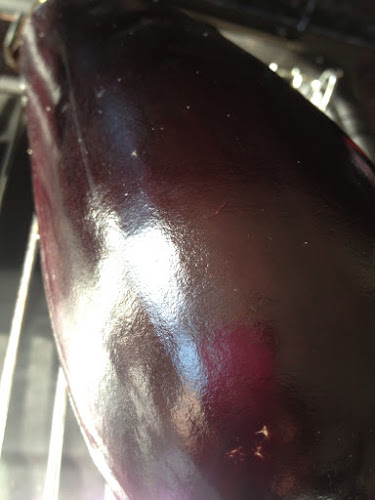 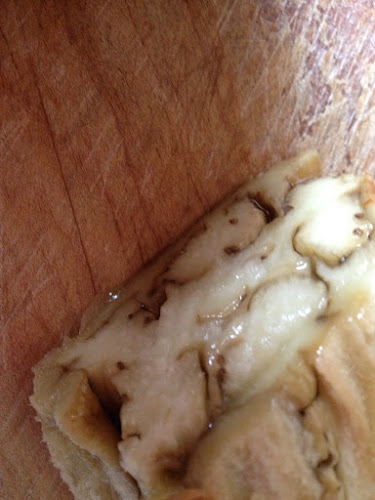 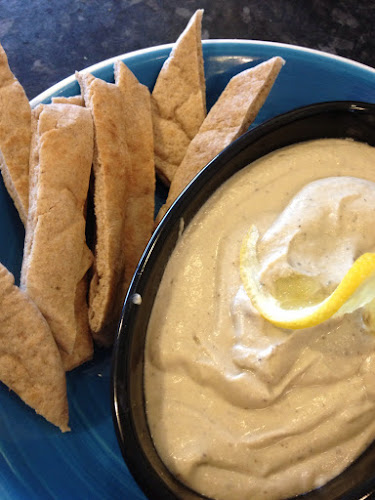 Why would you call it an eggplant? There’s nothing the least bit eggy about the squeaky purple thing

I got a notion to turn some into baba ghanoush some weeks ago, fancying the smoky silky dip with pitta bread.

However, it took quite some time to track down the tahini, which isn’t available in our nearest supermarkets.

Earlier this week I made the epic voyage up the M8 to Sainsbury’s and after a couple of fruitless laps I found a little jar in the specialist section. Hurrah. (Yes, I don’t get out much.)

Today I roasted two aubergines. They were supposed to have half a hour, but, obviously I forgot and they had an hour in the oven.

When they were cool I skinned them and bunged the squashy insides into the Magimix with two spoons of tahini, a squeezed lemon and two garlic cloves. Then I whizzed it until Boy Three moaned about the noise.

The mixture was a bit sharp so I bunged in half a tub of cream cheese with some seasoning. Yum. The result was well received and rapidly scoffed.