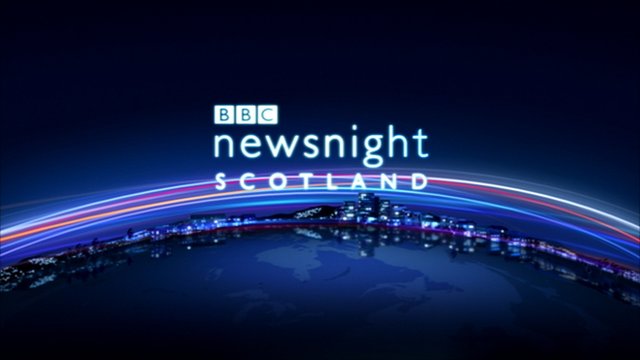 If you watched last night’s BBC Newsnight Scotland special debate and thought that woman in the back row looked oddly familiar, it was me. If you thought she just looked odd, it probably wasn’t…

The audience comprised people who live in Scotland but who didn’t start life there. I was invited along because I’d written a post about it. Though if, on the back of this, the producers were expecting someone articulate and engaged, they were sadly let down.

I tried to come up with questions relevant to an audience of what the Yes camp are claiming as ‘EnglishScots’, but evidently didn’t cut the mustard.

Actually, I was quite surprised that the questions that did get chosen were more general – such as “should Scotland vote on membership of the EU?”, “what currency should be adopted?” and  “what fiscal levers would an independent Scotland employ?”.

There didn’t seem to be any interest in exploring if the issues looked different from the viewpoint of non-Scots member of the Scottish electorate. (Not a snappy title, but much more comfortable and accurate than ‘EnglishScots’.)

That said, there were interesting points raised and discussed.

On the panel were newspaper columnist Katie Grant, Green councillor Charles Booth, Labour MP Gordon Banks and SNP MSP Humza Yousaf. Two from each camp. I wonder why there was no LibDem.

Beforehand, chatting to a few other audience members, there was a strong sense of ‘undecided because we need to know more’. I sensed an understanding that there must be a middle way between the ‘unlimited free unicorns’ promised by the Yeses and the ‘we’re all doomed, Captain Mainwaring’ from the Nos, but many of us hadn’t figured out exactly which way it went.

During the debate, the charismatic and charming MSP Humza Yousaf proved to be more then a match for understated and slightly-downturned style of MP Gordon Banks.

Once the cameras stopped an audience member said: “Interesting how none of the questions were against Independence.”

Then later, Humza tweeted this:

Sure there were some who had made up their minds, but many hadn’t and here’s the thing:
A question is a question, not a for or against statement.

And in order to find out the kind of information needed to make an informed decision – or as informed as it can ever by – we need to ask lots of questions. And we need to ask questions that start with something like ‘so, in an independent Scotland would there be…. ?’.

This means that we have to spend some of our question imagining that there have indeed been more Yeses than Nos. But it doesn’t mean that we are wishing that to be the case, or suggesting that we will necessarily be among those Yeses. It simply means we need more ‘what if’ information.

SNP supporters appear to be quick to include those ‘let’s supposes’ as endorsements of their campaign and that simply isn’t the case.

I watched the broadcast last night, of course I did. I didn’t get much time in the spotlight – probably because I didn’t get to ask a question. But if you look closely you’ll see that, while I thought I was sitting still as a still thing, while maintaining a look of intelligent curiosity, I was, in fact, twiddling my actual thumbs.