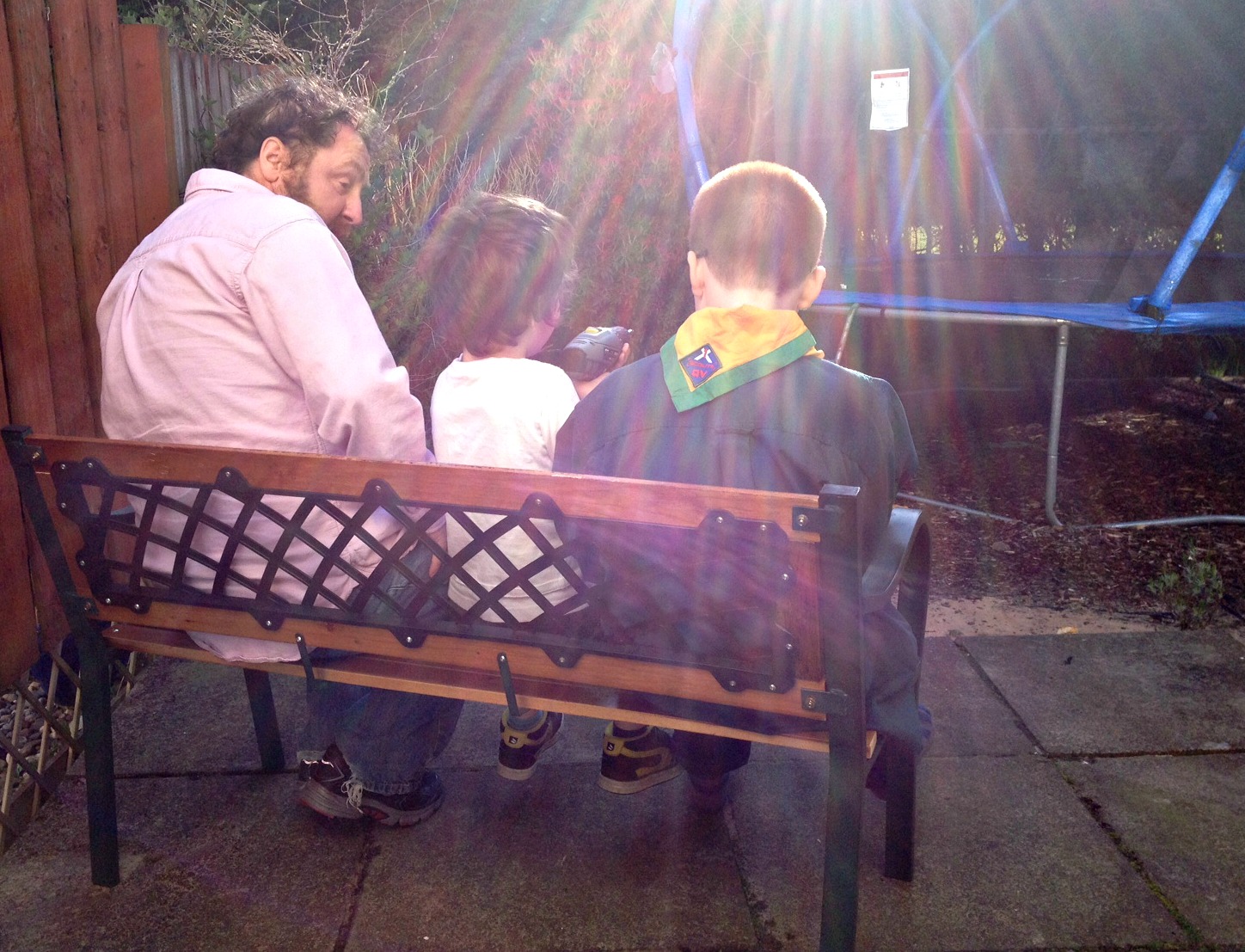 Two whole days the sun has shone, brightness all around.

The light has streamed in and started to turn my head. I’ve found myself thinking about linen trousers, sun tan lotion and barbecues.

I was so far into a fantasy about sitting outside, shades on, reading the papers and sipping a cup of Earl Grey that before I knew it I’d bought a bench.

I realise that as fantasies go this was hardly setting the heather, or anything else, alight. Much more Grey Shades for the Over Fifties than anything steamier.

Anyhow, the bench arrived – the way of most things these days – unfit for purpose without some degree of effort or irritation. Then I remembered the Panther of News gave me a power drill with a screwdriver attachment (no not a euphemism) for Christmas. The drill made short work of the bench.

Unfortunately at this point Boy Three got hold of the drill. It’s just like a gun, you see. It took some lengthy effort to disarm him.

Minutes later I assumed the pose, mug in hand. It didn’t last long, however, as it was so cold the shivering was putting me at risk of spilling the tea. I retreated indoors.

It’s probably just as well because the soundtrack to the fantasy – a lawn being mowed in the middle distance – wasn’t going to happen either.

Boy One, enthusiastically tackling the gardening element of his day’s chore had inadvertently severed the Flymo power cable.

I am learning that the biggest challenge of getting others to help is serenity in the face of them doing so.