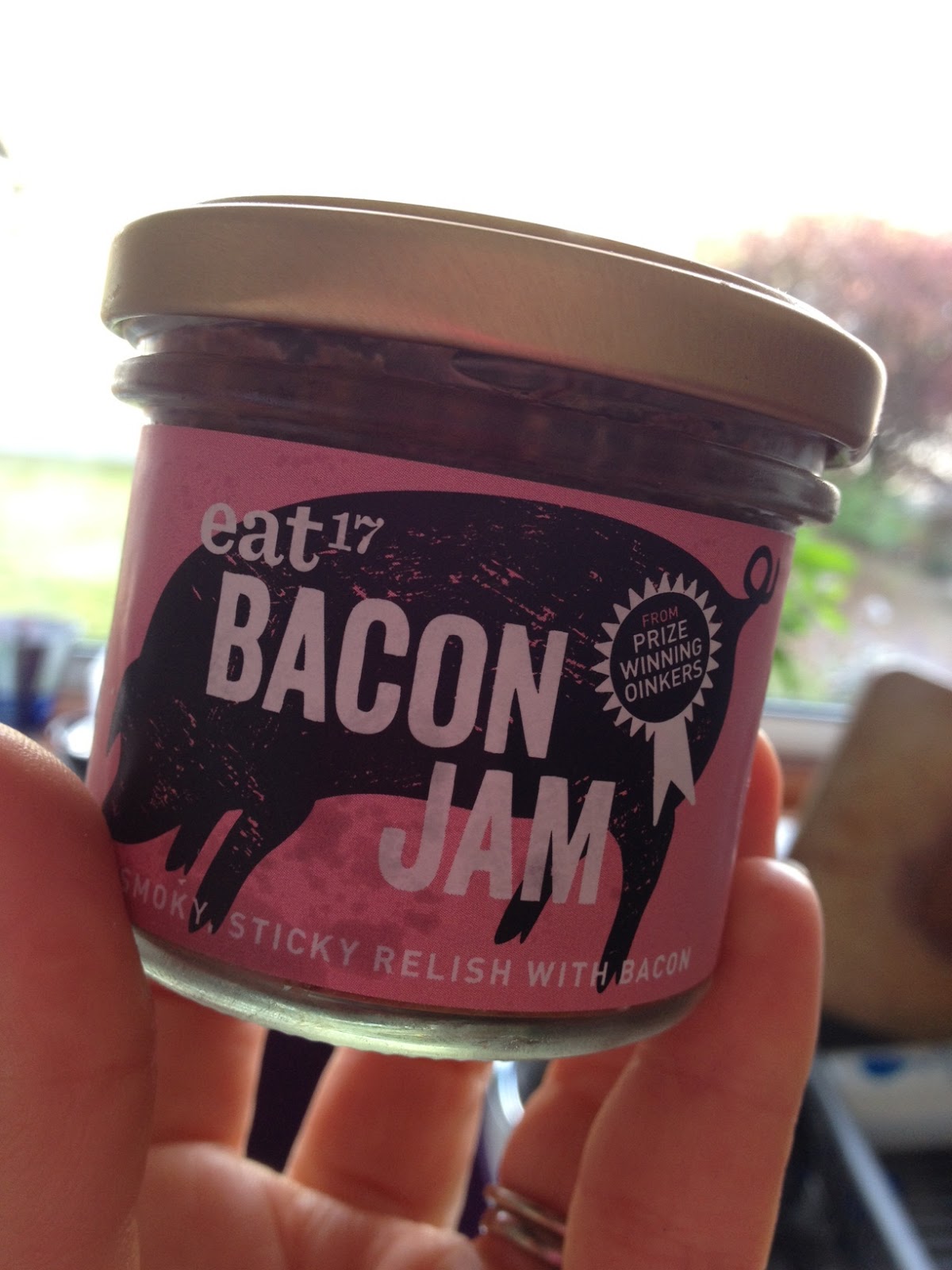 What do you make of this then?
While I was on the hunt for something entirely different, I spotted this on the shelves of Tesco, Port Glasgow. And I couldn’t not get it, just out of curiousity.

It’s one of those things that sounds about as wrong-headed as opposing gay marriage, yet, when you taste it, it makes perfect sense (very unlike opponents to gay marriage). Actually, forget the gay marriage analogy, it doesn’t really work.

Back to the bacon jam. It’s bacony (more by texture than taste) and sweet in a jammy kind of way. (Clearly I am a massive loss to the world of food reviews.) Imagine pate with crispy bits mixed with salty chutney and you’re getting near the thing.
Once you get over the initial resistance, the next problem is what to do with it. It’s not bad with cheese, but you couldn’t put it on ham – that would be tautology. Maybe the best way is on it’s own, on toast, the way of, well, jam.
The Panther of News, normally a man of huge courage (except when there are frogs) refused point blank to even have a sniff. “It’s all wrong,” he roared.
I like it although every time I open the jar there’s a lingering sense of something not altogether proper – like being at work in your swimming cossie (unless you’re a life guard) or being a UKIP member.