You are here: Home / feminism / How to get the rest of the family to do their share of the chores 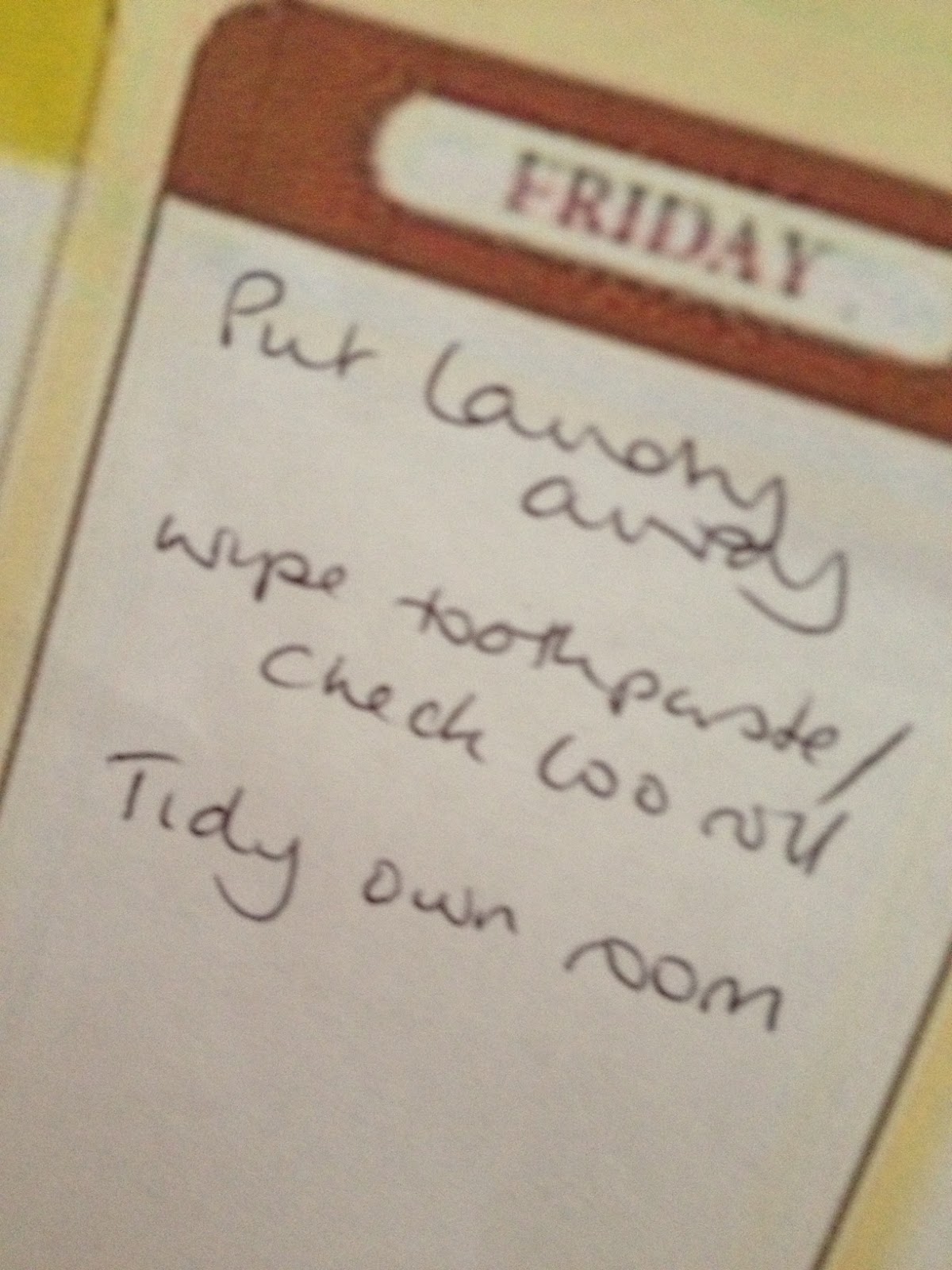 The rota has landed.

Something has been amiss in the Palace of Bundance for some time now. There has been an imbalance in the domestic effort – fairness matrix. In other words, I’m doing all the flipping work and I’m tired of it.

I pondered the matter from a feminist point of view for a while. But it’s gradually dawning on me that this isn’t a gender issue – more one of idleness.

First we had a family meeting where they all listened diligently and nodded that “yes, everyone should pitch in more”.

Then nothing changed at all.

So now I’ve drawn up a rota for Boys One, Two and Three plus, of course, The Panther of News.

Interestingly both Boys One and Two asked where my rota was and what I was going to do now.

I made a list of all the jobs they could do and shared them out between Boy One and Boy Two throughout the week. The Panther’s rota has him helping different boys with their jobs on different days. Plus everyone has a list of things they need to do every day or they get banned from the wi-fi.

Boy Three has a rota too with things like “tidy up toys” and “dusting”, just so he wasn’t left out.

The bigger Boys don’t get to play on their computers or phones until the jobs are done to my satisfaction and training will be provided.

I’d love to know how other people everyone in the family (and I mean everyone (looking at you Panther of News)) to pull their weight.

How do you do it? 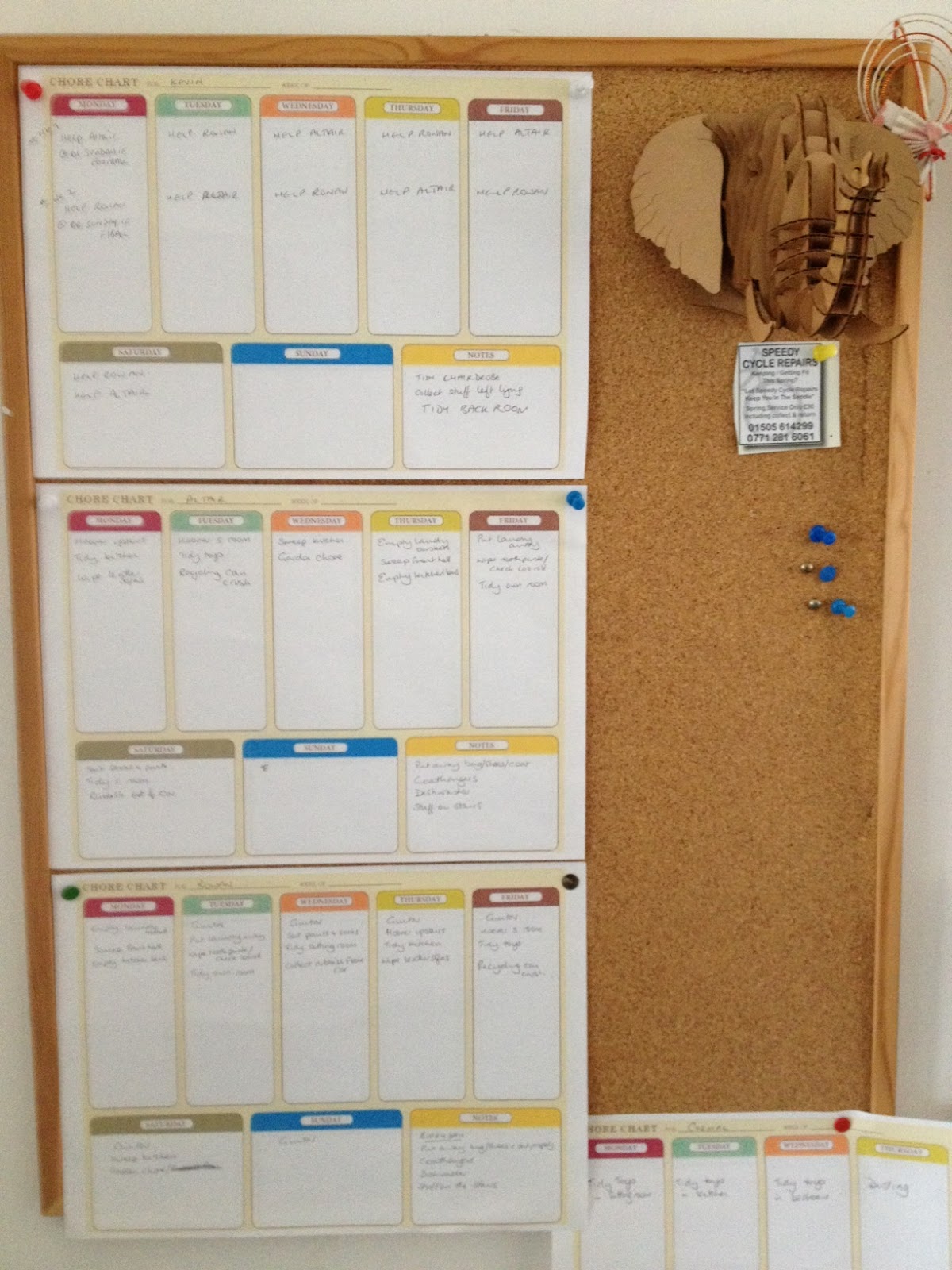