You are here: Home / crisps / Review: Walkers Hoops and Crosses or when did it become tic tac toe? 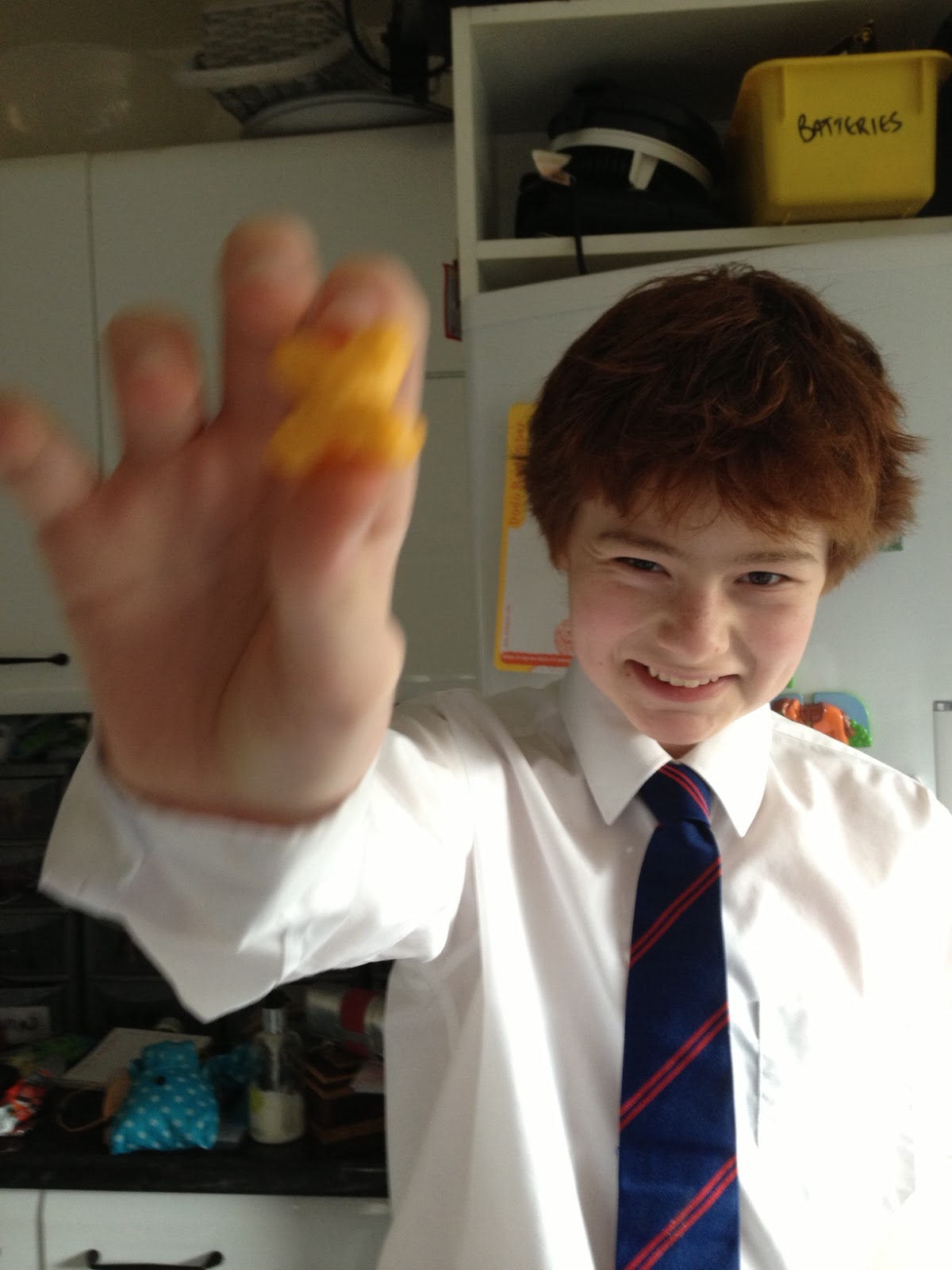 There is a new snack on the block. Walkers have made something called Hoops and Crosses. Not Noughts and Crosses, you see, but Hoops)

The blurb says that they are made from wholegrains (something apparently lacking from most kids’ diets) but are free from artificial colours and preservatives. Each bag is only 85 calories.

The idea is that we parents (who are supposed to care about these things) can add them to our kids’ lunch boxes because they are both tasty and healthy.

Given my loathing of creating packed lunches, I suspect I was something of an easy sell. But what did the Boys think?

Boy One, ever the laconic teen, said: “Yeah, tasty. Whatever.”

Boy Two said: “The prawn ones taste just like prawn cocktail Pringles. This is a Good Thing.”

Boy Three said: “I don’t like the circles, they’re too spicy, but the crosses are yummy.” 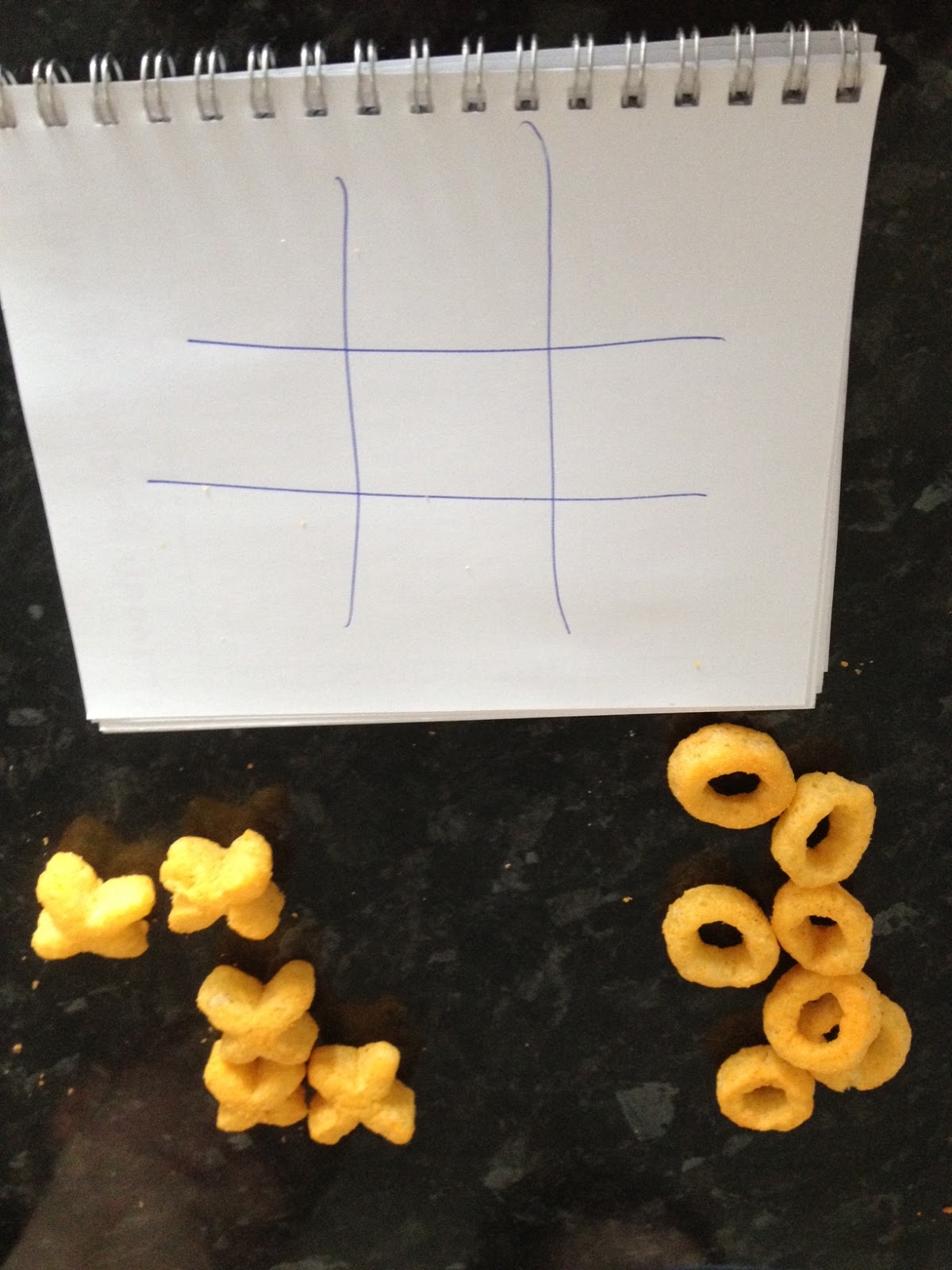 Then we decided to have a go at noughts and crosses. Not hoops though.

Boy Three had looked a bit bewildered at the conversation about noughts and crosses, but as soon as the grid was drawn he said: “Oh you mean tic tac toe. Why didn’t you say so?”

Anyhow, his version of the game, whatever it is called, is somewhat freestyle. Eventually, playing alone, he declared himself the winner. 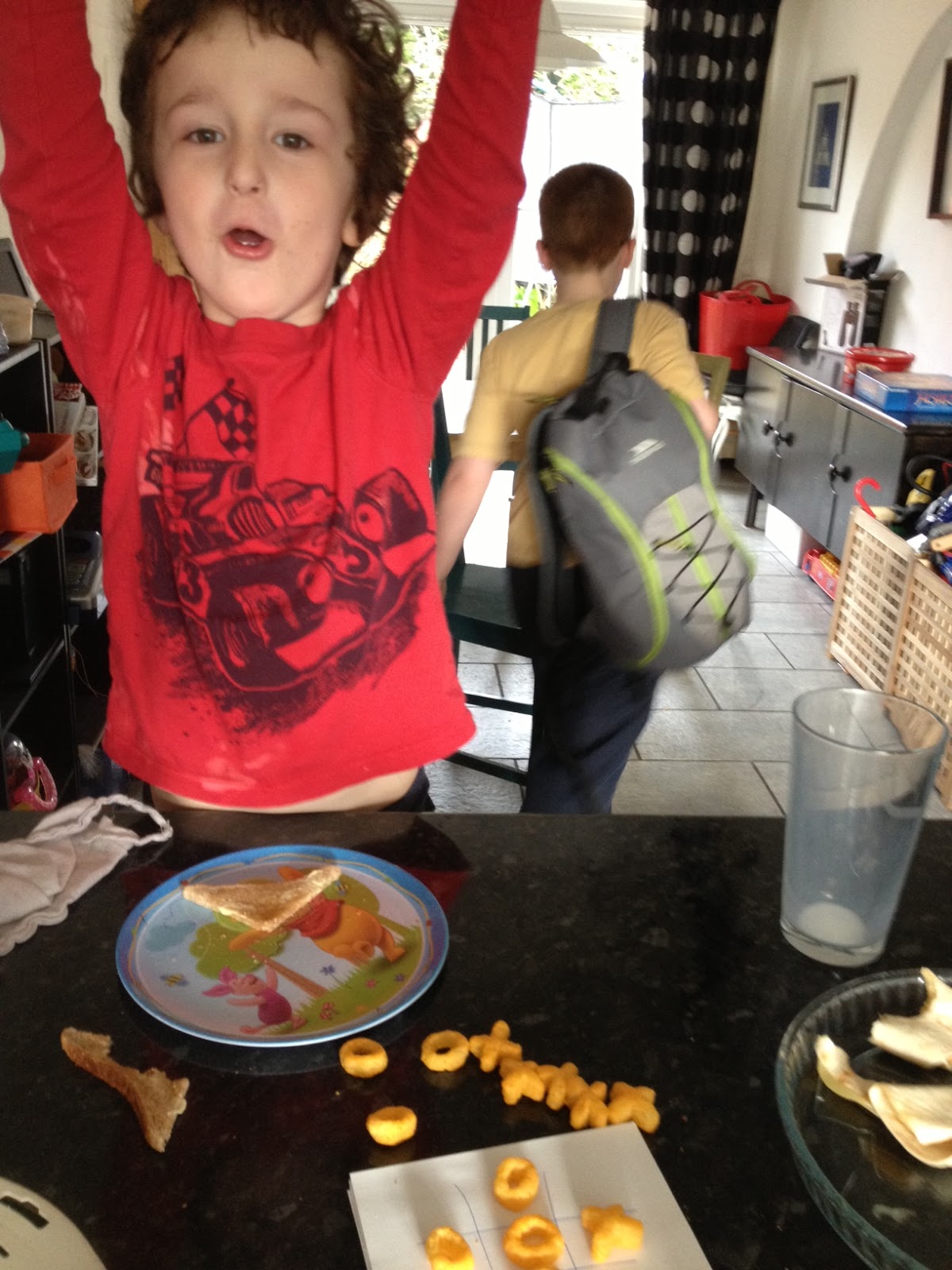 Our verdict on Walkers Hoops and Crosses.

We all like them (me too). And if each bag is made with 56 per cent wholegrain and only 85 calories, I’d say Walkers was on to a winner. We’ll certainly be back for more.

I was paid to try out a packet of Hoops and Crosses, but we liked them so much I have already been out to buy some.