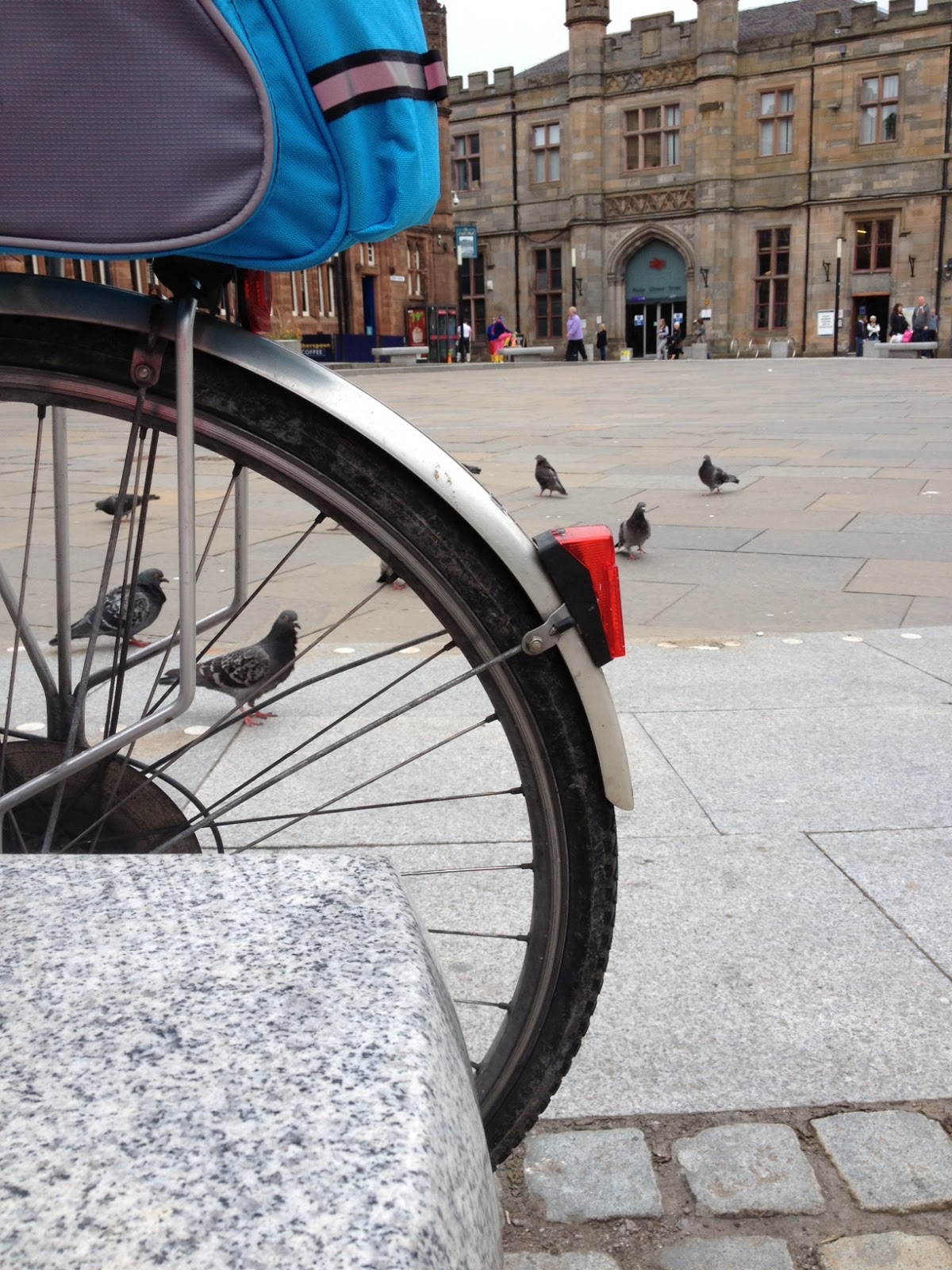 Blimey, the lack of rain must have upset the balance of my mind or something, but today nothing else would do but to go for a bike ride… with Boy Two.

I was inspired by one of the Panther’s colleagues who had ridden from Bridge of Weir to Gourock with the intention of getting the train back. It’s a great ride and mostly down hill.

The only drawback is the reason it’s a great ride is because it’s on the Sustrans track where the railway used to be. The nearest you can get by train these days is a good four or five miles away. (And six on the line from Gourock). These few miles aren’t far when you’re sitting in a comfy car, but could easily be a killer at the end of a long cycling day.

So we decided to cycle the six miles to Paisley, get the train to Johnstone and cycle home from there.

The road through Kilbarchan is really quite steep…

It’s also quite narrow when huge lorries are coming the other way and lots of cars are parked.

The chippy in County Square, Paisley, does very good chips.

The pigeons already know this so start their prowl as soon as you leave the shop – they must be conditioned to the sight of polystyrene boxes. (A visit to Paisley would have saved BF Skinner a bit of work.)

Dressing up as a golfing party with pretend clubs and lurid coloured plus-fours might have seemed like an excellent idea, but the reality meant you just looked a bit foolish on the platform at Gilmore Street. Either that or you just weren’t drunk enough.

Cycling in the rain has a huge effect on spectacle wearers (poor Boy Two).

I may have to revise my enthusiasm for re-claiming the C word. As the brave and bold of Paisley were lurching about the square having clearly had a good lunch they hailed each other with it very loudly.

I’m thankful for accents as thick as short planks. The C-word users’ accents were so thick that neither Boy Two nor I had the first idea what they were on about. Probably just as well.

Cycling proficiency training makes a huge difference. Boy Two is only half way through the course at school, but he is far less of a liability in traffic than he was last year.

You need to undo that little brass thing on the valve of my tyres before you can pump air in. I forget this every time and am briefly bewildered about why they won’t get any firmer.

Travelling with a child on the train, it’s cheaper to get a return because then he or she goes free.

Boy Two made an excellent cycling companion – but then I knew he was going to all along. 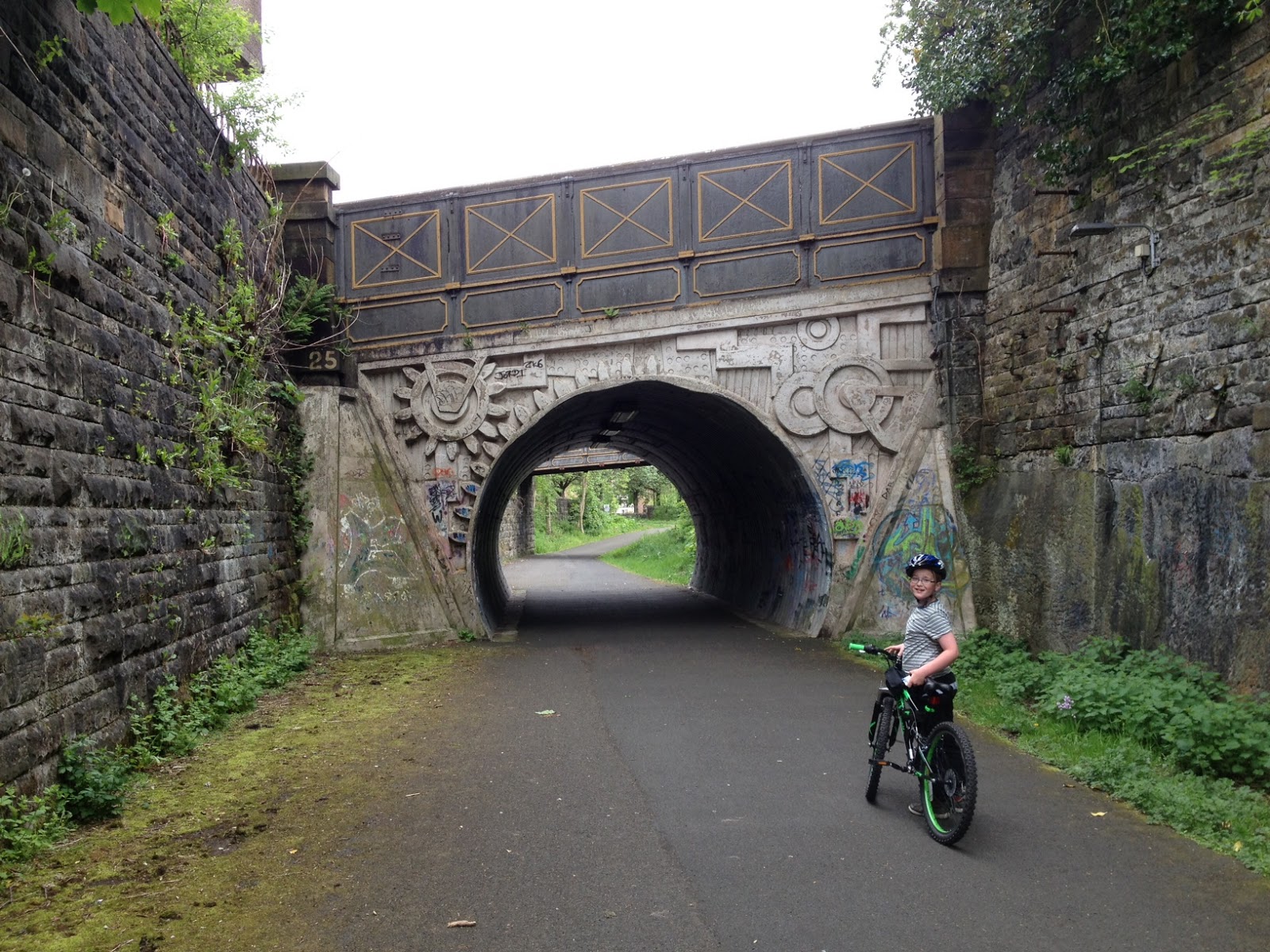 ◄ Vertbaudet: Clothes fit for a king
153/365 Culzean Castle – or we got NTS family membership so we’re going to use it. ►