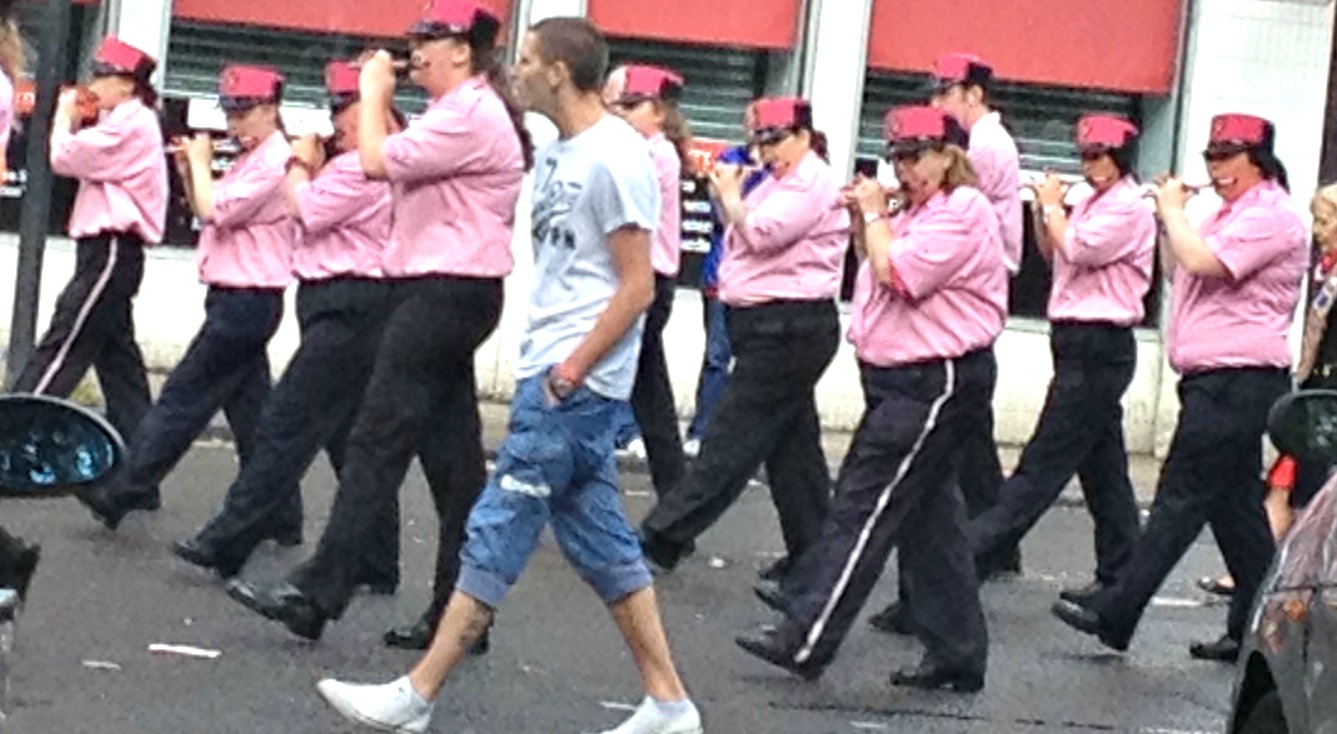 Not brilliant photos, but I was sitting in a traffic jam watching the opportunity to get myself a coffee before work slip away to the sound of that one flute tune that doesn’t seem to have an end.

Orange Walks are parades held by members of the Orange Order to celebrate Prince William of Orange’s victory of King James II at the Battle of the Boyne on July 12, 1690.

I haven’t got the first idea what a battle in Ireland more than 300 years ago has to do with life in Glasgow in 2013 – although it means a lot to those participating and those opposing. That’s not strictly true, I am aware that it’s another strand of the matted rug of sectarianism that covers this part of the world.

But then again, shouldn’t everyone be allowed to do their own thing so long as they don’t frighten the horses? (Serious question with regard to Orange marches.)

What I do know from watching this morning’s walkers pass is that no one looked like they were having very much fun.

There are juvenile lodges – I really didn’t know.

Female walkers often accessorised with union jack handbags or umbrellas. Last year’s Jublilee inspired trends must have been most welcome.

The music really could do with a makeover.

There is a whole lot of regalia and symbolism going on. I knew about the orange sashes and the bowler hats (knew but didn’t know why), but had no clue about the white satin dresses, the girls carrying crowns and the women in air-hostess-stylee uniforms.

The whole lot took 15 minutes to pass, by which time it was too late to do anything but go straight to work and put up with the nasty stuff in the coffee machine.